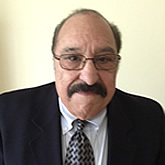 In 2002, a violent explosion from inside the basement of a ten-story building in New York City hospitalized 31 people (four critically) and caused extensive damages to the masonry structure. The blast dislodged portions of the basement ceiling and inside walls, collapsed the concrete stairwells and portions of the elevator shaft, and shattered glass windows five stories above ground,

The building owner leased space inside the mixed-occupancy building to both commercial and professional service businesses. The accident which occurred in the basement of the building was leased to a business that manufactured metal signs with lettered engraving. The metal signs were made of stainless steel, aluminum, and brass. The process involved the use of strong mineral acids and oxidizing agents for engraving the letters onto the metal via an etching process. The letters were painted and the signs were then coated with a protective layer of lacquer, all of which contain flammable solvents.

At the time of the accident, the sign painting company was collecting and consolidating waste chemicals used in the process for removal off-site as hazardous waste. During the consolidation process some waste lacquer was poured into a 55-gallon drum of concentrated nitric acid by mistake. Within moments, a vigorous chemical reaction took place inside the drum followed by a loud hissing sound and a loud explosion. A flash fire which followed was quickly extinguished by the sprinkler system. Most of the damage was attributed to the explosion.

The attorney for the building owner and the property management company retained an expert witness to investigate the cause of the chemical explosion and any conditions affecting the potential liability of the parties involved.

OSHA cited the sign painting company with violations of the electrical code because none of the electrical devices (lighting, outlets, and circuit breakers) were suitable for use around flammable solvents and may have provided an ignition source for the explosion. Also, deficiencies with the air ventilation system possibly contributed with the inadequate venting of the flammable vapors.

An explosion is typically defined as a sudden release of internal energy accompanied by the generation of a pressure wave and a loud noise. Like any fire or other combustion process, explosions require the presence of three key ingredients usually symbolized by the commonly used "fire triangle": a combustible material (fuel), an oxidant (usually air), and an ignition source (heat). Common knowledge dictates that when these three ingredients are combined under the right conditions, a fire or explosion will occur. If any one or more of the key ingredients is absent or removed from the conditions, the fire will not occur.

One condition that must be present in order for an explosion to occur is the presence of a sufficient ignition source, such as, open flames or sparks, hot surfaces, or faulty electrical wiring. The ignition source must be able to provide sufficient energy to raise a portion of the fuel-air mixture to its ignition temperature (the minimum temperature to initiate a self-sustained combustion reaction).

The other critical condition is that the combustible material (fuel) and oxidant are within the explosive limits for that fuel. This is defined as the volume ratio of gaseous fuel to air: too little fuel or too much fuel and an explosion cannot occur. This is similar to improper gas ignition in a car's combustion engine for fuel-air mixtures which are either too lean or too rich.

Ironically none of these traditionally accepted standards were applicable in the present case.

Lacquer contains the highly flammable and volatile solvents acetone and toluene, which were ignited during the fire but not by an ignition source. The amount of air present during the explosion was irrelevant and unnecessary. The oxidant in this case was the nitric acid, which is a powerful oxidant and capable of supplying all the oxygen needed by the fuel.

The chemical reaction of nitric acid with the flammable solvents (in the absence of air or an ignition source) is an extremely exothermic reaction releasing an enormous quantity of heat and gases in a short period of time that cannot be dissipated except by a rapid pressure wave of heat and gases - or explosion. The flammable solvents remaining caught fire in the conventional manner.

Refractive Keratotomy for Myopia and Astigmatism