Panic disorder is characterized by recurrent panic attacks that occur unexpectedly followed by worry and behavioral change, as well as avoidance. A helpful tool with this disorder is “move forward”. As an individual continues to avoid their fears, the avoidance intensifies and becomes more solidified as a coping technique. 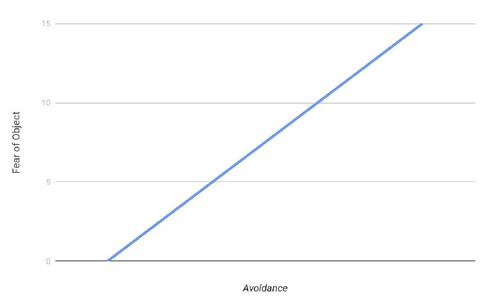 Gabbard (2014) notes that selective serotonin reuptake inhibitors (SSRI’s) have been well established for treatment of panic disorder. Venlafaxine has been FDA approved for panic disorder as well as benzodiazepine monotherapy (alprazolam). These are effective when first line treatments such as SSRI’s and SNRI's fail.

As noted in DSM-V, symptoms of SAD include distress with facing or anticipating separation from home or attachment figures as well as persistent worry about being abandoned. Among children with SAD, school refusal is common. Anxious attachments stemming from dependency produced by parental figures who are overprotective or who use coercive control increase the risk of SAD. Moreover, maternal dependency is inversely correlated with academic achievement. Letting children take risks and recover from them increases resiliency and strengthens their independence and sense of mastery.

Individuals with SAD often display problematic thinking patterns (eg, “they will think I’m weak if my voice shakes”) and disbeliefs, eg, (“If people really knew me, they wouldn’t like me”). During cognitive restructuring the psychologist and patient collaboratively identify distorted or maladaptive cognitions and challenge them using such strategies as Socratic questioning, logical disputation and behavioral experiments.

Mindfulness treatments are less effective than CBT, but can be more cost effective.

A substantial body of evidence demonstrated the effectiveness of several regimens of medicines for SAD including SSRIs and SNRIs have been found effective in clinical trials. SSRI’s are a first line treatment for SAD. Sertraline, fluoxetine, and venlafloxine have received FDA approval for SAD. (Gabbard, 2014) notes that buspirone is effective at a dosage of ≥ 45 mg/ day.

CBT is noted by (Gabbard, 2015) to produce more enduring effects than medicines alone.

GAD is a chronic and highly comorbid illness characterized by excessive and uncontrollable worry (Hecher, et al. 2005) and is associated with fluctuations in symptom severity and impairment (Witchen, et al. 2000). Recovery rates range from 32-58% and recurrence rate is 45-52% (Rodriguez, et al 2006) over a 2 year period. Patients with GAD anticipate negative outcomes or worst case scenarios.

GAD is a chronic and highly comorbid illness marked by excessive and uncontrollable worry. GAD is typified by a later onset than other anxiety disorders. There is a low probability of recovery (32%-58%) and a likelihood of recurrence (45%-52%) (Rodriguez et al. 2006) over a 2 to 12 year period. GAD can be more debilitating than substance abuse disorders and personality disorder. Patients with GAD are vigilant in their environment for potential danger and negatively interpret neutral stimuli as threatening (Mathews & Mac Lord 1994). GAD is associated with restlessness, fatigue, irritability, concentration difficulties, muscle tension and sleep disturbance. Targeted interventions are necessary to address core symptoms. 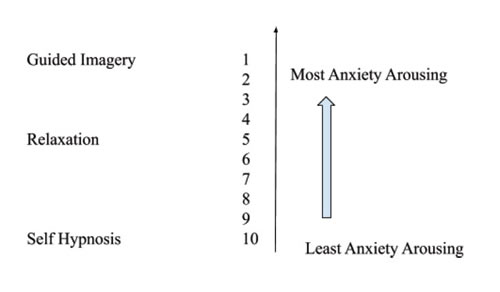 (Gabbard, 2014) notes that individuals with GAD are more likely to be in enmeshed relationships, eg child or adolescent being parentified (Przeworski et al. 2011). GAD is more commonly associated with mental conflict or dissociation than any other anxiety disorder (Ahriman, 1999).

Attachment conflict and difficulties with early attachments are said to play a role in development and manifestation of GAD. In the absence of secure attachment, patients may view the world as threatening, and unpredictable. To build their source of control, patients may become perfectionists, be people pleasers, and require frequent reassurance concerning their worries.

(Crits-Christoph 1995) developed the model of supportive- expressive therapy (SET). In this model, traumatic events are seen as putting schemas in place as representations of self, others and the world that reflects uncertainty involving love, stability, security and practicum. SET assists patients to cope as well as express their needs and responding to others. SET was found to result in significant improvement in GAD symptoms and interpersonal problems.

OCD is characterized by recurrent and persistent thoughts, urges or images (obsessions) that are experienced, at some time during the disturbance, as intrusive or unwanted repetitive behaviors or mental acts (rituals or compulsions) that the person feels compelled to perform to lessen anxiety or discomfort (Rasmussen and Eissen, 1989). Investigations have shown that 75% of patients with OCD will engage in behavioral therapy and that most patients who do so faithfully show both immediate and sustained improvement. Griest and Jefferson (2014) report that effective behavioral therapy for OCD consists of exposure and ritual prevention. A critical phase of behavioral therapy for OCD is psychoeducation because patients vary in their willingness to directly confront their fears in therapy. Patients should be informed that their anxiety level may increase initially during exposure sessions. However, if a patient can tolerate the short term costs of behavior therapy, long term gain will be forthcoming/

SSRI’s have been seen as first line pharmacological treatment. A substantial body of evidence has demonstrated the effectiveness of several classes of medicines for SAD, viz, SSRIs, SNRIs and MAOI’s. SSRIs have emerged as first line medicines for SAD. The disorder effects include comorbid depression, risk of abuse, potential adverse effects on cognition, coordination and development of psychological disorders. Several studies have examined the effectiveness of CBT and medicines for CBT.

These modalities add external and interpersonal techniques to conventional CBT. Acute active therapy has been reported by (Gabbard, 2014) for GAD which has been reported to be more successful in reducing anxiety symptoms.

There are subtypes of specific phobia, viz, fears related to the clinical natural environment (heights, water), situational (dogs, cats), and others which include such phobias as fear of choking and vomiting.

Exposure therapy (ET) teaches patients to confront increasingly threatening situations in gradual steps. Initially ET is conducted with the psychologist and then at home in the form of homework. A fear hierarchy is created jointly by the therapist and patient involving confronting situations in the form of increasing severity. Exposure therapy enjoys a significant success rate (80-90%). (Choy et al 2007) found that brief psychological treatment can be sustained over time. Cognitive factors play a role in etiology and maintenance of phobias (Thorpe and Salkovskis, 1995).

Medicines have been shown to be of limited benefit in the treatment of specific phobias.

ET is the treatment of choice for specific phobia. This treatment can also be conducted with a supportive partner. Experts agree that at least 10 weeks of behavior therapy must be completed before concluding that SRI is ineffective. Patients in medication trials typically had a decrease in time spent with rituals and obsessions of at least 2 hours per day.

(Gabbard 2014) reports that adult (Foa et al 2005) and pediatric (Pediatric OCD Treatment Study)[POTS] trials found that behavioral therapy (exposure and ritual prevention for adults and children plus cognitive impairments for children) reduced severity in the Yale-Brown Obsessive Compulsive scale (y-BOCS) scores more than twice as much as clonipramine in adults and sertraline in children. Combining CBT and medicine added little benefit to behavioral therapy itself. (Gabbard, 2014) notes that medicine treats underlying depression and anxiety and may improve compliance with behavioral therapy which in turn improves the prospect of discontinuing medicine without rapid and substantial relapse of OCD.

Inositol is a second messenger precursor available in health food stores. In cross over designs inositol was significantly more effective than placebo as behavior therapy for OCD (Fox et al 1996), but found effective as an augmentation for patient SRT’s (Fox et al 1999). (Gabbard, 2014) reports that trials of SRI augmentation in severe OCD with relazole, a glutamate antagonist, yielded a y-BOC reduction of 42%.

Evidence strongly supports the findings that Behavior Therapy is more effective than medicines in the acute phase and long term. Patients compliant with Behavioral Therapy and SRI’s have a positive outcome (50% reduction in obsessions and rituals).

(Phillips, 2014) reports that BDD is a common and often severe disorder whose core feature is preoccupation with one or more non-existent slight deficits in one’s physical appearance. The preoccupation causes clinically significant distress in impairment in psychosocial functioning and is not better explained by concerns with body fat or weight in an individual who meets diagnostic criteria for an eating disorder. Insight into the perceived flaws (eg, I look ugly) is usually absent or nil. Most patients are concerned that their view of their perceived deformities is accurate. All patients with BDD engage in
compulsive behaviors with the goal of checking, fixing, hiding or obtaining reassurance about the perceived deficits. Poor psychosocial functioning and high rates of suicidality are characteristics of the disorder. These patients, believing that they are ugly or abnormal seek cosmetic treatment. Studies from mental health settings found that ⅔’s of patients with BDD receive surgery and dermatological, dental or other cosmetic treatment for their perceived flaws (Crernal, et al, 2005). In one study (n = 250) only 7% of such treatments led to overall improvement in BDD. (Phillips et al, 2004) and in another study (n = 200) only 4% of procedures improved overall BDD symptomatology. ( Crevard, et al, 2005). Due to most
patients having poor or absent insight, they may be dubious that they have BDD and that psychiatric treatment can be of assistance. Patients may benefit from reading about BDD (e.g Phillips, 2009). Attempting to convince patients whose insight is poor that they look normal is usually ineffective and patients misinterpret comments, even if reassuring, in a negative light. On the other hand (Phillips, 2004) notes that it is of importance not to agree with patients negative view of their appearance as this may be devastating to them. Mental health professionals need to embrace the patient’s view of the world and provide understanding and support. This is essential to forming a therapeutic alliance.

Although no medicines are FDA approved for the treatment of BDD, serotonin uptake inhibitors (SRIs) are currently considered medicines of choice (Phillips, 2014). (Phillips, 2014) reports that all previous studies advocate that SRI’s are effective for BDD. Patients with delusional BDD beliefs often respond to SRI monotherapy. Cognitive Behavioral Therapy (CBT) is tailored to BDD’s unique symptoms.

Competency To Stand Trial: An Overview Of The Legal Guidelines For Evaluating Competency

This article addresses the different perceptions that parents, students, and teachers have regarding appropriate accommodations for twice-exceptional students.