Leo Neskavich was a 27 year old Czech hockey player who had just signed a three year, $21 Million dollar contract to play for the New Orleans Swampmen, a newly formed hockey team in the NHL.  Leo had a vigorous workout regimen, which included weight lifting and the use of an exercise ball.  His trainer had him lifting weights while sitting on the exercise ball so that he would improve his core muscles while lifting  hundreds of pounds of weights over his head.  Leo also did these lifting exercises on the exercise ball in the sauna.  One day, while doing his weightlifting routine on the exercise ball in the sauna, the exercise ball exploded, sending Leo onto the ground in an awkward position, with the 200 pound barbell landing on top of his shoulder.  Leo’s shoulder was separated and required surgery to repair the damage.  Leo was out for the season, costing the New Orleans Swampmen their best player for 82 games.  Leo and the Swampmen team sued the manufacturer of the exercise ball for selling a defective product.  The lawsuit was for several million dollars as well as marketable value lost to the player and the hockey team.

Leo Neskavich hired an attorney, as did the New Orleans Hockey team.  The attorneys each filed lawsuits against manufacturer of the exercise ball, The Balltastic Corporation.  Balltastic claimed that the product had been used in unforeseeable ways and that they were not responsible for the accident.  An expert witness was retained by Leo Neskavich; this expert was experienced in chemical product failures, especially polymers and plastics.  The expert obtained the ball that had been used when the accident occurred, as well as an exemplar of the same type and model of ball purchased from the Balltastic Corporation.  The expert inspected the accident ball and found evidence of fibers stretched beyond their normal elongation limit in several places on the ball.  The ball was sent for forensic chemical analysis of plastic and rubber and polymer failures to the pre-eminent laboratory in the country, Rubberized Products Laboratory, in Cleveland, Ohio.  Rubberized Products Laboratory was selected by the expert because of their long history of serving the tire industry nearby (Firestone, Goodyear).  Rubberized Products Laboratory examined and tested the exercise ball extensively, and found that they rubber and plastic used did not hold up to the combination of excessive weight plus high temperature during use.

The expert reviewed the test results, and then compared them with the specifications for the exercise ball.  The specifications indicated that the exercise ball was safe for use for up to 500 pounds.  In this case, Leo Neskavich weighed 180 pounds, and was lifting 200 pound barbells for a total of 380 pounds; thus he had not exceeded the specification, which allowed for safe use of up to 500 pounds.  The other issue of high temperature causing the failure of the exercise ball was addressed as follows:  The Consumer Product Safety Commission directs that manufacturers must warn about reasonably foreseeable use or mis use of products if these might bring about hazardous conditions.  The use of an exercise ball in a sauna is a reasonably expected and foreseeable use of this product, and Balltastic Corporation knew, or should have known about the likelihood of their product being used this way.

The expert wrote a report of opinion of these conclusions, and eventually testified at deposition. Case was settled shortly after deposition testimony in favor of Plaintiff Leo Neskavich. 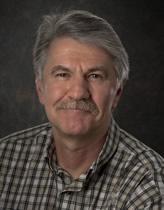 In many occupational settings, clothing must be worn to protect individuals from hazards in their work environment. However, personal protective clothing (PPC) restricts heat exchange with the environment due to high thermal resistance and low water vapor permeability. As a consequence, individuals who wear PPC often work in uncompensable heat stress conditions where body heat storage continues to rise and the risk of heat injury is greatly enhanced.