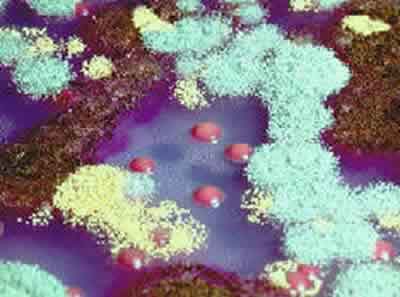 Water and molds have been here much longer than Man. We utilize some, coexist with others, and battle many more of them. Molds help us make cheese, produce penicillin and other useful medicines; but they can also harm us. It is the latter problem that requires a better response from the medical community.

In the courts, numerous battles are waged over the deleterious effects of molds on people but the art of mold exposure assessment is still rudimentary and most professionals dealing with mold exposures are still inadequately assessing these cases. Because of so little interest and attention to this problem by the medical community, mold exposures and their medical consequences are commonly overlooked, misdiagnosed and mistreated. Insurance policies are frequently issued with mold/environmental exclusionary clauses so the healthcare providers will unknowingly acquire this burden as well when trial awards are decided. This leads to an even greater liability for the medical practitioners and institutions that must bear the responsibility for inadequate or incorrect practice. This litigation trend is expected to continue indefinitely and increase over the long run. This article provides some guidance for those who will need to make the best practice choices when faced with this issue.

How Molds Cause Harm

There are four principle modes that molds can elicit medically important effects:

We begin with a hypothetical case study drawn from real world cases. This case involves two individuals residing in a rented mold-containing residence for a one year period. This residence was reported to have several water-related episodes involving roof leaks and other water intrusions. Repeated reports of this condition by the occupants to the landlord met with little or no response. After this became a legal case, on-site environmental investigators reported about 20% of the entire structure had sustained water damage with visible primary mold growth in the bathroom, one bedroom, hall closet and attic and secondary mold contamination in the attic space (insulation) as well as the upper and lower levels of the residence and on ceilings. The basement was also noted as sustaining water contact and mold growth. One resident stated that the mold growth that she was forced to attempt to clean up was extremely dark, heavy and formed a thick layer. She was forced to breathe large amounts of airborne mold spores and fine dust containing it when she was cleaning it off of household surfaces and forced to breathe it over long periods of her residence in this dwelling. She indicated that her daughter was exposed to even higher amounts of mold spores and mold products because the heaviest concentrations of mold growth in the residence occurred in close proximity to daughter�s bedroom.

Both experienced a broad variety of symptoms consistent with heavy, chronic mold exposure. The symptoms were reported to have begun to present themselves shortly after they moved into this residence and water intrusion occurred.

They reported symptoms of excessive fatigue, excessive sleep, feelings of being worn down, asthma and sinus complaints, hot flashing and night sweats, interrupted sleep, musculoskeletal complaints, back discomfort, poor appetite, recurrent low-grade fevers, sinusitis and sinus lesions, recurrent aphthous (cold sore) ulcers, chills and sore throat, difficulty in waking up, malaise, occasional anorexia, bipolar disorder episodes (preexisting) that is normally under control by medication, recurrent ear infections and depression. Their symptoms were similar or identical to those known to be caused by exposure to high levels of mold. These symptoms are non-specific, often indirect and could be independently elicited by other causes. The mother certainly would have had a high level exposure each time she attempted to use normal cleaning procedures on mold infested surfaces. The longer term, lower-level chronic mold exposures would most likely have enhanced the damage potential resulting from the episodic highest exposures that she reported sustaining.

One key observation is that these individuals had very few of these complaints or conditions prior to occupying this residence. The symptoms began occurring after a few weeks to several months of occupancy. The number and severity of the symptoms increased over time leading to greater medically-important damage to them.

Environmental sampling after the mold was repeatedly cleaned still demonstrated high levels of three different types of mold spores. Before a probable connection can be made between an environmental finding and an individual eliciting symptoms or a specific disease condition, a differential diagnosis must be conducted to consider and rule out, if possible, any other potential causes for such non-specific symptoms.

Differential diagnoses for these two individuals indicated that their early symptomology while living in and encountering occasionally high mold-levels had produced a likely extremely high response against the molds present within their immune systems. Younger individuals are generally more sensitive to the pathogenic (direct disease or infection by molds), allergenic and toxic effects of molds. In the daughter�s case, approximately 3 years had passed since her last known mold exposure yet her blood still showed high, well above-normal levels of a class of specific antibodies against one of the molds found in their residence. These antibodies typically fall back into the normal range 3 to 6 months after the individual is removed from the environment causing a medically-significant exposure. Even though standard allergy skin testing against these molds performed by her allergist did not show any allergic reaction, the antibodies in her blood demonstrated her prior exposure years later. The immune system thus acts as a longer-term historical record of the severity and duration of her earlier mold exposure. Many of the reported symptoms that she had suddenly developed when residing at that residence had resolved but the importance of this more sensitive and specific immunological testing cannot be overstated. The testing ultimately revealed that her symptoms were more likely-than-not to have been directly or indirectly caused or exacerbated by that unhealthy environment. The present state of the art in indoor environmental testing procedures focuses only on the environmental results and does not attempt to detect any specific biological responses in those individuals who begin to experience new symptoms or illnesses. Stated another way, the environmental professionals are not �connecting the dots� as they should to make a solid, scientifically valid conclusion. It is up to the medical professional to �fill in this gap� of knowledge when dealing with such cases. Certain specialty laboratories are routinely performing such specialized immunological testing and should be sought out by the treating physicians when they are attempting to diagnose the underlying causes. In the case study cited here, one physician not familiar with these newer procedures, early in this case even considered the symptoms psychosomatic and thus made an incorrect presumption.

After residing in that environment, the two people moved out and have been living in a leak-free, non-mold infested dwelling. Their symptoms have slowly improved over the intervening 3 year post-exposure period and are expected to eventually resolve. This developed into a legal case as a result of the lack of an adequate response by the landlord. Early diagnostic work by several physicians on these individuals did not lead to an accurate diagnosis or treatment regimen. After becoming associated with the case and consulting with the physicians, new testing and new treatments revealed the problems and a newer treatment regimen is now being prescribed. Most environmental professionals may be good at mold detection but are poorly equipped in medical background. It will require a team approach between the medical professionals and the environmental professionals to adequately identify and ultimately rehabilitate the patient, their environment and the legal consequences of such an event.

The Clostridium difficile Epidemic: A Potential Disaster for Long-Term Care

Clostridium difficile (C. difficile), an anaerobic, spore-forming, gram-positive bacteria, has emerged in recent years as a serious health threat in the United States. Although the organism has been known to cause disease for at least 30 years,1 recent mutations have resulted in healthcare–acquired epidemic outbreaks in the United States,2-5 Canada,6,7 Europe8,9 and Japan.10 Genetic fingerprinting has identified a number of strains in clonal outbreaks, and several of these strains are cause for great concern