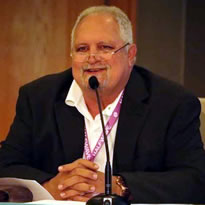 
Most industry codes and standards are not intended to be established as a mandatory industry procedure.  However, some have been adopted as references by regulatory bodies or were written with the understanding that specific portions could be made a mandatory requirement in the future.  The primary objective of industry-developed codes and standards is to promote uniformity across the many companies and individuals working in that industry.  Some are called “Recommended Practices” to assist those with limited knowledge or experience in various tasks.

Regulations are mandatory rules to follow developed by agencies of the executive branch of the federal or state government.  Often these rules are mandated by legislation and assigned to the appropriate executive agency to develop the details for compliance to achieve the results mandated in the legislation.  Enforcement, often involving penalties for noncompliance, is the remit of the sponsoring executive agency.

I was engaged as a codes and standards expert involving a class-action lawsuit against a liquids pipeline company which had experienced a small leak in one of their carbon steel crude oil transmission pipelines.  Although the hole in the pipe was quite small, it still created an extraordinary amount of environmental damage.  The pipeline was under the jurisdiction of the U.S. Department of Transportation’s PHMSA agency and the operating company was fined for the damages caused.  The class-action suit was filed on the behalf of “other affected individuals”.

Upon my reading of the complaint filed, I discovered several errors referencing the 1163 standard published by the American Petroleum Institute (API). The two most significant were claims that the standard was a requirement of the U.S. Code of Regulations governing the pipeline and that this standard was a common industry practice.  Although this standard is currently a part of the Code of Federal Regulations, it was not adopted until three years after the incident.  Furthermore, it was well known anecdotally throughout the industry that most pipeline companies did not adopt the non-mandatory standard as company practice. (In fact, a later informal industry survey found a less than 45% rate of adoption prior to it becoming part of the federal regulations.)

I was next assigned the task of crafting a rebuttal report to respond to the plaintiff’s expert.  I was well-positioned for that assignment since not only had I been a user of API 1163 standard for 15 years, I was also the former chairman of the committee which had authored the document.  The plaintiff’s report was written by a professional engineer with an impressive resume, but obviously little experience in the pipeline industry.  I found over a dozen misinterpretations of the original intent of the standard, some including detailed and time-consuming data manipulation which reached irrelevant conclusions.

My rebuttal report started with a detailed chronology of the genesis of the API standard and how and why it was written.  The standard’s framework development committee received input from the Department of Transportation regarding what issues they would like to see included in the final document.  I then proceeded to address each misinterpretation individually outlining the errors made and how these errors deviated from the intent of the standard.  I also emphasized the point that at the time of the incident the standard was neither included in the federal regulations and therefore unenforceable, nor was it a “common standard of care” adopted across the industry.

In conclusion, the case was dismissed in favor of the defendant pipeline operator for lack of standing.  I also had realized by that time that since the document was approaching its 20th anniversary, many both inside and outside the industry could misinterpret the original intent.  I decided to document in detail the intent and warn others of potential misinterpretations in a separate technical paper which was published by Clarion Technical this past April.

Bryan Melan, PE has over 40 years of experience in Mechanical Engineering and Structural Engineering and Project Management in the upstream and midstream oil and gas industries, including 30 years specializing in Pipeline Integrity Management and Engineering with Sunoco Logistics, Marathon-Ashland Pipeline, and Marathon Oil Company. He is a holder of two patents for a Pipeline Integrity Management Process. As a Pipeline Construction, Operations, and Maintenance subject matter expert witness, Mr. Melan provides services to attorneys representing plaintiff and defendant. His In-line Inspection evaluation services allow him to evaluate pipes and pipelines using non-destructive examination techniques to detect and size internal and external damage.  He has been retained domestically and internationally..