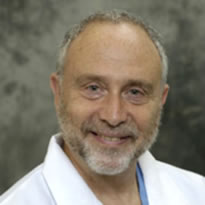 [Inventor] has developed a highly accurate robotic phlebotomy device. It was first described in 2013. The current version of the device uses ultrasound guidance and 3D near-infra-red (NIR) stereoscopy markedly improve accuracy. (The technology is patent pending). This differentiates it from the market leader, Accuvein, which uses only NIR to help find veins. The STAR device was shown to have greater first stick accuracy than a phlebotomist. The STAR system found 99% of veins compared to 76% by phlebotomists. Successful cannulation was achieved in 87% of all patients, 97% of “non-difficult” patients. Not surprisingly, this generated great commercial interest as the initial idea of replacing phlebotomists with machines seemed interesting, as in this article published in Forbes. A portable hand held version using stereoscopic near-infra-red (NIR) imaging to assess vessel depth was shown to be very successful in-vitro. Machine development and improvement continued. It became more accurate by adding ultrasound localization and was coupled with a point-of-care analyzer to provide a “one-stop solution” where blood could be both drawn and analyzed within minutes. This was described in a detailed article in 2016.

To analyze the commercial potential of this instrument, several issues must be considered. First of all, many people are afraid of needles. In a paper, published in “The Journal of Anxiety Disorders,” they point out that “10% of patients are “needle phobics” and 56% of needle phobics had fainted upon exposure to needles” (fainting rate 5.6%). 27% of people have a vasovagal reaction (slowing of the heart rate often accompanied by light-headedness. 1% of experienced patients who have had their blood drawn before and 1.7% of first timers have a serious vasovagal reaction leading to bradycardia and syncope. Therefore, the idea of unattended phlebotomy is, in my opinion, unrealistic. Someone who can reassure scared patients and deal with episodes of vasovagal syncope must be with the patient regardless of how the blood is drawn. Also, if a robot is used, someone who can deal with inevitable machine malfunctions must be present. Phlebotomists, on average, earn $31,415 per year. As you can see here, physician assistants get paid more than phlebotomists (who are not only trained in dealing with scared patients and vaso-vagal events but have considerable experience in dealing with them). Furthermore, in anecdotal interviews with 8 friends, all of them said that they would be uncomfortable with a robot drawing their blood, especially if they were unattended.

In my opinion, this technology could result in 5 products:

These should be considered separately on their own merits.


Testing and Market Potential of Handheld Devices#3 and #4

Testing to determine best form factor - Working prototypes of #3 and #4 should be compared head-to-head with the latest Accuvein device (as Accuvein is the current market leader). The study should be conducted ASAP by opinion leaders in the field and would have to demonstrate clear superiority of the STAR device(s) to the Accuvein.

Market potential - There are 124,000 phlebotomists in the U.S. alone. There are 924,000 hospital beds in the U.S. If there were 1 unit per 10 beds, that would add 92,000 potential sales. There are 9280 surgicenters. If there were 2 units per surgicenter, that would add 18,560. Thus there are potential sales of at least 234,000 units. If, hypothetically, they sold for $5000 and $1000 profit were earned per unit, that would translate into $1.2 billion in potential domestic sales and $23.4 million in potential profit. I like these versions of the product (leaning toward the version without needle insertion and blood drawing as it would be smaller, lighter and less expensive) and think they should be studied in a clinical trial that is designed to meet the requirements for FDA approval. This requires contacting, discussing, and designing the clinical trial with the FDA’s assistance before it is done.

1-I am not enthusiastic about the non-handheld versions of this device as patients must be attended if their blood is drawn by a robotic device which may be intimidating and result in a vaso-vagal event. Also, it is not suitable for bedside use.

2-I am enthusiastic about the use of some or all of the aspects of the STAR technology, particularly, the ultrasound guidance, to produce a commercially successful hand-held device that will compete favorably against the Accuvein, perhaps even make it obsolete. Adding robotic needle insertion and blood withdrawal to the vein finder technology may or may not significantly further improve first stick success of a phlebotomist. It would surely make the product more expensive, heavier and possibly more difficult to use, but it might be worth it if it had a significantly higher first stick success than the hand held device without needle insertion and blood drawing. + I would suggest a 3 pronged rigorous clinical trial, up to FDA standards which compares a handheld STAR technology based device without the robotic withdrawal feature, a handheld STAR technology based device with the robotic withdrawal feature, and the Accuvein device. This trial should be designed, endorsed, and probably coauthored by an opinion leader in the field such as Dr. Dennis Ernst at Mayo.

I am less enthusiastic about the combined robotic phlebotomy – POC device. If it would produce results equivalent in accuracy to current finger-stick POC devices, I’m not sure there would much of an advantage. I can’t see it improving throughput that significantly. If the results were more accurate than current POC devices, that could improve medical care, but you would still have to convince hospitals and labs to buy something that would not necessarily save them money. Also, remember, some patients will always prefer finger sticks to needles for POC lab testing. I could find no literature indicating that syncope was associated with fingersticks.

The fastest way to earn money from this invention would be by licensing the technology to a company that has established access to the target market. Thus, a partnership with Accuvein might be worth exploring.

Lloyd Marks, MD, MBA, FACC, Principal at Medical Invention Consulting, is an MIT trained Electrical Engineer, Johns Hopkins trained Pediatric Cardiologist, and Inventor. Always active in both medicine and medical engineering, Dr. Marks has been granted 22 Medical Device Patents. He currently gives advice to academic institutions, investors, and corporations regarding the commercialization of medical technology. With his unique background in the field of medical device commercialization, Dr. Marks has been involved in protracted Patent Infringement litigation with a successful outcome.