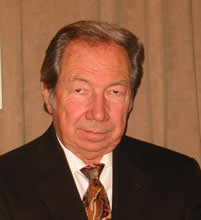 BELT CONVEYORS ARE BEING USED TO HANDLE TOP SOIL, overburden and ore within many of today's strip mines. In addition, belt systems are being used more frequently in connecting the pit limits to the process point or rail loading area.

Many coal mining operations in the central U. S. frequently use a box cut or modified area mining technique. A wide range of equipment is employed with basic stripping operations performed by draglines or stripping shovels.

Generally, in areas where coal lies with in 40 to 50 ft. from the surface, stripping shovels are used because of their speed of operation, while overburden depths of up to 150 ft. in some areas call for the use of large draglines. Because of the high overburden to coal ratios, bucket capacities of stripping equipment range upward to 180 cubic yards for shovels and 220 cubic yards for draglines.

Wheel excavators, scrapers, dozerrs, and front-end loaders are also used for overburden removal. Most commonly used are draglines and shovels with wheel excavators and pan scrapers applied in special situations. Bucketwheel excavators have been effective in areas where the overburden is more easily removed. Shovel and bucketwheel combinations are being successfully applied where conditions permit.

Coal mining operations in the western U. S. commonly use area mining techniques and/or some form of open pit mining where seams are thicker. Basic ore or coal stripping operations are performed by a wide range of equipment including shovels, draglines, scrapers, dozers and front-end loaders.

Overburden thickness in some areas is extremely thin and spoil material can be moved by scrapers, dozers or front-end loaders. Generally, the overburden is considered thin when coal lies within 40 to 50 ft. of the surface.

Ore seams greater than 70 ft. thick present a unique set of problems to be analyzed. A greater emphasis must be placed on proper coal or ore loading, hauling and storing than on overburden removal procedures.

Overburden to coal ratios of 1:1 or less are not uncommon. There are mines in Wyoming with as many as 13 seams ranging from 4 to 93 ft. in thickness, situated sufficiently close stratigraphically to one another to permit stripping of all seams. Mining of the coal then progresses along a series of steps or benches situated at the level of each coal seam. When the coal outcrops along the top of a ridge, the lower seam is the thickest and has the greatest B.t.u. value. This seam is mined first with progressive benching of overlying seams as encountered.

The stripping ratio compares overburden thickness to coal thickness with the limit determined in most instances by the economical and physical limitations of the excavating equipment. Depending on the thickness, continuity, slope, quality of the coal seam, type, conditions of the overburden encountered, size of the mine area, and finally the dollar return per ton of coal mined, this ratio can be as high as 30:1 and still be a profitable operation.

BELT CONVEYOR USE IN STRIP MINING

Frank Loeffler of Loeffler Engineering Group, is a Manufacturers' Representative and an Engineering Firm that specializes in materials handling and conveyor systems. We represent a group of companies that supply turnkey systems and related conveyor accessory products.

Law for the Expert Witness

by Daniel A. Bronstein

Sex, Politics & Religion at the Office: The New Competitive Advantage