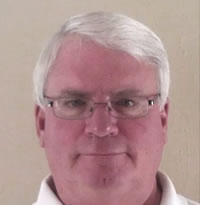 
Off-Road Construction and Material Handling vehicles are expensive and complex, requiring the integration of mechanical, hydraulic, electrical and electronic systems.  Mechanical systems typically consist of an engine or motor as the prime mover, a transmission, axles, wheels and tires for transport and varying earth-engaging or material handling structures to perform the desired work.

Hydraulic systems consist of pumps, motors, cylinders, control valves and piping, which in turn, interface with the mechanical system to deliver power for the work functions.  Electrical systems consist of batteries, alternators, switches, gauges, wiring and lights and electronic systems, consisting of control devices, control panels, gauges, sensors and operator controls, interface with all the above to enable control and safe operation.

My company, Product Development Services (PDS) was recently hired by an axle and transmission manufacturer, who was embattled is a lawsuit claiming breach of contract due to lack of performance of their axles.  These axles were installed on a line of rough terrain, material handling equipment; equipment designed specifically to transport construction materials around rugged, undeveloped jobsites.

The purpose of the axles is to transfer engine power coming from the transmission through an automotive-style differential to the wheels/tires via left-hand and right-hand axle shafts connected to outboard, wheel hub epicyclic gear reduction systems.  This mechanical system is known as low-speed/high-torque, meaning the engine output speed is “reduced” but the transferred torque is “increased”, in this case by a ratio of about 25 to 1.

Our client’s axles were failing at a high rate almost immediately after the start of production causing excessive downtime and costly repairs.  No failures occurred during the design and development of the vehicle when the transmissions and axles were qualified for the application.

When the failures occurred, the vehicles usually became inoperable.  Replacement axles were provided; repair and rebuild kits were developed and a change to the axle design was made but the failures continued.  Our client paid for these repairs under warranty and even extended the warranty well past the contract period but could not help their customer repair the reputation of the vehicle in the industry.

We quickly developed a hypothesis that the failure was resulting not from the axle itself but rather from a design flaw in the hydraulic system.  Specifically, an uncontrolled and unknown pressure pulse was occurring in the low-pressure system caused by surges in oil flow from the steering system.   This pressure pulse would force engagement of the differential lock in the front axle, unbeknownst to the operator.  Normally, the operator must flip a switch on the control panel to engage the differential lock and would do so only when improved traction control is needed.

Various differential lock designs have evolved over the years, some variable and others fixed.  None of them are intended to be used on clean, dry concrete or asphalt surfaces.  When that occurs, extremely high stresses can result in the gears and shafts of the axles.

The axle in this case uses a 100% mechanical lock.  When engaged, both wheels on that axle were forced to rotate at the same speed.  Under slippery conditions, this is the desired operation and when steering, one tire would “slip” while the other tire would continue to rotate.  However, on clean, dry surfaces, the tires would resist slipping and high torques and stresses would result.

Our hypothesis went on to claim that inadvertent engagement of the differential lock was occurring under virtually all operating conditions, not just steering and the likelihood the locks would inadvertently engage on clean, dry surfaces was high.

We tested the hypothesis on 2 separate vehicle samples and collected date that proved that the inadvertent engagement was in fact occurring under normal operations, primarily while steering and that the resultant stresses exceeded the design limit of the axles.  We proved the hypothesis to be true and as a result, an out-of-court settlement was reached in favor of our client.

Integration of mechanical, hydraulic, electrical and electronic systems on vehicles is an engineering challenge that requires attention to known “controllables” and the impact of those but more importantly to the unknown “uncontrollables” that only the voice of experience can identify.

Richard L. Hall has nearly 40 years of international experience in On and Off Road Product Development and Management consulting. An expert in product planning and development, process management and reengineering, and design and development engineering, he provides consulting services in the off-road vehicle and automotive industries. Clients include off-road, construction, and agricultural equipment companies.