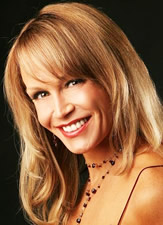 Credentials:
Relationship Expert Stephany Alexander is the founder of one of the most popular women's websites (top 5%) receiving millions of hits. WomanSavers.com is a revolutionary woman-to-woman networking system with thousands of men's names & descriptions entered globally to promote safer dating worldwide.
9/23/2008 · Relationships & Dating
Dating Expert, Stephany Alexander, Reveals the Top 20 Do’s and Don’ts of Dating Rules
By: Stephany Alexander
As a dating expert who has given dating advice to thousands of people since early 2000, there are 20 basic Do’s and Don’t Rules in the world of dating to help you increase your chances of succeeding in dating. Dating can be fun and exciting but getting involved with the wrong person can destroy your life
Read Article
Sex, Lies and the Internet: A Survival Guide For Online Dating
Stephany Alexander
"Sex, Lies and the Internet” is the much talked-about new book from the founder of one of the most popular women’s websites on the internet—a place where women warn other women about abusive men before it’s too late. The controversial website has been featured in the New York Times, CNN, Fox News, Wall Street Journal, Associated Press and more.
The Cheat Sheet: A Clue-by-Clue Guide to Finding Out If He's Unfaithful
Stephany Alexander, Rea Frey
This book uncovers the entanglement of infidelity with tools as simple as quizzes and as versatile as GPS systems. Each chapter reveals true infidelity stories, common cheating excuses and exposes the cheater's thought process and patterns. Readers will learn how to catch a cheat in the act; which rules cheaters live by; how to deflect a cheater's advances; how to forgive; and when there's no choice but to forget and move on. The Cheat Sheet teaches readers to recognize cheating, catch cheaters red-handed, and ultimately find a relationship that will make them happy for a lifetime.