Stephen M. Raffle, M.D. is double Board-Certified in Psychiatry and Forensic Psychiatry. Dr. Raffle has over 49 years as a clinical and forensic psychiatrist offering his expert opinion in Federal and State jurisdictions nationwide. In addition to serving as an expert witness, Dr. Raffle consults to attorneys, judges, insurers, and to employers regarding Fitness for Duty and Risk of Violence (Threat) Assessment:

The job of an expert witness is to educate a jury, judge, attorney, and trier of fact about the forensic psychiatrist's conclusions and how those opinions were derived in a manner well-reasoned, skillful, and easily understood by every person, not only another forensic psychiatrist. In short, an educator. Dr. Raffle’s experience as an educator extends well beyond a forensic venue, yet underpins the key to his ability to explain his opinions.

Stephen M. Raffle, M.D. & Associates' expertise is well-established in forensic assessment in the areas of:

• View Dr. Raffle's Curriculum Vitae
• View Dr. Raffle's Case Studies
12/3/2014 · Psychiatry
Direct Examination And Cross Examination of The Expert Witness: Psychiatrists And Psychologists
By: Dr. Stephen M. Raffle
In order for a medical opinion to be admissible as evidence in civil, criminal and administrative cases, the basis of the opinion must fulfill either the Daubert Criteria or the Frye test, depending on the jurisdiction. The judge of the court rules on the admissibility of the expert opinion. The effect of Daubert has been to limit expert testimony to opinions which are based on a scientific foundation. Daubert specifies that adequate scientific support and method and a known error rate must exist. The testimony of a mental health expert rendering an opinion using criteria which does not meet Daubert standards is weakened by the implication that it is not based on "sound science." In some instances, for example, a mental health expert uses an approach where there are no peer-reviewed studies or methods, such as when psychologists compose their own neuropsychological test batteries. In most cases where an attorney is considering a "Daubert challenge," a contemporaneous and up-to-date literature search is indicated. Also, extensive case law presently exists as to specific issues. Being familiar with the Daubert criteria enhances effectiveness in challenging a mental health expert's opinion, whether on voir dire or cross examination. On direct examination, the strengths of an opinion reached under Daubert criteria become a "teaching moment" for the trier of fact, because it will be founded on the science of mental health assessment.
Read Article
10/27/2014 · Psychiatry
Undue Influence in the Making of a Bequest: A Forensic Psychiatrist Examines The Evidence
By: Dr. Stephen M. Raffle
Undue influence occurs when the testator's freewill and freedom of choice in the disposition of the assets of his or her estate is replaced by the substituted judgment/wishes of another. This can apply to creating a will, codicil to amend a will, trust or other legal instrument.
Read Article
2/11/2014 · Psychiatry
Assessing Emotional Distress
By: Dr. Stephen M. Raffle
The medical expert cannot express an opinion about the ultimate question to the trier of fact: how much is the plaintiff's emotional distress (emotional injury) worth in dollars? Yet when the question of these monetary damages is put to a jury, their deliberations are better-served if considered in the context of a Forensic Psychiatrist's knowledgeable findings and testimony.
Read Article
4/3/2013 · Forensic Psychiatry
A Few Thoughts About Cross Examination of A Psychiatric Expert Witness
By: Dr. Stephen M. Raffle
My teacher and mentor, Dr. Bernard Diamond, pondered the question about the role of the psychiatric expert and other experts in the courtroom.
Read Article
5/29/2009 · Expert Witnessing
The Role of the Expert in the Courtroom
By: Dr. Stephen M. Raffle
My teacher and mentor, Dr. Bernard Diamond, pondered the question about the role of the psychiatric expert and other experts in the courtroom. My first public presentation was to the American Criminology Society on this topic, and it has continued to occupy my attention to the present
Read Article
5/28/2009 · Human Factors
How to Read a Psychiatric Report
By: Dr. Stephen M. Raffle
All psychiatric reports evaluate something, but not always the same thing. For example, eligibility for benefits, or fitness to do a job. To make sense of the report, the reader must determine what is being evaluated and how it is being done
Read Article
5/28/2009 · Psychiatry
The Therapist as Expert Witness? Reasons the Treating Psychotherapist Should Not Be the Expert Witness
By: Dr. Stephen M. Raffle
In civil cases where emotional distress is alleged, it often occurs that the plaintiff’s attorney designates the treater as his expert. Usually the argument is that the plaintiff’s own therapist has spent many more hours with the plaintiff than the defense expert and therefore "knows" the plaintiff better. The treater often agrees with this reasoning
Read Article

Sanjay Adhia, MD, MRO, is triple-Board-Certified in Psychiatry, Brain Injury Medicine, and Forensic Psychiatry. In addition to forensic/expert witness practice, Dr. Adhia has provided patient care in the Houston area. Currently, he treats patients at TIRR Memorial Hermann. His forensic practice focuses on the psychiatric impact of personal injury, medical malpractice, drug and alcohol abuse, sexual abuse, competency, violence, and complicating mental illness, as well as psychiatric disability. Dr. Adhia is among one of the few Forensic Psychiatrists who is also co-Board-Certified in Brain Injury Medicine. Often, Traumatic Brain Injury (TBI) can be a major factor in litigation as it can result in psychiatric or neurocognitive impairments. He has expertise in psychopharmacology, the medicine of medication.

In addition, Dr. Adhia works with Physicians for Human Rights to assess victims of kidnapping and false imprisonment, human trafficking, undue influence, physical and sexual abuse, rape, and fear of imminent death. In all populations, he assesses PTSD, Anxiety, Depressive Disorders, risk of suicide, and malingering. He is experienced in the treatment and impact of drug and alcohol abuse on decision-making. Dr. Adhia has also treated severe psychosis (Schizophrenia, hallucinations) and psychopathology. He was formerly treating patients at a Maximum Security Prison and prison psychiatric hospital. He has treated Opioid Use Disorders.

Dr. Adhia’s findings consider complicating factors, such as emotional distress worsened by other active physical and mental conditions. Other factors are pre-existing mental and physical illness, competency, and capacity (e.g. dementia, Intellectual Disability.) As a physician, Dr. Adhia is uniquely qualified to review medical records and doctor reports. Institutional medicine, medical malpractice, and standard of care apply to both public and private facilities, including government, regulated correctional institutions, and psychiatric hospitals. Dr. Adhia is skilled in these med-legal issues. He conducts Independent Medical Examinations, review of records, and reports his med-legal findings and opinions. He is available to testify in civil, criminal, probate, Federal, Immigration, military, and administrative jurisdictions. 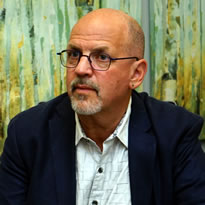 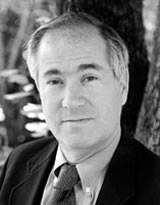 After getting his MD from the University of Colorado Medical Center in Denver, Dr. Reich earned his MPH at Yale University and did his psychiatric residency at UC Davis. Dr. Reich has held academic positions at Yale, Iowa, Harvard, and Brown Universities.  Currently, he has teaching appointments at the professor level at both UCSF and Stanford University. Throughout his career, he has published over a hundred peer-reviewed publications.

Litigation Support - Dr. Reich’s services are available for civil and some criminal law cases. Clients are assured of his personal dedication to each case. He does high quality research, expert evaluations, writes a solid report, and will testify well. Dr. Reich has been deposed over 50 times.

• Dr. James H. Reich's Curriculum Vitae
• Peer-Reviewed Publications
1/25/2022 · Forensic Psychiatry
Drug Treatment Of Personality Disorder Traits
By: Dr. James Reich
This article examines these pharmacological treatments. It first examines some of the drugs that have been used and some of the evidence for their effectiveness. It then takes the mindset of a clinician and looks at how some symptom clusters might be approached.
Read Article

Prevention And Treatment Of Gastric...