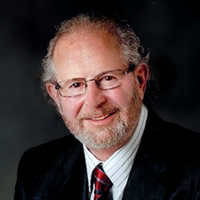 The medical expert cannot express an opinion about the ultimate question to the trier of fact: how much is the plaintiff's emotional distress (emotional injury) worth in dollars? Yet when the question of these monetary damages is put to a jury, their deliberations are better-served if considered in the context of a Forensic Psychiatrist's knowledgeable findings and testimony.

The expert's mission is to determine the plaintiff's mental state before the alleged injury and the changes in his mental state caused by the alleged injury. Emotional distress may be caused by depression, anxiety, anguish, worry, exhaustion, or fear, to name but a few. To provide the most informative/useful testimony, a Forensic Psychiatrist might consider, and investigate if:

The evaluator must acknowledge that he is assuming for the purposes of his opinion that liability is proven, because absent the establishment of liability, there can be no legal damages. He must further acknowledge that his opinion in no way endorses the plaintiff's allegations of wrongdoing and damages, and that the existence of emotional distress in no way contributes to the proof that a tortious act occurred. Essentially, the expert is asked to assume hypothetically that liability of wrongdoing has occurred. The damages expert, in this case the Forensic Psychiatrist, must then establish what, if any, damage has occurred and from what sources. For a Forensic Psychiatrist pre-existing psychopathology must be evaluated and assessed as a percentage of total damages.

Example of a disputed injury of emotional distress:

An employee develops a fixed belief whereby she alleges that her boss is stalking her and has been making telephone calls to her home and breathing over the line. She alleges: anxiety, fear, apprehension, worry, suspiciousness, depression, insomnia, easy startling, mistrust, poor concentration, decreased sexuality.

The defense expert opines she suffers from a "paranoid delusional disorder." He then explains what this condition is and how it affects the plaintiff's perceptions and belief system. He must further state that if the trier of fact finds plaintiff's boss did stalk her, telephone her, etc., then the emotional distress she is experiencing is caused by the boss' actions. The "paranoid delusion" which he is diagnosing may not be exculpatory of the emotional distress because the trier of fact has concluded the belief system is true. If the plaintiff's paranoid delusional system arose from the boss's actions which were illegal, then the current beliefs are a result of the wrongful action, and the emotional consequences are his responsibility.

When the plaintiff's expert renders his opinion, the defense should obtain his testimony that his opinions hinge on the trier of fact first concluding that a tortious act occurred and that it is possible all of the plaintiff's complaints could flow from the delusional paranoid disorder diagnosed by the defense expert. The plaintiff's expert must be compelled to identify what facts he relied on to make his diagnosis, e.g. he relied on the "fact" that the phone calls came from the boss and that they were emotionally disturbing, and the memory of them continue to be. If the plaintiff's allegation about the phone call is found not to be true by the trier-of-fact, then no emotional distress occurred.

Stephen M. Raffle, M.D., a Board Certified Forensic Psychiatrist, has over 36 years of experience offering his expert opinion in Federal and State jurisdictions. Dr. Raffle has consulted for attorneys, insurers, employers and judges. His track record and experience is impressive: over 5000 psychiatric evaluations, 700+ depositions, 150+ trials, a successful clinical practice, teaching career at U.C. Medical School, and Hastings College of the Law postgraduate course "Trial and Appellate Advocacy" for 11 years instructing attorneys about the direct and cross-examination of expert witnesses.

What is Preventive Psychiatry?

Preventive psychiatry is a branch of preventive or public health medicine. It aims to promote good mental health in individuals and to prevent the occurrence or reduce the incidence of psychiatric disease in a population.