Even with creative financing, accounting techniques and decreased profit margins, the American automobile industry appears unable to sustain itself and has suffered significant losses, especially in recent years. Given these realities, it would seem prudent to rely upon baseball and the one special feature they have enjoyed via compliments of a United States Supreme Court Decision in 1922, namely exemption under the Antitrust Laws, basically Sherman and Clayton Acts.

At the dawn of the automotive age, the manufacturing and marketing of vehicles produced by the assembly line concept of mass-production were marketed differently to different segments of the overall population. Succinctly, different types of cars were marketed to different groups of the population and different automobile companies, most of which have long passed from the business scene, developed varied cars for different populations. The automotive industry, like most industries at birth, underwent a period of corporate development and marketing innovation. At the end of the Second World War, especially with the birth of the middle class, suburbia, and the regional shopping center, the automobile clearly became a necessity consumer product, mainly produced in the United States. A surface examination clearly reveals that dozens of different cars manufactured by less than a dozen manufacturers were able to capture the majority of the American automotive marketplace. Recall denotes that there were a few extremely high end cars, a few specialized sports coupes, and a wide variety of family automobiles that captured the majority of the middle market purchaser. An engineer could easily make the case that most of the mid-priced cars were similar and it was Madison Avenue that segmented the market between an Oldsmobile and a Ford Fairlane. Americans selecting their cars sought diversity in a similar fashion to the diversity they sought in the most expensive items they purchased, including jewelry, watches, furs and even color televisions in the 1960s and 70s.

However, as the industry matured, especially in the 1980s, two unforeseen and well documented events came into being that changed the course of the American automotive scene. First, quality imports at an affordable price were easily available to the masses. Previously, automobiles from overseas were either considered expensive luxury vehicles, such as Rolls Royce, Jaguar or Mercedes Benz, or inexpensive "junk" that was purchased by those who were unable to afford the least expensive generally accepted American automobile, such as a Chevy. However, when overseas nations became able to produce a quality and highly respected mass market car, accompanied with the allure of owning a "foreign car", they attacked the well established American automotive industry almost head on. This is not to say there were not some initial hurdles or hindrances, but over a five - ten year period with the sustained assistance of Madison Avenue, a Honda, Toyota or Nissan was as well accepted as a Buick, Mercury or Pontiac. In addition to well funded, established and coordinated competition from overseas, American manufacturers were unable to compete on a cost per vehicle basis. Either the market price of the American automobiles was higher than those of similar quality, but produced overseas or, in order to meet the competition, the American manufacturers had to accept slimmer profit margins.

Under either scenario, the American automotive manufacturers faced a formidable foe that had never before appeared in the American automotive manufacturing marketplace. Quite simply, they sought and often fought to readjust, but as the business cycle ebbed and flowed, oftentimes a substantial amount of losses occurred, as domestic automotive profitability could not compete with overseas vehicles. Many of these corporate losses were brushed aside or hidden by a profit made from the financing of vehicles or income earned in other divisions often far afield from the automotive industry, including the investment and development of real estate projects and other non-automotive opportunities.

Even with creative financing, accounting techniques and decreased profit margins, the American automobile industry is unable to sustain itself and has suffered significant losses, especially in recent years. Utilizing taxpayer dollars to save an industry that does not appear capable of being saved in its present form is clearly both a waste of taxpayer dollars and a delay of the inevitable. The present path appears to reveal the restructuring of the existing American automobile industry via the courts or extreme consolidation of the industry to wherein only a few models are produced in the course of a given year, with additional reliance upon imported vehicles.

However, rather than following either of these paths, it would seem prudent to rely upon baseball and the one special feature they have enjoyed via compliments of a United States Supreme Court Decision in 1922, namely exemption under the Antitrust Laws, basically Sherman and Clayton Acts. While this exemption alone has not fostered baseball, it has surely assisted in the growth of that sport and has clearly assisted the growth and stability of the American pastime. The decision in 1922 basically noted that baseball did not fall within the area of the antitrust laws because it did not involve interstate commerce, but was purely a state affair. The Court has reaffirmed this exemption in 1953 and again in 1972. If a similar exemption was granted to the automotive industry, then the remaining automotive organizations would be free to collaborate on an extremely effective and cost efficient basis. When an industry with such vast importance to our economy becomes engaged to the point of commercial survival, clearly money is not always the answer. The exemption would allow these organizations to share extremely expensive and valuable resources that would lead to cost efficiencies and scales of economy. Except for the rules regarding competition, there is really no reason that each automotive organization has to operate its own test facilities, develop new engines and transmissions from scratch, and utilize extremely expensive assembly plants on a part-time basis. If the organizations were allowed to set up joint research centers that developed an engine or a series of engines that all automotive companies could use and share as well as sharing experimental and testing facilities and other similar sharing opportunities, free from anti-trust interference, the automotive industry would be able to survive and compete with others without any taxpayer money. Simply stated, corporate creativity, as opposed to corporate cash, is the medium for survival. Give a man a fish, you only feed him for a day; teach him to fish, it is useful for a lifetime. Cash given or loaned to the automotive industry will only be good for a few years, maybe a decade at most, but allowing these corporations to share valuable resources in order to achieve efficiencies and economies in a matured industry is both intelligent, risk free, does not require any funds or financial support from the American taxpayer and should last several lifetimes. While an initial loan, of say, $10 billion might be necessary to restructure the industry, along lines associated with an exemption from the antitrust laws, when reaching appropriate scales of efficiencies, a loan would easily be repaid. If foreign governments file suit and object, we could easily agree that their automobile companies have equal rights to sharing facilities, as it is only a matter of time until their automotive companies would need to share facilities for development matters, so why not agree NOW and take an additional problem off the plate of the President-Elect and drive forward, in style?

The problems faced by the automotive industry are clearly not inherent to them or their industry, but evolve over time as industries mature, their output becomes commoditized, consumers no longer are fixated by product differentiation, Madison Avenue, even with Tiger Woods can only sell so many cars and others around the world produce similar or alternative desirable output. The automotive industry, unlike others who face the problems of a maturing business enterprise, is just larger, more pronounced and widespread throughout the overall economy and has thus captured the public's attention to a greater degree. A simple piece of paper, basically a duplicate of the exemption granted baseball, with a few minor modifications, is clearly the initial path to resolving the automotive crisis. If it is good enough for the New York Yankees, it should be good enough for General Motors. Come on, Yogi, in memory of the old Skipper, Casey himself, show the Big Three you can still hit the ball out of the park, with room to spare. This time when Yogi and Casey go to bat, they will not strike out.

Dr. Lehrer has been an independent Economist and Financial Consultant since 1980. He holds four degrees from New York University: Bachelor of Science (Finance), Master of Business Administration (Banking), Master of Arts (Economics) and a Doctorate in Urban Economics. After a career on the corporate lending staff of Bankers Trust Company (New York), Dr. Lehrer became a Manager for the Greek Shipper, Costas Lemos [dec'd]. Here, he assisted in a variety of projects in New York, Houston, Denver, Guam and in Europe. Dr. Lehrer relocated to Houston, Texas in 1977.

With the aging of the U.S. population, financial exploitation and abuse of seniors is a serious and growing problem. According to the FBI, scammers tend to target the aging population because they are more likely to have excellent credit and substantial savings. 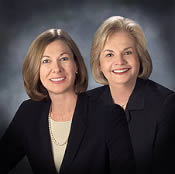 If You Are Searching For Answers

AS AN INVESTOR, you too may have experienced that uncomfortable feeling of not knowing how to read your monthly statement showing activity and positions or other documents sent to you by your brokerage firm