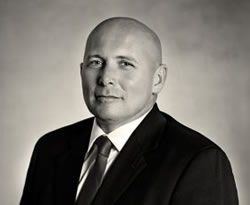 In my 25 years of investigating collisions and traffic related incidents, one thing I have noticed repeatedly is that right turns are considerably better than lefts. I know it is obvious and sometimes seems a little petty; however, when it comes to the safety of your family, it is a big deal. Since I am currently in the process of teaching my second child how to drive, I am harping on vehicle safety a lot and this is one of the many practices I teach. I have instilled in my children (and my wife has picked up on it as well) that they should always plan out their route and, in doing so, make right turns instead of lefts whenever possible. The "Right Turn Only" practice will make your travels safer. 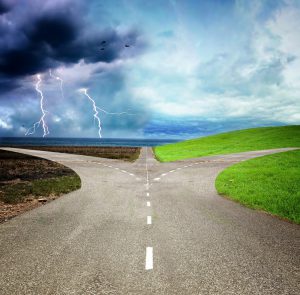 I am not the first to preach this concept, in 2004 UPS engineers completed a study on the no left turns practice and have implemented it into their daily driven deliveries (well, as few left turns as possible). In 2010, Myth Busters also tested the "Right Turn Only" theory in their "Right Turn Only MiniMyth" and concluded that drivers making right turns instead of lefts clearly resulted in safer operations and less fuel consumption.

Here are the reasons you should plan your route to make right turns. 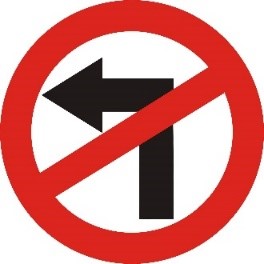 When you stop to wait on traffic, you are not making any progress and you are time is passing. Depending on your surrounding traffic, and if you are lucky enough to have a designated left turn lane, you could be sitting for a while waiting on your opportunity to turn. If you go through several light cycles it can really seem like forever. When turning right, you are still going to stop at stop signs and traffic lights and in traffic itself; however, you're not sitting as long because you're not often waiting on opposing traffic before you can move. Take a four way stop for example, a right turn can go before or with opposing traffic in two out of three scenarios (oncoming traffic turning right or continuing straight) while a left turn must wait in all three scenarios.

An idling vehicle is burning fuel and spewing emissions, costing money and causing pollution; yet it is not advancing towards a destination. The amount of fuel used at idle waiting for a left turn is small. If you add up several left turns resulting in several minutes of waiting, the amount of fuel used is noticeable, especially if you travel often. In the UPS Pressroom article "When Left Is Right", UPS states that since 2004, turning right along with other efficiency-optimizing efforts, results in around 10 million gallons of gas saved each year and reduced emissions equivalent to taking thousands of cars off the road for a year.

The biggest benefit is the safety of my family. When you eliminate the left turn, you significantly reduce the opportunity for accidents. Logistically looking at the left turn, your vehicle must occupy the center of the roadway while you wait for or maneuver through the action of turning left. This obviously puts your vehicle potentially in the intersection waiting to turn, you potentially are or will be in the path of vehicles approaching from both sides. As much as we like to think others are paying attention, people run through traffic lights or fail to maintain their lane, or just do crazy things causing crashes. If you're turning left, you are center stage for the action as you wait or navigate your turn. Add to this that you must gauge traffic by guessing the distance plus estimating speeds to determine if you can make the turn safely when you "shoot the gap." The most dangerous part is that you are presenting the passenger's side of the vehicle to oncoming traffic as you turn across opposing lanes. According to a 2010 study by the National Highway Traffic Safety Administration (DOT HS 811 366), 22.2% of collisions at an intersection involved a left turn, only 1.2% involved right turns. A crash results in loss of time and money even without injuries.

The Orion Software used by UPS plots their delivery routes and removes unnecessary left turns. Google's navigation software Waze was introduced equipped with a new routing feature that helps avoid difficult left turn situations in large areas or in areas where a problem has been identified. If it is available with your GPS, make sure you have this feature on when you travel, especially in unfamiliar areas.

Start planning your route to reduce left turns. While you're planning make sure you're not driving extra miles or backtracking to get things done. Save time, save money, reduce pollution, and reduce risks. 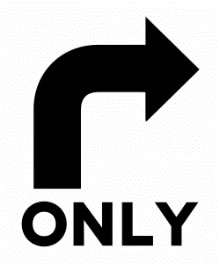 Based on a 1961 study at Williamston, MI, conducted by the Michigan State Police, the Indiana University Health and Safety Department, the Michigan Highway Department, and the American Red Cross, it was estimated that approximately 400 persons lose their lives as a result of being trapped in automobiles that have plunged into the water.