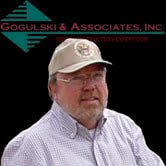 Qatar's plans to host the 2022 World Cup of Soccer requires moving massive amounts of people to the nine new Stadiums plus three that are to be renovated. The complex of infrastructure, a 320 km rail system, 80,000 hotel rooms, a 1.4 billion Sports City stadium, support facilities, a new causeway, and transportation to service both the public and employees certainly breaks the mold of anything like it in the world. It also creates an enormous risk in the movement of people, cars, busses, trucks and support vehicles to and from downtown Doha and surrounding areas.

Two fundamental question are: (1) What kind of experience will be encountered in 2022 by the public during the opening of this most ambitious project? and (2) When it is all over and the last visitor leaves, how many will want to come back to Doha to reside permanently and raise a family?

To answer these questions, one needs to examine facts from the perspective of similar projects. This article shares Mr. Gogulski's experience from the opening of DisneyWorld in Orlando, Florida together with the planning of Boston's Southwest Corridor, then compares both with Qatar's plans for the opening of the 2022 World Cup of Soccer. The approach suggested in this paper is nothing more or less than an attempt to apply the wisdom and experience of the past to the problems of Qatar today.

Qatar is unique among its surrounding neighbors in the Middle East. Qatar's quality of its development is more advanced, its leaders are more open to innovation and new technology. One can argue that there is not much similarity between the two projects in the United States and that of Qatar. That would be correct in the sense that Qatar's development for 2022 is considerably larger in scope; nevertheless, the same principles apply to a planning process that contain the mix of infrastructure with monumental construction. Both DisneyWorld and the Southwest Corridor won numerous awards for excellence of design and planning, Their overall success cannot be denied. The DisneyWorld project speaks for itself. The Southwest Corridor project went much further than Disney: it was awarded the American Society of Civil Engineers Outstanding Civil Engineering Achievement, 1988, the Presidential Design Award by the National Endowment of Arts, and the Award for Urban Design Excellence by the Boston Society of Architects, 1988.

The Southwest Corridor Project is a1.2 billion dollar combined transportation and urban revitalization project financed by the United States Federal Government, the Commonwealth of Massachusetts, and the City of Boston. Nine new stations, 5 km of combined rail and transit right of way, a new linear park, and 38 bridge crossings are included as part of the project. Roy Mann of Roy Mann Associates, Inc, author of the referenced article below, offers a history of the Southwest Corridor from the perspective of the landscape architect who was part of an Urban Design team. Other members of the Urban Design team include: Charles Hilgenhurst & Associates, Stull and Lee, Inc., and Wallace Floyd, Ellenzweig & Moore.

Objectives of the Urban Design Team

Paul Gogulski, PE has used his broad range of experience to resolve hundreds of cases throughout the country and overseas. He has reduced the cost of litigation during the claims process through skills greatly refined during the course of his career. His recent pioneering in refinements to risk management has led to improvements in the use of BIM and system engineering applications within the construction industry. Dedicated to his profession, Mr. Gogulski is presently working with a professor at a major university and a president of an established consulting firm in the development of software to reduce risk by integrating 4D technology within clients project controls.

A local Mortgage Company referred an Attorney to one of their clients because they were having construction problems. Their clients did not want the final disbursements made until these issues were resolved.

This article will discuss plastic laminated products only. Although many other laminated materials are used for residential and commercial applications, plastic laminates are one of the most common products involved in casework claims and personal injuries.

The purpose of this paper is to provide an explanation of the methodology and resources that Long International uses to arrive at its opinions on allocation of the responsibility for various problems, and the impact of those opinions on the parties’ entitlement to damages or extensions of the time of performance allowed under a Contract.