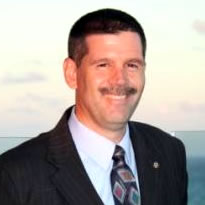 Background Experience - Mr. Zeitler served 18 years as a USCG Marine Inspector / Casualty Investigator, and 7 years as a Class Society principal surveyor (DNV).  He then spent 1 year as VP of Operations for a niche cruise line. Mr. Zeitler went on to serve 5 years as a technical consultant for various segments of the marine industry, including 2 years as third party environmental auditor for criminal pollution cases. He has been an Accredited Yacht and Small Craft Surveyor for over 15 years.

In 2002, Mr. Zeitler formed Zeitler Marine Services (ZMS), using his experience and knowledge to offer condition and valuation (pre-purchase and insurance) and damage survey services to the yachting and recreational boating communities in south Florida. He is currently the Director of the Chapman School of Seamanship Yacht and Small Craft survey course.

Litigation Support - Mr. Zeitler uses his vast experience verifying Compliance with Applicable Maritime Laws / Regulations through on site surveys and audits of client's vessels. His years of operational and regulatory enforcement help provide clients with a unique perspective that is key in identifying vulnerabilities onboard vessels as well as gaps in policies and procedures. He functions as a Court Appointed Monitor in situations where vessel operators are negotiating a plea agreement for a DOJ-approved Environmental Compliance Programs.

• George Zeitler's Curriculum Vitae
10/20/2021 · Marine - Maritime
The Role Of The Classification Society In Passenger Ship Safety
By: George Zeitler
The public wants to know who is directly responsible for cruise ship safety. Well, the simple answer is that responsibility for safety starts and ends with ship owners and managers. However, owners often seek assistance from classification (class) societies in identifying and evaluating safety risks. Although often referenced in the maritime world, class society roles and responsibilities relating to vessel safety are not widely known.
Read Article
8/6/2021 · Marine - Maritime
Assessing The Effectiveness Of The International Safety Management (ISM) Code In Developing A Safety Culture
By: George Zeitler
The adoption of the International Safety Management Code by the International Maritime Organization as a means to promote a change in maritime industry’s attitude towards safe operating practices has been well documented. The code placed a strong level of responsibility on the ship owner or operator to conduct a self-assessment of their policies and practices in order to develop and implement a safety management
Read Article 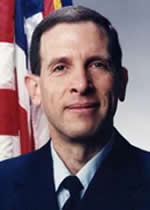 Dr. Alan Steinman is an expert in Maritime Medicine with particular emphasis on Sea-Survival, Drowning and Hypothermia. He has served as Surgeon General and Director of Health and Safety for the U.S. Coast Guard, as medical advisor to the Coast Guard's Chief of Operations, and as rescue physician on numerous Coast Guard search and rescue missions. He has an international reputation in hypothermia and cold-water survival.

Dr. Steinman is widely published in the field of environmental medicine, including a chapter on immersion hypothermia in a leading textbook of emergency medicine. His research into human cold-water immersion and hypothermia merited the prestigious Arnold D. Tuttle Award from the Aerospace Medicine Association. The results from his human hypothermia studies contributed to the basis of current U.S. Coast Guard cold-water survival time charts.

Dr. Steinman has experience in both federal and state courts serving as an expert witness in numerous cases involving sea-survival, drowning, and hypothermia.
• View Dr. Alan Steinman's Curriculum Vitae
7/4/2002 · Aquatics Safety
Immersion Into Cold Water
By: Dr. Alan Steinman
Immersion in cold water is a hazard for anyone who participates in recreational, commercial or military activities in the oceans, lakes, and streams of all but the tropical regions of the world. Recreational aquatic activities include swimming, fishing, sailing, power-boating, ocean kayaking, white-water rafting, canoeing, ocean-surfing, wind-surfing, water-skiing, diving, hunting and the use of personal water craft
Read Article 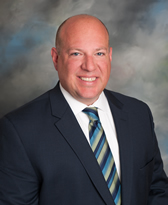 • Trevor Sherwood's Curriculum Vitae
• More About Consulting Services
• CPO Cert. Schedule
• Trevor Sherwood Interviewed in Article for Recreation Management
• National Swimming Pool Foundation Awards - 2014
7/13/2015 · Aquatics Safety
Just When You Thought It Was Safe To Go Into The Water
By: Trevor Sherwood
Is your pool putting your patrons in harm way? When getting your pool ready for the upcoming summer season, you need to make sure your pool meets state requirements for safety and operation. Since New Jersey has one of the thorough bathing codes in the nation and outbreaks of recreational water illnesses are occurring every year, everyone needs to be sure that their pool is up to code for a safe swimming season.
Read Article
6/12/2015 · Pools and Spas (Recreational)
Pool Safety & Inspection: What's Below the Surface?
By: Trevor Sherwood
Everyone knows when you buy a new home that it needs to be inspected by a professional home inspector. But, what should you do about the pool in the backyard? Unbeknownst to many homebuyers and sellers, the pool needs a professional inspection in order to make sure that it is safe enough for your family to enjoy.
Read Article
8/2/2013 · Pools and Spas (Recreational)
Splashing Through The Snow: Take Advantage of Winter to Prepare Pools For Summer
By: Trevor Sherwood
As the colder weather arrives, most people are looking forward to colorful foliage and preparing for the holidays. Those operators with seasonal facilities have likely already closed them, or will be closing them for the season shortly. Indoor facilities may even see a decline in patronage due to fewer people traveling during the colder months.
Read Article

Gerald M. Dworkin is a professional Aquatics Safety & Water Rescue Consultant for Lifesaving Resources, LLC. He has an extensive background in Aquatics Safety, Lifeguard Training and Operations, Water Rescue, Swiftwater Rescue, Surf Rescue, and Ice Rescue, EMS and Firefighting.  Along with several textbooks, he has written and published over 40 articles, and has consulted in over 500 drowning and aquatic injury litigation cases as both a Plaintiff and Defense Expert Witness.

As an expert witness, Mr. Dworkin evaluates the Standard of Care as it pertains to Incident Prevention, Victim Recognition, and Emergency Management and provides accident reconstruction, depositions, written reports, and courtroom testimony.

His Areas of Expertise Include: 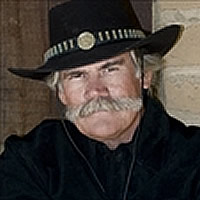 Capt. David G. Bacon, is a Maritime Consultant with over 30 years of experience providing exceptional customer service to clients from around globe. He has a United States Coast Guard Captains License (Operator of Uninspected Passenger Vessel - unlimited tonnage). Capt. Bacon is the owner, operator, and captain of Wavewalker Charters. His vessel charters include fishing, cruising, eco-tours, whale watching, diving, kayaking, photography, oil seeps, and oil spills. He has decades of vessel operations experience with zero accidents and zero injuries. As the Founder and Executive Director of Softin, Inc., a nonprofit organization providing at-sea educational adventures for special-needs children and adults, Capt. Bacon has extensive knowledge of passenger safety orientation and creating/maintaining a safe environment for passengers, including special-needs passengers in for-profit and nonprofit (501c3) ventures. As the owner of two retail stores: Hook, Line, & Sinker Fishing Center and Guns of Santa Barbara, Capt. Bacon understands the value and importance of customer service.

Freelance Writer - Capt. Bacon has published over 2,000 articles for various periodicals (both print and on-line) and continues as an active writer. His areas of editorial responsibilities (past and present) encompass technical, educational, advocacy, and entertainment. He has written for such publications as Pacific Coast Sportfishing, Western Outdoor News, www.noozhawk.com On-line News, and Fishing and Hunting News among many others.

Public speaking - Capt. Bacon has participated in approximately 85 engagements. He is a teacher at Santa Barbara Community college. He has over 15 years of experience hosting seminars, informational/motivational lectures, and presentations for civic organizations, trade shows, and clubs. He has been a speaker at the Parks and Recreation Department of Santa Barbara, and made radio guest appearances on Fish Talk Radio.

The Elements of Boat Strength: For...