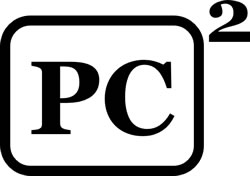 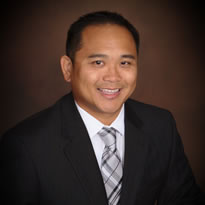 In addition to being employed with the world's largest retailer (and company), Mr. Chen was also previously employed with Intertek, a global 3rd party test lab and QA/QC service provider and various consumer product companies, importers and manufacturers.

• View Meyer Rosen's Products Liability and Personal Injury Litigation Curriculum Vitae
• View Meyer Rosen's Chemical Consulting and Intellectual Property Curriculum Vitae
• View List of Publications: Books, Technical Articles, Conference Presentations
• 9th Edition of Harry's Cosmeticology Launched - Meyer Rosen Interview
• More on the Harry's Cosmeticology website
• Oct. 2017 Seminar Announcement: The age-defying paradigm
• Harry's Cosmeticology 9th Edition
• Meyer Rosen's Interview with Lawyer Monthly
10/9/2012 · Chemical Industry
Intelligent Delivery Systems for Enhancing the Performance of Active Ingredients in Skin Care Formulations
By: Meyer Rosen
The skin is a miraculous organ and the cosmetic & personal care industry continues to make improvements on how to maintain the health and beauty of this organ, the largest in the body. Much of the radiant youthful glow on the skin is often achieved through the delivery of advanced, active skin care products.
Read Article
9/12/2012 · Chemical Industry
Improving Cosmetic Formulation Quality Through Innovative Processing Technology: Preparation of MicroDroplet/Particle Master Batches through Innovative Compounding Techniques
By: Meyer Rosen
The intimate, uniform and lump-free mixing of a formulation containing two or more fluid components, one being lipophilic and the other hydrophilic, with or without the addition of powdered solids, to form a stable emulsion is a complex process.
Read Article
Harry's Cosmeticology 9th Edition 3 Volume Set
Meyer R. Rosen
The 9th edition has been doubled in size over the 8th edition and is available in both hard copy and e-book versions as well as eight shorter “Focus Books” taken from the full encyclopedic three volume edition.” All of the Focus Books are coordinated with educational presentations being conducted during the InCosmetics N.A. conference and exhibition.”
Rheology Modifiers Handbook: Practical Use and Application (Materials and Processing Technology)
Meyer R. Rosen
This is the first single-volume handbook with the information a researcher needs to select the best rheology modifiers for his/her project. Information on 20 different types of rheology modifiers manufactured by 26 companies worldwide is described. These range from Acrylic Polymers to Xanthan Gum. This handbook was written because, in the authors' experience, the selection of a rheology modifier for specific applications is an arduous task.
"Delivery System Handbook for Personal Care & Cosmetic Products: Technology, Applications and Formulations." Series Editor: Personal Care & Cosmetic Products
Meyer R. Rosen
Novel delivery systems designed to facilitate the use of fountain of youth and other functional actives is an idea whose time has come...This must have book has been carefully designed for training, development and synergistic technology transfer across the personal care, cosmetic and pharmaceutical industries. 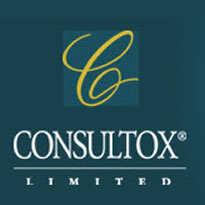 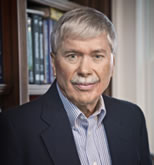 Since 1984, Dr. Richard Parent has been providing consultations and testimony for both plaintiff and defense and has testified in local, state and federal courts around the country. He has lectured and continues to lecture on causation related to toxic exposures. He is board Certified in Toxicology by the American Board of Toxicology and the Academy of Toxicological Science and is also Regulatory Affairs Certified and a recognized expert in Toxicology in the European community. Dr. Parent sits on several editorial boards of toxicology journals and has over one hundred peer-reviewed publications and abstracts.

In addition to litigation support, Dr. Parent has been been heavily involved in Product Safety programs including Toy Safety, and other programs related to consumer products and drugs. Further, he is involved in the REACH program in helping chemical companies to be compliant with pending European legislation and has been helping Toy manufacturers with a pro-active program of Toy Safety.

Recent litigation activities have included sampling and health evaluation of over one thousand persons living next to a PCB and dioxin contaminated site in Mississippi, occupational evaluation of workers involved in the production of PVC, with specific emphasis on clinical tests to identify possible early stages of liver cancer and health surveys, blood testing and clinical evaluation of those exposed to Dioxins from Creosote sites. These massive projects have involved team efforts involving a physician, a toxiclogist, phlebotomists and nursing assistance.

Down The Shampoo Bowl - The ABC's of Hair Salon Management