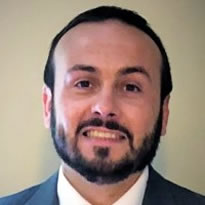 Kevin J. LaMalva, PE, has over 13 years of experience as a Fire and Structural Engineering consultant with dual US registration in both Fire Protection Engineering and Civil Engineering.

Complementing his consulting work, Mr. LaMalva is a member of numerous industry committees, including ASCE/SEI, SFPE, ICC, NIST, NFPA, and others, which conduct research and develop standards for structural fire safety. He has also become a leader for the development and proliferation of structural fire engineering in the US, notably as editor of the ASCE Manual of Practice No. 138, and as principal investigator and industry champion of the ASCE/CPF Structural Fire Design Guide.

For his work in structural fire safety, Mr.LaMalva was awarded the distinction of ENR Newsmaker for serving the "best interests of the construction industry and the public." As a fire protection and structural engineer, he has the tools and dedication to deliver more efficient and economical designs while also providing more intrinsically-safe structures to fire.

Dale Wheeler is licensed in Fire Protection and Safety Engineering, and is certified in Basic Code Enforcement / Building Inspection by the Building Officials and Code Administrators (BOCA). He is published on fire safety in Atrium Buildings and in Exhibition Halls. Mr. Wheeler's Areas of Expertise include:

Alan J.  Robinson brings over 35 years of Security / Law Enforcement experience to the  security, safety, fire safety, emergency management field. Mr. Robinson is a former Supervisor, Protection Services for Disney-ABC, Inc. in New York, where he coordinated the security of millions of dollars in equipment for both Reagan Presidential Inaugurations. While at Disney-ABC, he was credited with creating the first hostage negotiation training class after an incident at ABC News in Washington, D.C.

Background Experience: For  the past 25 years, Mr. Robinson has been the Director of Protection and Security Services/Emergency  Management for Atlantic Health System; a hospital system based in New Jersey where he manages: Public Safety and Security, Fire/Life Safety, Emergency  Management, Investigations, and Special Events for a healthcare system that approximately 10 million square feet of physical plant and campus, spread  throughout New Jersey.

Litigation Support: Mr. Robinson has been retained to provide consultation, security analysis, and security expert witness testimony by plaintiff and  defendant in a wide variety of civil suits. He is available to consult and testify in matters concerning:

Dr. Hargreaves is a Brazilian emergency physician, holding an MA in Security Management (Webster University) and an MS in Political Science with a focus in International Terrorism. His passion for the field of Crisis and Disaster Preparedness having been engaged for some years as Director of the Medical Department at the Brazilian House of Representatives as well as the Emergency Coordinator of the Special Operations Unit.

His previous experience extends to planning and managing emergency response operations, disaster preparedness and homeland security, including five presidential inaugurations, mass gathering, sporting and entertainment events involving many celebrities and some official visits by Heads of State and other authorities.

In the Academic field, Dr. Hargreaves has lectured at different Universities and worked as a speaker in many conferences abroad. He also has many years of experience as a Professor and Academic Coordinator for several Graduate programs. He is the author of various books and articles in the field of disaster preparedness, crisis management, and Homeland Security.

• View Dr. Hargreaves' Curriculum Vitae
1/27/2016 · Crisis Management
Self-dispatching in Emergencies and Disasters
By: Dr. Luiz Hargreaves
As an emergency professional, we are prepared to deal with unexpected situations, including disasters. Every time we hear about potential or real crisis, we automatically review the procedures in our minds and the desire to help is enormous. On many occasions, I would like to go directly to a scene to assist the victims and my peers. I believe that this feeling is not different among everyone involved in this field.
Read Article
10/21/2015 · Crisis Management
Panic In Fires
By: Dr. Luiz Hargreaves
Some articles have been written over the years about panic in disasters and fires. The idea that panic rarely occurs in disasters has been readily accepted. When disasters happen, usually, people act in such a way to show solidarity with the other victims. It is common to see some degree of organization in order to assist searches and reconstruction work.
Read Article
9/9/2015 · Crisis Management
Mass Casualties Related to Major Events Since 1900: Why the Tragedies Are Still Happening
By: Dr. Luiz Hargreaves
In 1903, a fire killed more than 600 people in the Iroquois Theater in Chicago. Most of the victims were children. Among the causes of this tragedy were inadequate emergency exits, insufficient and poorly signposted, overcrowding, lack of fire protection equipment and even suspicion of bribery of persons responsible for overseen the safety conditions of the Theater.
Read Article
2/11/2013 · Crisis Management
The Blacksmith, the Nail, the Horse and Disaster Prevention
By: Luiz Hargreaves
The proverb above has received different versions, including this one credited to Benjamin Franklin. A kingdom lost because of a nail. We could also say, a disaster caused by a simple problem that could have been avoided.
Read Article
11/2/2012 · Crisis Management
The Paradox of the Sand Castle and the Crisis Management
By: Luiz Hargreaves, AAS, MD, Msc
It is usual to find on beaches, sand castles being built. They arouse the curiosity of many, especially children and are really true masterpieces. However, the more elaborate and larger they are, the easier it is for them to be destroyed, what ends up constituting a paradox. The more sophisticated, the more fragile.
Read Article
11/23/2010 · Crisis Management
Hummingbird Syndrome: Why Disasters Occur
By: Luiz Hargreaves, AAS, MD, Msc
There once was a fire in a forest, the animals were in panic… they saw a hummingbird going towards the river, picking up some water in order to try to extinguish the fire. He repeated this gesture frequently and thoroughly.
Read Article
11/23/2010 · Crisis Management
Vulnerabilities And Threats: A Relationship Not Always Understood
By: Luiz Hargreaves, AAS, MD, Msc
In recent years, organizations have increasingly been incorporating strategic planning into management. All organizations, including State(s), have missions, values and visions. In other words, it is necessary for everyone in these organizations to understand what it means to work for this corporation or what it means to be a government employee.
Read Article 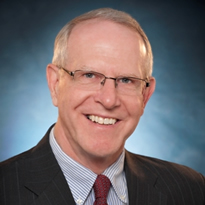 Career Accomplishments:Litigation Support - Mr. Leyenberger's experience includes being a fact witness or company representative for Walmart in over 80 depositions and 9 court trials, primarily involving Premises Liability and Product Safety cases. His services are available to attorneys representing both plaintiff and defendant.

Fire Code, Cause, and Origin Expert 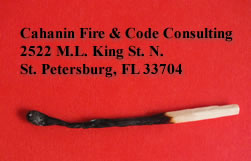 Gregory J. Cahanin, CP works in the Fire Protection Engineering field. Over 40 years of experience in the application of sound engineering principles work to produce results in litigation cases. He is nationally recognized as a Life Safety and Fire Protection expert. He performs fire origin and cause, fire alarm, fire sprinkler, kitchen suppression, fire wall and compartmentation failures, and slip and fall forensic investigations. Gregory J. Cahanin Fire & Code Consulting has been based in St. Petersburg, FL for over 25 years.

Background - Mr. Cahanin served as a Senior Life Safety Engineer with the National Fire Protection Association (NFPA), the organization that writes Fire Protection Codes and Standards. He was staff liaison for building construction standards and the Fire Prevention Code. Special project work included support of the International Division of NFPA in a survey of fire protection for all oil production facilities of LaGoven SA in Venezuela; an evaluation of the existing airport terminal in Rio De Janeiro, Brazil; and a code comparison study for the National Institute of Building Sciences. Mr. Cahanin investigated multiple fatality fires for NFPA and his reports are nationally published and peer reviewed. Mr. Cahanin holds Professional Grade Membership in the Society of Fire Protection Engineers. Mr. Cahanin has earned three undergraduate degrees in Fire Science and Fire Protection and a Master in Public Administration.

Litigation Support - Mr. Cahanin regularly testifies in fire cases offering opinions on the origin and cause of fires in addition to component failures in construction, fire sprinkler systems, kitchen suppression systems and product failures. He is nationally published on fire protection requirements in the building code as a contributing editor on the 2006 edition of the International Building Code (IBC) Commentary where he edited the sections on fire-resistance rated construction. He currently serves on code committees with both the NFPA and ICC. Mr. Cahanin holds a NALA paralegal certification and is well versed in Civil Procedure, interrogatory, expert report writing, and trial procedures.

Mr. Cahanin meets the professional qualifications of NFPA 1033, Standard for Professional Qualifications for Fire Investigator as documented in a Florida Declaratory Statement held by no other fire expert in the state of Florida.

Investigations of note include the Warwick. R.I. Station Nightclub Fire in 2003 with 100 fatalities. In Wyatt v. Security Alarms Co., Inc. key testimony on the failure of a Viking automatic fire sprinkler established a product liability that resulted in a $1.4M dollar jury award for Wyatt in Oklahoma.

Located in the Chicagoland area

John Michael Agosti & Associates provides assistance to insurance companies, attorneys and other agencies in the determination of cause and origin in fires and explosions. Our goal is to provide independent and articulate findings to you the client, quickly and accurately.

With over 28 years of fire department experience and 15 years in the private sector, Mr. Agosti has completed over two thousand investigations of fires, explosions, and life safety incidents. He has testified in both federal and state courts for both plaintiff and defense clients. 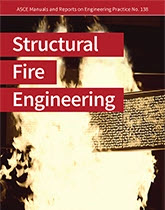