He has conducted ADA accessibility compliance audits for private and public sector clients, and served as an expert witness on over 200 premises liability lawsuits.

Dr. Atlas has been a speaker and trainer at security conferences from New Delhi, India to Seattle, Washington and has written over 200 articles in various publications on security, safety, and counter terrorism issues.

• View Dr. Atlas' Curriculum Vitae
• View Dr. Atlas' Case List
9/26/2011 · Security
Schools Behind Bars? Designing Safe and Secure Environments for Schools and Colleges Doesn't Mean They Need to Look Like Detention Facilities
By: Randall Atlas, PhD, AIA, CPP
Creating safe schools is the responsibility of the entire community where a school or school system resides.
Read Article
7/20/2011 · Security
Fast Food, Easy Money:Find Out How Sites Hit By Smash and Grab Burglaries Could Have Reduced Their Vulnerability
By: Randall Atlas, PhD, AIA, CPP
BETWEEN LATE 2009 AND MARCH OF THIS YEAR, a national baked goods chain with franchises in Broward County, Florida, experienced a series of nighttime burglaries that resulted in thousands of dollars in stolen cash and damaged property.
Read Article
5/31/2011 · Security
Designing Safer Schools: Environmental Design Makes The Grade
By: Randall Atlas, PhD, AIA, CPP
When it comes to the issue of safety in schools, it is important to remember that long before the students walk the halls, a design team creates the building and its grounds, envisioning the subsequent relationships with its occupants.
Read Article
3/15/2011 · Security
Fear Of Parking
By: Randall Atlas, PhD, AIA, CPP
Last June, 18-year-old Kelsey Smith was forcibly abducted from the public parking lot of an Overland Park, Kansas, Target store.
Read Article
2/3/2011 · Security
Architectural Security: Integrating Security With Design
By: Randall Atlas, PhD, AIA, CPP
The "form follows function" tenet of 20th century architecture holds that the specific functional requirements of a building should determine design criteria.
Read Article
21st Century Security and CPTED: Designing for Critical Infrastructure Protection and Crime Prevention
Randall A. Atlas, PhD, AIA, CPP
This is the first and only book of its kind dedicated to the contributions and importance of Crime Prevention Through Environmental Design (CPTED). It will educate the reader and design professional on the necessity of CPTED in reducing risks, threats, and vulnerabilities of and to our built environment post-9/11…
Security Planning and Design : A Guide for Architects and Building Design Professionals
The American Institute of Architects
This important reference from the American Institute of Architects presents a useful resource of fundamental, up-to-date information for security planning in both new and existing facilities.

Daniel B. Kennedy, Ph.D., is FCA’s principal consultant and is Board Certified in Security Management. Dr. Kennedy has had extensive specialized training in various aspects of Criminal Behavior, Policing Operations, Corrections Operations, and Private Sector Security Management. He specializes in crime foreseeability issues, appropriate standards of care in the security industry, and analyses of the behavioral aspects of proximate causation.

Dr. Kennedy has testified in cases involving the appropriate standards of care for the use of deadly force, vehicle pursuits, emergency psychiatric evaluations, prisoner health care, prevention of prisoner suicide, positional asphyxia/excited delirium, and “suicide by cop.” He also evaluates numerous lawsuits concerning premises liability for negligent security in the private sector involving properties both in the U.S. and overseas.

• View Daniel B. Kennedy's Curriculum Vitae
• View Daniel B. Kennedy's Biography
4/21/2014 · Criminology
Evolving Practice Parameters of Forensic Criminology
By: Dr. Daniel B. Kennedy
As is probably true for many of us in the workplace, my career has not turned out quite as I envisioned it would some 40 years ago. More specifically, as a beginning graduate student in sociology, I had no idea I would eventually practice forensic criminology or be in a position to write about what follows. In fact, I had never heard of forensic criminology (FC) until years later and, I believe, neither had my academic colleagues. It was only after I began to practice as a forensic criminologist and to identify myself as one that the parameters of this fascinating area of expertise began to reveal themselves more fully to me.
Read Article
3/10/2014 · Criminology
Applications of Forensic Sociology and Criminology to Civil Litigation
By: Dr. Daniel B. Kennedy
Social scientists play an increasingly important role in the prosecution and defense of both criminal and civil matters before the courts. An expanding area of forensic sociology and criminology involves the analysis of crime foreseeability and security standards of care as they relate to the question of liability for negligent security. Criminologists analyze prior crimes at a location and consider the totality of circumstances in order to determine foreseeability.
Read Article
4/12/2012 · Criminology
Forensics In the Field: the Example of Profiling Criminal Profiling
By: Daniel B. Kennedy, PhD, CPP, CCS
Criminal or offender profiling in one form or another has existed for many centuries. In more recent history, profiles have been constructed for such notorious criminals as Jack the Ripper, the Boston Strangler, the Unabomber, the Beltway Sniper, the Railway Rapist, the Mad Bomber, and the Green River Killer, all with varying degrees of validity.
Read Article
4/6/2009 · Criminology
Forensic Security and the Law
By: Daniel B. Kennedy, PhD, CPP, CCS
In ancient Rome, a forum was a public place where important governmental debates were held. Sometimes it was a town square or even a marketplace. Gradually, the forum also became a sort of public ‘courthouse,’ where various trials of importance to the citizenry were held
Read Article
Practicing Forensic Criminology, 1st Edition
Daniel Kennedy, Kevin Fox Gotham
Practicing Forensic Criminology draws on examples from actual court cases and expert witness reports and testimony to demonstrate the merits and uses of substantive criminological knowledge in the applied setting of civil law and the courts. Throughout the book, the authors provide a highly readable, informative discussion of how forensic criminologists can apply their research and teaching skills to assist judges and juries in rendering legal decisions. 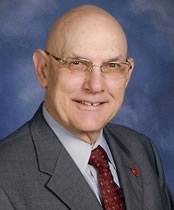 Victor Lofgreen, PhD has over 30 years of experience and education in the fields of Corrections and Community Development. He is a prison and jail consultant who conducts cases analysis and develops reports to support litigation on prison and jail issues. Experience - Dr. Lofgreen has served as the CEO of a State Adult Correctional Institution and the Division Chief of a State Planning Agency for Corrections. He has authored numerous professional papers and articles on topics within his area of expertise as well as Agency Policy and Procedure Manuals and training materials. Litigation Support - Dr. Lofgreen's expertise is in Jail and Prison Policy and Procedures related to the standard of care for inmates by local, State, and Federal correctional agencies. His services are available to counsel representing plaintiff and defendant and include case review, case study and data analysis, report of Expert Opinion based on the evidence included in the case study, deposition, and trial testimony as needed. Areas of Expertise:

How to Not Kill Your Patients: An ER...

The Top 40 Medical Staff Policies and...