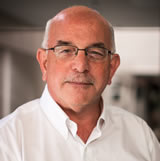 In matters involving permitting, litigation, or remediation of impacted groundwater, knowing more is way better than knowing less. At Dragun Corporation, we use a multi-technique approach to characterize groundwater and groundwater contamination to develop a more robust and precise site characterization to answer tough questions, withstand rigorous expert review, and/or optimize remediation.

The nuclear differences in hydrogen's three isotopes can help us solve groundwater problems that cannot be readily solved using conventional groundwater investigation methods. Since hydrogen isotopes occur naturally in precipitation that becomes groundwater, they can be used as a very large-scale, natural tracer test.

How Old is the Groundwater?

How Does this Work?

Water molecules consist of two hydrogen atoms and one oxygen atom (H2O), where "O" stands for oxygen. As noted previously, hydrogen has three isotopes. Similarly, oxygen has three isotopes: oxygen-16 (16O), oxygen-17 (17O), and oxygen-18 (18O), with 16O being by far the most common. In hydrogeology, we typically use the ratio of 2H/1H concentrations, the ratio of 18O/16O concentrations, and/or the concentration of 3H to solve problems.

The 2H/1H and 18O/16O ratios in precipitation are temperature dependent because the heavier isotopes preferentially stay in the liquid water while the lighter isotopes preferentially move to the vapor phase. This separation between the heavy and light isotopes increases as temperature decreases. As a result, there can be storm-to-storm, seasonal, and long-term (thousands of years) changes in these ratios in precipitation. The groundwater isotopic signature develops from a mixture of precipitation events over time.

What Nuclear Bomb Testing from 60 Years Ago Can Tell Us?

Tritium use is different; there are two factors to consider. First, although tritium is naturally occurring, atmospheric testing of nuclear bombs during the 1950s and 1960s caused the tritium concentration of precipitation (and thus groundwater) to increase at least 100 times. When the atmospheric test ban treaty was signed in 1963, the tritium concentrations in precipitation began to decline. Second, tritium is a radiogenic isotope; its nucleus spontaneously decays with a half-life of about 12.4 years (this means that if you had a pound of tritium in 2006, you would have about a half pound of tritium now). Combining these two factors, one can estimate when groundwater recharged.

For example, if there is no tritium in the groundwater, the groundwater was recharged before about 1950. We can use tritium data to answer questions like, "Can leachate from a landfill started in 1965 be in this groundwater?" This is regardless of the hydrogeologic nuances such as fracturing and sand/silt/clay content.

We used a variety of tools to demonstrate that the "upgradient" monitoring well did not accurately represent upgradient background groundwater nitrate concentrations. We used the 2H/1H and 18O/16O ratios in the groundwater as one way to prove our point.

The data we collected from monitoring wells around the dairy indicated the 2H/1H and 18O/16O values for the local groundwater were consistent with those in regional groundwater. However, during the spring, a massive storm event caused flooding in the area around the "upgradient" monitoring well and presented us with an opportunity. Knowing that groundwater is a mixture of recharge from precipitation over seasons (and temperature conditions), there was a good likelihood the individual storm event was isotopically distinct (2H/1H and 18O/16O) from the groundwater (see Sklash et al., 19861 for example).

How Can Dragun Help?

We have combined our knowledge of isotopic tracers with traditional and high-resolution site characterization approaches to help our municipal, commercial, industrial, and agricultural clients solve environmental problems. Our future articles will demonstrate how we use these techniques for a variety of problems. For more information, please contact Dr. Michael Sklash.

Dragun Corporation is an industry leader in Environmental Regulatory Issues and Consulting for clients across North America and internationally. From manufacturing and real estate to chemical companies and livestock agriculture and municipalities. At Dragun, science, engineering, and decades of expertise converge through in-depth critical analysis, conceptualized approaches, and technical application. The result is an environmental site assessment, remediation, compliance assessment, or expert services support that helps clients in diverse industries.

Negotiation Blueprinting for Buyers: Fact Based Negotiation with Case Studies

The Investment Think Tank: Theory, Strategy, and Practice For Advisers

Psychological Evaluations for the Courts