You have hired a forensic examiner to analyze evidence for your civil case. After a thorough examination of the evidence, the forensic examiner delivers a weak forensic opinion toward favoring your theory of the case. Will the examiner's weak opinion help you in trial? When the opinion fails to show a preponderance of evidence, can you still prevail at trial?

in 2016 I was retained by the plaintiff in this civil wrongful death case in San DIego County: Zahau v. Shacknai. Previously, the county coroner ruled the decedent committed suicide. Her family believed she was murdered by Adam Shacknai.

The scope of my work was determining whether either Ms. Zahau or Mr. Shacknai had written the words on the door. Several other examiners were retained to examine other technical aspects. These included a knot expert, a medical pathology expert, a forensic psychiatrist, and others.

The handwriting on the door was done in block printed text. This meant the exemplars also must be handprinted block letters. Cursive writing could not be used for comparison. A generally accepted practice in handwriting comparison is handwriting must be compared with the same type of writing. The only examples I had of Mr. Shacknai's handwriting were six verification pages he had signed. Typically, a signature is not a valid exemplar for hand printing. Fortunately, Mr. Shacknai wrote his signature as handprinted block letters. Therefore, I had writing to compare with the writing on the door. This limitation led to a weak forensic opinion on authorship.

Exemplars of Ms. Zahau that contain block print were application forms, immigration forms, and other documents she had handprinted. The exemplars were written in different physical locations between 2002 and 2009. These documents also contained Ms. Zahau's signature. The defense objected on foundation whether these forms were written by Ms. Zahau.

Read the rest of the article in PDF... 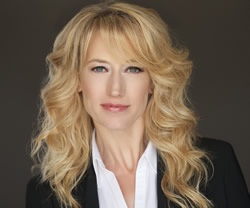