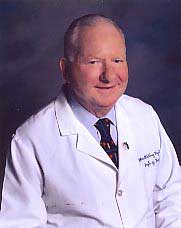 UPDATE: XECTCBF Should Be Performed Before TPA Administration In Acute Ischemic Stroke

NINDS Stroke Study Group has recommended intravenous (IV) or intra-arterial (IA) thrombolytic therapy in acute ischemic stroke utilizing recombinant tissue plasminogen activator (rtpa) for treatment of acute ischemic stroke, as approved by the U.S. FDA; provided that treatment is initiated within 3 hours for intravenous and within 4 hours via arterial catheters inserted into thrombosed cerebral vessels, timed from the time of stroke onset[1-8]. Design of this protocol biases improvement outcomes among untreated control groups because participants with transient ischemic attacks (TIAs), with an excellent prognosis for recovery are likely to be included, by error, among the untreated control groups thought to have progressive stroke. This is because TIAs are, by definition, strokes that spontaneously recover within 24 hours. However, they cannot be separated clinically from acute stroke within the first four hours.

Howard Yonas� group at the University of Pittsburg (1) showed that inhalation for 8 minutes of 26% of Xenon during CT scans of the brain prior to TPA therapy, are justified since the acquired LCBF values predict the size and severity of infarcted brain tissue. They also exclude patients with TIAs which have only mildly reduced LCBF values.

Severely reduced LCBF values below 16 ml./100 gm. of brain per minute, fall below defined zones of brain likely to proceed to regional cerebral infarction and, therefore, will benefity by TPA therapy with the exception of large zones of brain with near zero LCBF which will, in all likelihood, progress to malignant and massive cerebral brain infarction, with increased intracranial pressure (ICP), brain herniation and death or conversion to fatal intracranial hematoma if ICP is not reduced by Manitol or decompressive craniectomy of the swollen brain[3,4].

LCBF measures provide positive indications for thrombolytic therapy as well as contraindications to throbolysis if there are already large zones of infarcted brain with zero flow liable to lead to brain herniation and death or hemorrhagic conversion.[8]

LCBF values that fall persistently below 16 ml./100 gm. brain per minute predict impending infarction in these ischemic regions unless flow is restored by TPA administration by dissolving the clot occluding the blood vessels of supply. This accurate quantification of regional perfusion is only possible by XeCTCBF methodology since neither MRI or SPECT methodology is able to quantitate regional cerebral perfusion.

The present author and colleagues were the first to attempt successful thrombolytic therapy among patients with acute ischemic infarction or thrombotic stroke due to cerebrovascular arterial thrombosis confirmed in those early days by cerebral angiography since CT and MRI methods had yet to be developed[12]. Our trials in stroke suggested by the then recent results of successful lysis of thrombosed coronary arteries prior to impending myocardial infarction.

With my colleagues, Fumio Gotoh, Robert Herndon, John Gilroy and Marian Barnhart, we first tested thrombolytic therapy in animal models, and later among human patients, with acute ischemic stroke. We were able to show by serial cerebral arteriography that intravenous thrombolytic therapy dissolved blood clots in the middle cerebral and internal carotid arteries among stroke patients treated within 72 hours of onset[5-9-12].

In the late 1950s and early 1960s, neither CT nor MRI scanners were invented so that cerebral hemorrhagic lesions could be excluded by these tests. Although our double-blind randomized trials at that time showed successful and rapid dissolution of cerebral thrombotic clots, undoubtedly, a few hemorrhagic stroke patients were included in our treatment arm of our controlled, clinical trials resulting in an unacceptably high incidence of cerebral hemorrhage in the treatment group[12,13]. Later, the advent of CT scanning excluded cerebral hemorrhage and thrombolytic therapy of acute stroke eventually became approved 30 years later.[5,6].

When CT scanning became available, both cerebral hemorrhage and hemorrhagic infarction posing as acute ischemic strokes were excluded from the thrombolytic arm in the comparative trial reports from the NINDS-tPa stroke study group with significantly improved benefit (6-8). A later study authored by the second European-Australian acute stroke study group improved the window for intravenous tPa which extended from 3 to 6 hours among 800 randomized acute stroke patients. There was no significant difference between the outcome among the thrombolytic group versus the untreated placebo group, but the unexpectedly favorable results in the placebo group were attributed to erroneous inclusion of many TIAs in the placebo group since TIAs have favorable outcome without treatment had this error been excluded by XECT-CBF screening the value of thrombolytic therapy would most likely have been confirmed[13]. So the question remains moot whether or not XECT-CBF screening would have excluded TIA patients and improved the experimental design and results of the trials.

In summary, as mentioned briefly, eight years ago, what is now required to optimize therapeutic trials of thrombolytic therapy versus placebo among patients with acute ischemic stroke are the following:

The purpose of this article is to show the relationship between the mechanism of an ankle injury (inversion, eversion, etc.) and the most likely result of the injury (sprain, fracture, etc.).

Why Are Education, Training, Regulation, Safe Practice, and Practitioner Supervision So Important for Laser Surgery and Procedures?

During the past ten to fifteen years, the number of cosmetic laser and light procedures performed has exploded. According to a 2012 report by the American Society of Plastic Surgeons, the following increases have occurred:

Blunt impact to the thorax often results in traumatic rupture of the aorta, leading to immediate exsanguination. Current interest in the mechanisms of this failure is great (Roberts and Beckman, 1970), particularly with regard to vehicular fatilities in which passengers are subjected to high levels of deceleration