Expertise: Ms. Wong is a media-experienced expert on intercultural issues and Feng Shui, an award-winning entrepreneur, a nationally-recognized authority on Asian and Asian-American business, as well as a best-selling author. In 1989 she founded her intercultural consulting and corporate training service and Pacific Heritage Books in 1992, both dedicated to "bridging cultures for better business." Since then she has created and secured a niche as a pioneer and an internationally recognized authority on the U.S. Asian market and feng shui.

Publications: Best-selling Feng Shui Dos and Taboos, Feng Shui Dos & Taboos for Love, 2003 Feng Shui Page-a-Day Calendar, Night of the Red Moon (1994), a historical fiction based on the 1871 Los Angeles Chinatown massacre and favorably reviewed in Los Angeles Times, Asian Week, Seattle's International Examiner, and nominated for Beatty Award for children's literature.
12/2/2005 · Feng Shui
The Feng Shui Of Los Angeles
By: Angi Ma Wong - The FenSShui Lady
You might say that I have an affinity to the City of Angels. You see, I was named after the town by the banks of the puny river grandly named Nuestra Senora de Los Angeles de Porciuncula
Read Article
12/2/2005 · Feng Shui
Prediction For The Year Of The Wood Rooster 4703
By: Angi Ma Wong - The FenSShui Lady
After the unpredictable Year of the Monkey with its horrendous surprise ending with the Asian earthquake and tsunami, most of us are ready for the new year of the Rooster which begins on February 9, 2005. The element of wood remains above that of metal during this year, portending a continuation of disharmonious relations on the international front but with hope
Read Article
9/1/2002 · Feng Shui
September 11: A Feng Shui Perspective
By: Angi Ma Wong - The FenSShui Lady
What can help us to comprehend disaster and loss of such magnitude? We can try to put it in terms of astrology, currently circulating: Numerology on the World Trade Center
Read Article
5/19/2001 · Feng Shui
Feng Shui: An Ancient Tradition Goes Mainstream
By: Angi Ma Wong - The FenSShui Lady
Unless you have been living in a cave in the past year, the subject of feng shui, literally, "wind-water" in Chinese, the ancient environmental system of placement, has been inescapable! In electronic and print media, from coast to coast, continent to continent, and everywhere in between, there's no doubt that nationwide and globally, people are becoming more aware, acquainted, enamored, and yes, confused, about feng shui
Read Article
Feng Shui Do's and Taboos for Health and Well-Being
Angi Ma Wong
User-friendly and alphabetically listed, Feng Shui Dos & Taboos for Health and Well-Being provides you with hundreds of tips from many different feng shui schools to help you reach your goals with confidence.
Feng Shui Dos & Taboos
Angi Ma Wong, Yap Cheng Hai 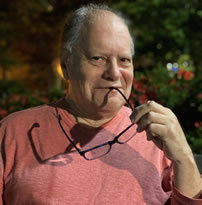 • More About Jerry Birnbach & Associates
• Store Planning
• Display Design
• Showroom Design
• Client List
• Live Interview of Jerry Birnbach
3/8/2017 · Premises Liability
Retail Safety Hints: The Proof Is In the Video Replay...
By: Jerry Birnbach
The Patriots won the Super Bowl because they had more Angels on the field which was my Expert observation. As an Expert Witness for Retail liability case, assisting Liability Attorney's across the country, I have trained my eye to observe. So what did I take away from the Super Bowl?
Read Article
6/24/2015 · Design
Retail Design & Display: Chain Store Personal Injury
By: Jerry Birnbach
I have been retained by a law firm as an expert witness in the field of Retail Design and Display. I was asked to review a furniture retail Store located in the above referenced address. It does need to be noted that I was not able to review the actual piece of furniture in question nor the camel statue that fell off of the chest and onto the plaintiff.
Read Article 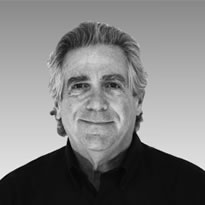 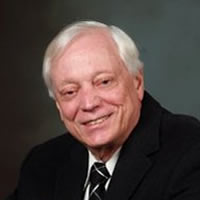 Jay R. Carow, AIA is a licensed Architect and has been a design principal in architectural and planning firms for nearly 40 years. For 12 years he taught Architectural Design and Construction, the majority at the Illinois Institute of Technology College of Architecture and Design and at universities overseas. He achieved the rank of full professor of architecture and founding dean of undergraduate and graduate degree programs in architecture, planning and building technology. Mr. Carow has licensing as an architect in the states of Connecticut, Illinois, Indiana, Massachusetts, New Jersey and Wisconsin.

Jay Carow has provided expert witness services for over 20 years on more than sixty cases dealing with Slip, Trip and Fall Accidents and problems related to Design and Construction. His support efforts include extensive research, preparation of expert witness opinions, depositions and court appearances for both plaintiffs and defendants. His years of practice and teaching bring credibility to his testimony and the ability to present technical issues clearly and convincingly. He is supported by technical staff for assistance in research and preparation of exhibits.