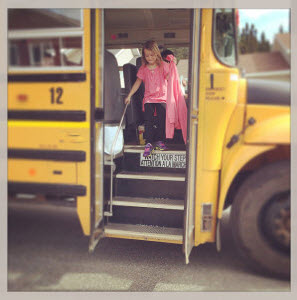 In the United States, state laws vary considerably on the question of governmental immunity for tort liability. Common law has driven legislative initiatives, often in response to a trending issue, that strengthen or erode governmental immunity protection. In Canada, by contrast, tort liability of the government is relatively new and is statute-based. In Canada, the Crown Liability Act leaves the "Crown" liable in tort as an individual would be.

Variation in U.S. laws results in differing levels of school immunity from state to state. Eleven states[1] allow suits regarding nondiscretionary functions only; 39 states, including the District of Columbia, provide for discretionary action as an exception to the general rule of liability. Some states protect schools from liability for the tort of negligent hiring or retention of staff. Some permit suits only for personal injury or death or only for dangerous property conditions. A few states generally allow tort suits against teachers only for "willful and wanton" misconduct. Some states limit dollar amounts that may be collected.

Governmental immunity is the most frequent defense in tort cases. Before considering whether governmental immunity applies, the questions of school liability - such as duty of care, breach of duty, and proximate causation - should be addressed. Attorneys should carefully review and analyze the circumstances surrounding student injury leading to a tort claim. Consider two examples: a teacher who tutors a student alone in her classroom with the door closed and a teacher who continues to use equipment that has been recalled for safety reasons. The immediate relevant questions in both examples are: Did the school have actual notice, or should it have known, of a situation that a reasonable school administrator would agree could place a student in harm's way? Under the circumstances, did the school act reasonably, appropriately, and within the professional standard of care to protect students from harm?

In the first example, if the school maintains a policy that no teacher is allowed to be alone with a student in a classroom, yet it is known that the teacher is tutoring a student one-on-one in her classroom behind a closed door, did the administrator follow up by correcting the teacher and noting the violation in her personnel file? In the second example, did the school continue to use a table saw with a missing blade guard, or did the teacher take it out of use and arrange for its repair? Ignoring red flags may lead to the potential for student sexual abuse in the first example and serious student personal injury in the second. In some states, governmental immunity may not apply to these examples.

Because negligent acts are often the result of discretionary judgment on the part of a school, the question of whether an act (or failure to act) was discretionary is of major importance in states granting school immunity for discretionary acts. Discretionary acts in school setting generally involve planning, goal setting, evaluation, and the exercise of judgment.

As an example, federal and state laws require schools to identify students with disabilities and engage in a process that leads to the development of an Individualized Education Program (IEP). An IEP is a written document that specifies "contractual" agreements about services to be provided to the student. For a student with a physical disability, one such provision might be an aide to help the student safely negotiate school hallways and protect her from injury on the playground. In one case, the aide did not show up for work on a day the student attempted to negotiate a crowded stairway. She fell and sustained an injury, causing permanent scarring to her face from lacerations. She sued the school, claiming negligent student supervision. The school invoked immunity, saying the act of providing the aide was discretionary. Determining whether this truly was a discretionary act, however, is the key as to whether immunity applies in this type of case.

As a school administration expert witness, when I review and analyze a case like this, I determine the professional standard of care under the circumstances and whether the school, through its administration and/or other employees, acted reasonably, appropriately, and met that standard. Was the requirement for an aide to assist the student reasonable and appropriate? The school had determined that the aide was necessary for the student to have safe access to her education. Does this place a nondiscretionary component into the analysis? If there is no discretion or flexibility when it comes to providing the aide, and on this day no aide was there, did the school breach a mandatory standard - perhaps removing the protection of governmental immunity?

In another example, a principal allegedly knew that a music teacher had sexually abused a student in an after-school program. Instead of taking appropriate action by reporting the incident to child protective services and separating the teacher from students, the principal simply transferred the teacher to another school. At the new school, the teacher continued his behavior with a different student until it was reported to police. It may be argued that the proximate cause of the second student's sexual abuse was the principal's gross negligence in his decision making.

In a state that allows level of negligence to determine whether governmental immunity can be invoked, the plaintiff may prevail. However, if there was no knowledge of the teacher's behavior before his transfer, then the school would have had no duty to protect students from harm and would likely prevail under the doctrine of governmental immunity.

A proximate cause of student injury in schools may be failure on the part of the administration or other employees who are charged with a ministerial duty. In contrast to discretionary acts, a ministerial duty is a responsibility to conform to federal, state, or local statutes or to policies and procedures a school has set. Determining the elements of a policy and enacting the policy may be discretionary acts, while the responsibility to carry them out is a ministerial school duty.

If a student is injured by equipment that violates safety standards or is not maintained according to the manufacturer's specifications, courts must decide whether the general legislative policy of promoting student safety should prevail by imposing tort liability, or whether the doctrine of immunizing the school from exposure to tort suits should prevail. Many courts favor public policy governing safety and impose liability on school districts, thus piercing governmental immunity.

Some jurisdictions recognize claims of failure to keep school premises in a safe condition, permitting recovery from schools for maintaining a nuisance. Maintaining a nuisance seems to be recognized as an exception to the general rule of immunity. Some courts have determined that if school officials mismanage school property, they are liable for damages because of that mismanagement.

As an example, in the corner of a third-grade classroom, a teacher set up a "reading lounge." During afternoon reading time, six children crowded into the area to see the new books the teacher put out. Three students sat together on a desk that collapsed, seriously injuring a child. The teacher knew the desk was broken and had reported it to the custodian, expecting that it would be taken from her room for repair. Yet she did not prevent students from continuing to use it, leading to injury. Did the school have a duty to take the desk out of service, foreseeing that a student could become injured if it remained in the classroom? If it can be shown the teacher acted grossly negligent by failing to assure the desk was repaired and that this was the proximate cause of the student's injury, then in some states this may be considered "maintaining a nuisance" and the school may not be shielded by governmental immunity.

Playground injuries are often addressed in the context of governmental immunity. In one example, the playground in a school for students with disabilities was fenced. The latch on the fence gate had been broken for weeks, and though this had been reported to the principal when it first broke, no action was taken to repair it. A student left the playground through the defective gate, running into the street and being struck by a car resulting in a wrongful death claim. This school may not be able to stand behind governmental immunity if it can be successfully argued that the school had a ministerial duty to assure the gate operated correctly to protect students from harm. On the other hand, if the attorney for the school convinces a trier of fact that installing a fence with a gate in that location and repairing the gate is discretionary, the school may prevail.

Even if the school argues that these activities are discretionary, an expert witness working on a case like this would review and analyze issues, policies, and actions that may have been a proximate cause of injury to a student. As an example, if I were to render an opinion that, because of the level of disability students at this school, the administration had a higher-than-average duty to protect them from harm - coupled with the facts that the school board conducted a safety audit of the grounds, identified the necessity of a fence and gate to protect student safety, and enacted a well-understood policy that the gate remain closed when students are on the playground but the gate latch went unrepaired for weeks - I would likely determine that failure to repair the latch in a timely manner was neither reasonable nor a discretionary act, and therefore governmental immunity would not be applicable and school liability for student wrongful death would stand. The inoperable gate created a situation that otherwise would not have existed. By applying my experience and qualifications, I assess duty to protect, whether the school's action or inaction was reasonable and appropriate, and whether it was a proximate cause of injury or death. A careful review and analysis of the facts from the perspective of a reasonable school administrator will help to determine if the school's actions or inactions led to injury.

Because it varies significantly by state and its provision is influenced by individual circumstances, governmental immunity is something of an elusive standard. Assessing a public school's duty to provide for the health, safety, and welfare of its students and determining how well it fulfilled or failed to fulfill that duty from the perspective of a reasonable school administrator provides the starting point for determining whether school immunity will prevail. This determination and analysis of applications of governmental immunity can either be used as a school defense against liability, or as a way of piercing governmental immunity by plaintiffs.

Whores of the Court : The Fraud of Psychiatric Testimony and the Rape of American Justice

by Margaret A. Hagen