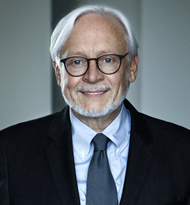 Following serious traumatic events, we need to re-integrate emotionally and physically. We are thrown off balance on many levels both psychologically and physically, and regular work with the Pilates method as directed by a supportive personal trainer can help the body to re-establish a healthy homeostasis. I focus here on Pilates since I have personal experience with having done it twice a week for several years and have seen great benefits physically and emotionally. While the integration of physical activity into mental health treatment is not well researched, there have been some studies and programs reporting positive effects. Dennis Margo, an Australian psychotherapist working with clients who have serious and persistent mental health conditions such as bipolar disorder, schizophrenia, and major depression has for several years partnered with a physical trainer and gym to provide a weekly Pilates program which has shown such positive results as improved sleep and fewer visits to the primary care physician. Margo was interested in addressing the problem of metabolic syndrome that clients with such mental health conditions have a four times greater risk of developing than the general population. Metabolic syndrome is the term used to describe a collection of health problems including high blood pressure, cholesterol, insulin resistance, and obesity. Metabolic syndrome has been linked to increased risk of heart disease, diabetes and stroke. Margo's program at Canterbury Community Mental Health Service was reported in the Way Ahead Mental Health Association's online magazine on December 12, 2016.

In my experience it is a common co-morbid problem of auto accident survivors who sustain serious physical injuries to gain significant weight. From the patients I see it is not uncommon to see weight gain ranging from 10 to 50 pounds following serious physical injuries. Factors such as decreased physical activity, medication side-effects, and emotional eating are likely factors. The issue of weight gain is not typically addressed in any coordinated way unless it reaches the stage of gross obesity. In extreme cases, bariatric surgery for weight loss has resulted.

Wendy LaBlanc-Arbuckle is an Austin-based Pilates instructor who talks about the bio intelligence and the unraveling of trauma through the process of Pilates, viewing issues in the body as opportunities to deepen the connection with self. In 1932, Harvard professor of physiology Walter B. Cannon published a book The Wisdom of the Body which addressed how the body self-regulates. Earlier in 1929, he first mentioned the Fight or Flight response to perceived threat. Survivors of trauma often are stuck in this psycho-physiological matrix of fear response and require external supports to regain balance. The Pilates method fits nicely with a supportive psychotherapy approach that is always working to help with resourcing and building inner strength and confidence following trauma which leaves the individual shaken to the core, and often manifested in a loss of confidence in self and others, anxiety and fearfulness.

Trauma often takes us away from our bodies in a defensive dissociation to escape physical and psychological pain. Supportive body oriented approaches help to re-establish connection with one self on the most basic level of the body. For many people, complete resolution of the trauma cannot fully take place without addressing what is happening in the body in a sustained and focused way such as Pilates can provide.

Many people are not familiar with the Pilates method of physical fitness so here is a brief background. Joseph H. Pilates was a German born physical trainer who began to develop his physical fitness system while interned in a camp during World War I. His method developed in several principles including stretching, strengthening, body alignment, and increased core strength. He published two books on his system in 1934 and 1945. He worked in New York and his method became widely embraced by professional dancers for developing strength, balance, and rehabilitating injuries. Pilates originally called his method Contrology based on the central idea of muscle control. Fun facts, his father was a gymnast and his mother a naturopath. He believed physical and mental health were interrelated. According to Wikipedia, as of 2005 there were 11 million people practicing Pilates regularly and 14,000 instructors in the United States. Today the Pilates workout typically involves the use of special equipment such as one apparatus named The Reformer designed to facilitate stretching and strengthening.

Let's think holistically about recovering from trauma and integrate approaches and comprehensive treatment plans that address both mind and body.

Dr. James F. Zender, PhD, PC is a Clinical and Forensic Psychologist with over 30 years Trauma experience, the last 15 of which he specialized in Auto Accident Trauma Treatment and Care. This involves helping accident survivors cope with physical and emotional conditions such as posttraumatic stress disorder, traumatic brain injury, chronic pain, anxiety and depression. Dr. Zender knows from experience that therapy can help auto accident survivors become more comfortable with their new normal, and from there, move forward on the path to thriving and enjoying life once again.

Fitness for Duty Evaluations have become more common for public safety positions. Courts throughout the United States have ruled that due to the level of trust and power given law enforcement officers, law enforcement agencies have a responsibility to ensure that officers are fit to perform their duties.

Amputation is an injury involving loss of function, loss of sensation, and loss of body image. It is not surprising amputees often suffer psychological difficulties following such an event. Further, these psychological difficulties can also result in long term Post Traumatic Stress Disorder (PTSD) for the amputee. Often these psychological injuries and resultant PTSD can be difficult to explain to a jury. The forensic expert's presentation of psychological testing assessing potential PTSD is one part of proving or disproving damages. However, the forensic expert can better assist either the Defense or Plaintiff's attorney by addressing specific functions in the amputee that have been affected by the injury.