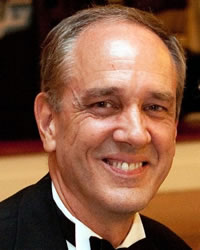 William (Ned) McLeod, Esq., has been a party to many Licensing Arrangements as an attorney specializing in Intellectual Property in the Entertainment Industry (“IP”), both on the licensor and the licensee side of the table in different matters from hard media historical archives to blockchain based creations, and, as a non-attorney producer, both as owner  licensor and, alternately, as user / licensee.

As a result of his more than 40 years in the Entertainment Industry, Mr. McLeod has personally negotiated hundreds of licenses, and reviewed and evaluated hundreds more. His handling of licenses have covered a broad scope of venues and clientele, including The Rockefeller Center (NYC), the Chicago Museum of Science and Industry and The Navy Pier (IL), the Fort Worth Museum of Science and History (TX, with 8 associated museums), Graceland (TN), Niagara Falls (NY), The Smithsonian, the Kennedy Space Center (FL), Port of Los Angeles (CA), National Harbor (DC), Leadership Conference of Women Religious (“Catholic Sisters,” MD), the Tupperware Center (FL), Gatorland (FL), the Orlando Ballet (FL), Bob Ross (painter), Cousteau family ventures, 7 years of the Walt Disney World Christmas Day Parade (live and televised), and others.

Consulting Services -  Mr. McLeod has been most effective serving the long term needs of someone unfamiliar with the entertainment trade. He helps teams :

Prisoners of Ritual: An Odyssey into...