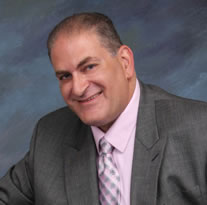 A graduate of the University of Connecticut where he focused on medical entomology and parasitology, Mr. Seemann has served as Technical Director, Manager, VP and Owner of Pest Control companies across the country since 1983, and is currently the Technical Director of a pest control company in Arizona.

Mr. Seemann has been a consultant since 2000 and served as the Arizona Governor's appointed State Entomologist Advisor to the Arizona Office of Pest Management, and is on the BCE Continuing Education Committee for the Entomological Society of America. He was one of the authors of the Arizona State Pest Control Certification Manual, has written numerous articles in the trade publications, and taught Pest Management as Associate Professor at the State University of New York.

Litigation Support - Douglas Seemann has served as an expert witness in numerous cases and have found that these cases rarely go to trial and typically result in a settlement once the conclusions and the supporting data are presented. If it does become necessary to appear in court or deposition, he is well prepared and qualified to do so with extensive public speaking, educational, and instructive experience.

Mr. Seemann has represented both Plaintiffs and Defendants in numerous civil cases. To date, in cases where he was allowed to testify, none of his clients, plaintiffs or defendants, have lost a case.

Dr. Coats’ research program includes two main areas: (1) insect toxicology and (2) environmental toxicology and environmental chemistry of Agrochemicals. His research in the insect toxicology area is focused primarily on natural products as insecticides and insect repellents, including investigations of their spectrum of activity, mechanisms of action, metabolism, synthesis of biorational derivatives and analogs, quantitative structure-activity relationships.

Dr. Coats is familiar with all types of pesticides and insect repellents, including synthetic and botanical insecticides, acaricides, fumigants, and repellents; toxicity, mechanisms of action, environmental and comparative toxicology, ecological risk assessment, persistence of pesticides, movement in the environment, and residue analysis.

Litigation Support - Dr. Coats provides expert witness services to counsel representing both Plaintiff and Defense. He has been deposed and testified on numerous occasions. Dr. Coats offers opinions regarding pesticide cases of many types, including:Dr. Coats has received the International Award for Research in Agrochemicals from the American Chemical Society Agrochemical Division, and he is a Fellow of the American Association for the Advancement of Science, and a Fellow of the Entomological Society of America. In October he received the Alumni Achievement Award from the University of Illinois College of Liberal Arts and Sciences.

View Dr. Coats' Consulting Profile.
• Dr. Coats' Curriculum Vitae
• Litigation History
• Areas of Specialization
Biopesticides: State of the Art and Future Opportunities (ACS Symposium Series)
Joel R. Coats, et al. (editors)
Resistance to conventional pesticides has been growing rapidly among all pests. Furthermore, there is increased public concern about the safety of conventional pesticides, and increased governmental restrictions have resulted in the need to identify new compounds that are safe and effective in controlling pests that are of concern to agriculture as well as to public and animal health. Biopesticides may aid in the control of such pests with fewer deleterious effects to the environment, people and animals.
Pest Management with Natural Products (ACS Symposium Series)
Joel R. Coats, et al. (editors)
This volume and the contributed chapters therein are a result of the Natural Products for Pest Management symposium held at the 244th ACS National Meeting in Philadelphia, PA August 19-23, 2012 to honor the late Horace (Hank) Cutler and his contributions in the field of natural products chemistry. The symposium introduced recent discoveries and applications of natural products from insect, terrestrial plant, microbial, and synthetic sources for the management of insects, weeds, plant pathogenic microbes, and nematodes.
Environmental Fate and Effects of Pesticides (Acs Symposium Series)
Joel R. Coats, et al. (editors)
The third of three volumes based on the 2nd Pan-Pacific Conference on Pesticide Chemistry, this book examines metabolism and residue analysis methods of environmental pesticides.
Bioremediation through Rhizosphere Technology (Acs Symposium Series)
Joel R. Coats, et al. (editors)
The first compilation of research on microbial degradation of contaminants in the rhizosphere. Discusses the interactions between microorganisms, plants, and chemicals in the rhizosphere. Examines the degradation of industrial chemicals, including polycyclic aromatic hydrocarbons, pentachlorophenol, and trichloroethylene, as well as the degradation of pesticides in the rhizosphere.
Enhanced Biodegradation of Pesticides in the Environment (Acs Symposium Series)
Joel R. Coats, et al. (editors)
This new volume offers comprehensive information on microbial adaptation for pesticide degradation. Among the many topics covered in its 20 chapters are a general description of enhanced biodegradation as it occurs in an agricultural context; the microbial aspects of enhanced biodegradation, including the genetics, biochemistry, and ecology of pesticide-degrading microorganisms; and the potential impact of enhanced degradation on pesticide fate in aquatic systems and groundwater.

Biopesticides: State of the Art and...