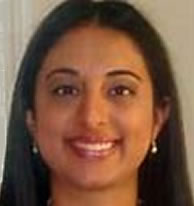 Jessica Chaudhary, MD, is a Board Certified, Harvard and Yale trained Psychiatrist with specialties in Psychotherapy and Psychopharmacology. Dr. Chaudhary is a clinical instructor at Yale, and a fellow of the American Psychiatric Association. She has over 10 years of experience focusing on her fileds of expertise.

Dr. Chaudhary treats conditions such as anxiety disorders, depressive disorders, attention deficit disorders, women's mental health issues, substance use disorders, psychosis, and dementia with behavioral disturbance.  She has expertise in caring for those with complex medical and co-morbid psychiatric conditions, and she treats individuals across the life span.

Dr. Chaudhary can provide all services through TELEHEALTH.

Litigation Support - Dr. Chaudhary offers litigation support services in civil and criminal cases to attorneys for Plaintiff and Defense. She is a private consultant and expert witness for attorneys and organizations nationwide. Her services include: 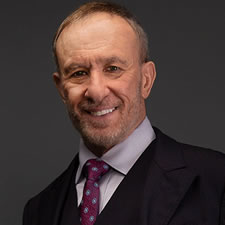 Dr. Weiss has more than 40 years of experience as a physician. He has been in practice for more than 20 years as a Board-Certified Psychiatrist, Forensic Psychiatrist and Addiction Psychiatry specialist, preceded by more than 2 decades in Internal Medicine.

As an Addiction Psychiatry specialist, Dr. Weiss developed and served as Chief of the first Dual Diagnosis (Addiction) program at Michael Reese Hospital of the University of Chicago. He has served as Medical Director of Austin Lakes Hospital.

Litigation Support: Dr. Weiss has special training and experience in the application of psychiatric knowledge to legal issues, and works in areas where Mental Health and the Legal System overlap, such as Medical Malpractice and Standard of Care. He offers objective evaluations and psychiatric consultation in a wide variety of legal matters, including expert testimony, as well as clinical work with perpetrators and victims.

Dr. Weiss provides IMEs and expert opinions on mental health questions via written report, deposition, or courtroom testimony. He works with attorneys, courts, and other parties involved in actual or potential litigation. His research and assessment and his clinical practice cover areas such as:

Sanjay Adhia, MD, MRO, is triple-Board-Certified in Psychiatry, Brain Injury Medicine, and Forensic Psychiatry. In addition to forensic/expert witness practice, Dr. Adhia has provided patient care in the Houston area. Currently, he treats patients at TIRR Memorial Hermann. His forensic practice focuses on the psychiatric impact of personal injury, medical malpractice, drug and alcohol abuse, sexual abuse, competency, violence, and complicating mental illness, as well as psychiatric disability. Dr. Adhia is among one of the few Forensic Psychiatrists who is also co-Board-Certified in Brain Injury Medicine. Often, Traumatic Brain Injury (TBI) can be a major factor in litigation as it can result in psychiatric or neurocognitive impairments. He has expertise in psychopharmacology, the medicine of medication.

In addition, Dr. Adhia works with Physicians for Human Rights to assess victims of kidnapping and false imprisonment, human trafficking, undue influence, physical and sexual abuse, rape, and fear of imminent death. In all populations, he assesses PTSD, Anxiety, Depressive Disorders, risk of suicide, and malingering. He is experienced in the treatment and impact of drug and alcohol abuse on decision-making. Dr. Adhia has also treated severe psychosis (Schizophrenia, hallucinations) and psychopathology. He was formerly treating patients at a Maximum Security Prison and prison psychiatric hospital. He has treated Opioid Use Disorders.

Dr. Adhia’s findings consider complicating factors, such as emotional distress worsened by other active physical and mental conditions. Other factors are pre-existing mental and physical illness, competency, and capacity (e.g. dementia, Intellectual Disability.) As a physician, Dr. Adhia is uniquely qualified to review medical records and doctor reports. Institutional medicine, medical malpractice, and standard of care apply to both public and private facilities, including government, regulated correctional institutions, and psychiatric hospitals. Dr. Adhia is skilled in these med-legal issues. He conducts Independent Medical Examinations, review of records, and reports his med-legal findings and opinions. He is available to testify in civil, criminal, probate, Federal, Immigration, military, and administrative jurisdictions. 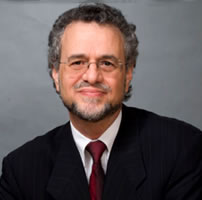 Elliott M. Stein, MD is a Geriatric Psychiatrist with over 40 years of experience caring for the elderly. Dr. Stein is Board Certified by the American Board of Psychiatry and Neurology in General Psychiatry (October, 1979), and in Geriatric Psychiatry (April, 1991; Re-Certified, December, 2001, and in April, 2011). He is licensed to practice in California and Florida. Dr. Stein was the Director of Psychiatry at the Jewish Home of San Francisco from 2010-2020, and the Medical Director of their Geriatric Psychiatry Hospital. He has treated older individuals, typically people who have complex combination of psychiatric and medical problems. Dr. Stein has been a Member of the Task Force on Testamentary Capacity and Undue Influence, for the International PsychoGeriatric Association.

He is available to serve as an Expert Witness, do legal and forensic consultation, record review, and assessments concerning Psychiatric issues in older individuals. Dr. Stein offers his services to attorneys for both Plaintiff or Defense.

Dizziness: Why You Feel Dizzy and...