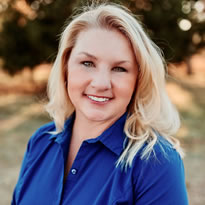 Janet L.Taylor,  BSN, CEN, CFRN, NREMT-B, is a Nurse with over 20 years of experience, the majority of which has been spent in Emergency Medical Service / Emergency Room and Critical Care Transport. Ms. Taylor has experience in all levels of EMS and Critical Care transport, from types of scenes to inter-facility transports. She has worked in various areas including ER, Medical / Surgical, Labor and Delivery, Intensive Care Unit, and Outpatient.

Ms Taylor has been chosen to speak at various EMS conferences all over the nation, offering up to date content for continuing education and improving patient care. She is also employed by University of Maryland Baltimore County as an adjunct instructor. 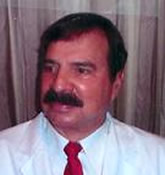 Michael Blumenkrantz, MD, FACP, FACN, CNSP, dFASN has over 40 years of experience specializing in Internal Medicine and Nephrology. Dr. Blumenkrantz is an internationally recognized expert in Internal Medicine, Dialysis, Kidney Disease, Total Parenteral Nutrition, and Nutrition. Achieving the rank of Associate Professor of Medicine (in residence) at UCLA, he has been in private practice for the past 30 years. Dr. Blumenkrantz is a Distinguished Fellow of the American Society of Nephrology.

Litigation Support - Dr. Blumenkrantz has been offering litigation support services to counsel representing both Plaintiff and Defense for 15 years. Approximately 40% of his cases involve renal issues and the remainder are in the field of internal medicine. Dr. Blumenkrantz has been involved in 350 cases in the past 15 years and has been deposed approximately 120 times. He has testified at 30 trials and arbitrations. 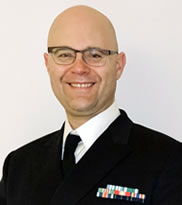 Charles S. Eisenberg, MD, Dual Certified in Internal Medicine and Cardiovascular Disease by the American Board of Internal Medicine.  Dr.  Eisenberg is a Cardiology Expert serving in the United States Navy at the rank of Commander.

As a practicing cardiologist, Dr. Eisenberg is currently the acting Director of Cardiology and Director of the Echocardiography Lab at the Naval Medical Center in Portsmouth, VA. He also serves as clinical faculty at Uniformed Services University of the Health Sciences teaching Internal Medicine and Cardiovascular Disease.  He has earned multiple medals for superior performance.

Dr. Eisenberg has over a decade of clinical experience all over the world. A veteran of NYC COVID outbreak, he has great understanding of COVID cardiomyopathy and risk of sudden cardiac death.  As Hospitalist and Cardiologist on the USNS COMFORT, Dr. Eisenberg has helped to provide data and experience in the earliest days of the outbreak. He is most familiar with what medications were used for COVID and the relative safety profile of each.

Litigation Support -Dr. Eisenberg has strong forensic skills with excellent reasoning abilities. He can handle the largest of medical records. With extensive knowledge of pharmacology and medication reactions, Dr. Eisenberg has extensive expertise in the analysis of adverse and sentinel events. He has written numerous expert witness reports and done several malpractice reviews. Dr. Eisenberg is very familiar with both cardiology and primary care literature. 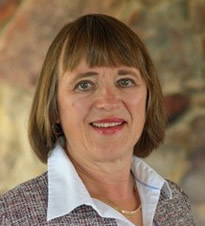 Ms. Paine has been retained as a nursing expert over 70 times for actions involving Medical Malpractice, Personal Injury, and Product Liability. She provides non-biased opinions for attorneys representing both Plaintiff and Defense. Ms. Paine is available to identify causation and damages issues and attend IME's. Her services also include assessment, review, analysis, and research of medical cases, and education of nursing standard of care issues. 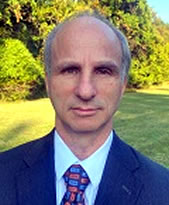 Dr. Stein has extensive experience in providing medical-legal expert services, having reviewed over 500 cases (both plaintiff and defense) and having given testimony  over 200 times. Dr. Stein furnishes an unbiased opinion on medical malpractice/negligence cases. He also provides medical opinion concerning causation. Dr. Stein does not guarantee a favorable outcome but provides an honest assessment.

Dr. Stein has lectured nationally, and consults in the area of Pharmaceutical and Biomedical Product Development and Marketing.

Dr. Stein reviews cases (for both Plaintiff and Defense) of alleged Medical Malpractice / Negligence in areas including:

Ms. Elizabeth D'Alesio has 30 years experience in ICU, including Medical, Surgical and Acute Care. She is ICU certified. She has managed the ICU and telemetry floor which includes bed monitoring. Ms. D'Alesio has also been involved with creating policy/procedure to meet JACHO requirements as well as ongoing recruiting of new ICU staff. She has served on the ethics committee for four years while in management.

Andrew Lawson, MD, is a Stanford trained, board certified Emergency Medicine Specialist. He works full time in a high volume regional adult & children’s medical and trauma center that sees over 60,000 patient visits per year. As a Quality Assurance Director for 20 years, Dr. Lawson has personally reviewed thousands of cases.  Dr. Lawson is uniquely qualified to comment on Standard of Care Issues in Emergency Medicine. He has developed expertise in reviewing medical records for quality improvements and for reducing medical-legal pitfalls in his group’s medical practice. As an Expert Witness, he has developed the skills to provide thorough research and background information, pros and cons to the case, precise timelines, and the highest quality consultation, chart review, and testimony for any situation. His unique teaching methods and presentation skills transform difficult, complex, and diverse topics into easy to understand information for jury members and other laypersons. Areas of Expertise include: 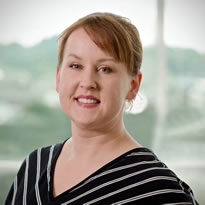 Background Experience- Dr. Buesing currently holds various positions on staff at the University of Nebraska Medical Center. She is Associate Professor in the Department of General Surgery, Director of Emergency General Surgery, Co-Director of the Virtual OR Skills Lab Curriculum, and trains residents in the performance of general and trauma surgical procedures.

Dr. Buesing has also received multiple grants and led collaborative investigations, researching Microbubble Oxygen Therapy for Acute Respiratory Distress Syndrome. She is a reviewer for the American Journal of Surgery and on the Performance Improvement Committee for TNMC's Emergency General Surgery.

Litigation Support - Dr. Buesing understands and respects the methodology of medicolegal investigations, and is steadfast in her dedication to providing succinct, focused and analytical consultation or expert opinion to the fact-finder. She offers her expert opinion and testimony to defense and plaintiff attorneys.

Mr. Luckett has served as a circulating nurse, RR nurse, and as a registry nurse in General Surgery, Orthopedics, Neurosurgery, Gynecology, Vascular and Urology Surgeries. He has given numerous laser safety lectures and is a clinical assistant for the University of California at Los Angeles, Registered Nurse First Assist (RNFA) program. Mr. Luckett has also served as a case consultant and reviews nurse malpractice cases for the California Board of Registered Nursing.
• View Timothy Luckett's Curriculum Vitae
• View Timothy Luckett's Fee Schedule 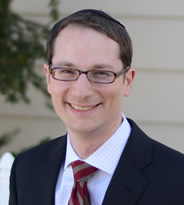 Dr. Wiesen is currently a Pulmonary and Intensive Care Attending Physician at Community Intensivists where his duties include general clinical care and workflow organization and protocol authorship. He also serves as a Medical Technology Analyst at OurCrowd where he is responsible for the Scientific and financial assessment of medical technology start up companies and provides multi-disciplinary interactions for assessments and investments.

Dr. Wiesen has extensive academic experience with over 75 publications, including first authorship on over a dozen full length manuscripts. He has been honored with the Teaching Excellence Award from the Cleveland Clinic, a non-profit academic medical center, which provides clinical and hospital care and leads in research, education, and health information. He also received the Best Abstract Award, Critical Care session, at the ACCP CHEST annual conference in 2014.

Peacemaking: Practicing at the...

The Crisis of Police Liability...