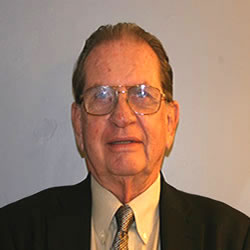 Peter Wade had a 32 year career with the U.S. Postal Service retiring in 1993 as Assistant Regional Chief Postal Inspector, Northeast Region, with responsibility for implementation of the criminal investigative and security programs of the Postal Inspection Service in the Northeastern United States, Europe, and the Caribbean.

Mr. Wade also served as General Manager/Postmaster Caribbean Division, USPS, supervising 3,500 postal employees in Puerto Rico and the U.S. Virgin Islands. In that capacity, he was responsible for all postal operations in the U.S. Caribbean from 1989 through 1991.