Featured articles related to Sexual Abuse, Molestation, and Harassment, written by Expert Witnesses and Consultants on the subject.. Page 2.. Contact Us if you are interested in having your work published on our website and linked to your Profile(s).

In 2011, the U.S. Department of Education Office for Civil Rights (OCR) issued a "Dear Colleague" letter to college and university administrators about implementation of Title IX of the Education Amendments of 1972 in regards to campus sexual assault cases. Title IX prohibits discrimination on the basis of sex in education programs or activities in schools that receive federal funding. The letter explains that schools are required to develop and distribute policies regarding sexual harassment, designate a Title IX coordinator to oversee the school's duties, train staff and students in sexual harassment and violence issues, and establish an investigation procedure and an adjudication process. The letter did not articulate specific procedural safeguards, rules for the examination of evidence, or guidelines for the conduct of adjudication or hearing processes for cases of campus sexual violence.

A Break in Communication: When an Advocate Is Needed

Each and every child is born with potential. The adults in that child’s world must work to make certain that there are educational opportunities in place to ensure that potential is reached. Every time an adult acts to support a child’s potential or speak on his or her behalf, we are striving to act as an advocate. In some instances, parents will use traditional venues, such as 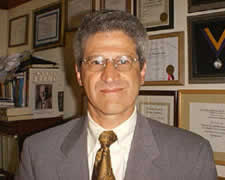 Equity Value Enhancement: A Tool to...

The Source for Safety: Cognitive...