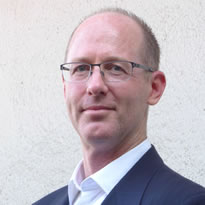 In the absence of physical evidence or eyewitness testimony, establishing a criminal charge of child sexual abuse often boils down to a "he said, she said" weighing of credibility of the accuser and accused. As the burden of proof lies on the prosecution to establish the charge beyond a reasonable doubt, witness testimony becomes paramount in determining the outcome of the case. If the alleged victim is suffering from a serious mental illness, such as psychosis, that impairs one's ability to either accurately recall the alleged abuse or distinguish reality from fantasy, witness credibility will suffer, and the defendant will likely be found not guilty. For both plaintiff and defense counsel, when there is any suspicion of psychotic illness in the accuser, it is critical to assess the following before trial: type and severity of mental illness, genetics, drug use, previous abuse, and neglect.

Not all mental illness is considered equal, at least in terms of its impact on witness credibility. Major depression is a serious-and severely impairing-diagnosis; however, it most cases it should not impair one's ability to experience and accurately recall events. A psychotic illness impairs one's reality testing: Paranoia, delusions, and hallucinations all compromise the ability to distinguish between an imagined event and one that really occurred. Diagnoses of serious psychotic illnesses include some forms of bipolar disorder, schizoaffective disorder, and schizophrenia. All require treatment with antipsychotic medication. It is critically important to differentiate post-traumatic stress disorder (PTSD), a severe anxiety disorder, from psychosis. Symptoms of PTSD (hypervigilance or avoidance, for example) may overlap with those of a psychotic illness; however, delusions and hallucinations are not a hallmark feature of PTSD. In addition, PTSD always follows a traumatic event, whereas psychotic illness develops organically over time and can worsen after a stressful or traumatic event. Even if an alleged victim is in remission and is showing no symptoms of psychosis at the time of trial, an allegation's accuracy may still be called into question, if the alleged abuse occurred before remission or during a period of psychosis.

Illicit drug use, in particular in those children with a family history of certain severe mental illnesses, increases the risk of later developing a psychotic disorder. Marijuana, for example, is 'known to precipitate psychotic breaks in young people genetically predisposed to psychotic illness. Equally important, any child actively using drugs during the time of the alleged abuse may suffer impairments in cognition and sensory awareness, leading to confusion or hallucinatory experiences that do not accurately reflect real events.

Previous abuse and neglect, whether physical, sexual, or emotional, may also contribute to the development of a psychotic illness, in particular when it occurs at a young age or over an extended period time during critical stages of development. A gradual weakening of the brain's capacity to tolerate life's stresses, similar to a weakening of the body's immune system protections against infection, can lead to organic psychosis years later in susceptible individuals. If the abuse is severe, the child may even develop a psychotic psychological defense to cope with the emotionally unmanageable reality, in effect creating a substitute reality that is nothing more than fantasy. In either case, the child loses the capacity to differentiate between real and imagined events, making it difficult, if not impossible, to evaluate the accuracy of reporting in the absence of corroborating evidence.

Actual psychotic illness is uncommon in young children. In late adolescence, however, an individual carrying the burden of multiple risk factors described above can begin to display hallmark symptoms of psychosis: paranoia, delusions, and hallucinations. Any child alleging sexual abuse suspected of a psychotic illness should be evaluated by a psychiatrist specializing in children and adolescents, and the attorneys on both sides should look into evidence of the important risk factors in preparing their case, so there are no surprises when the witness is called to testify.