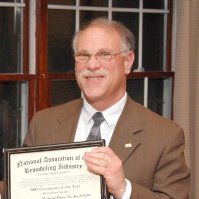 By now, you have probably heard about the rules that tell us how to properly manage lead-based paint under the U.S. EPA, the U.S. Dept. of Housing and Urban Development (HUD), the Occupational Health and Safety Administration (OSHA), and most State, County, and Local governments. We are concerned about the issue of lead-based paint, among the wide diversity of building issues and standards since both our Construction Expert Practice address them, and our remodeling division performs a significant amount of work on older buildings.

Though this is obviously a generalization, basically, if a building was constructed before 1978 and it has not been certified free of lead-based paint by a certified assessor, work on it must comply with EPA, Title X. From the perspective of a construction expert witness practice, most construction trade professionals, as well as apartment building owners, and many others may be held liable for failure to comply, and those who do comply must be held harmless despite a subsequently-discovered incident of a high blood lead level in an occupant if they do comply.

So what is the problem? Profit margins in small and large businesses alike are so tight due to economic conditions that their owners are reluctant to add any costs to construction work, even though it is required legally and in the best interest of people's health. Politics has created a level of cynicism in some people so that Title X is simply seen as more governmental intrusion. Their retort is a thought to the effect of, "C'mon, it's just dust! Just sweep or vacuum it, or whatever."

Yes, the Renovate-Repair-Paint (RRP) curriculum includes data about the percentages of homes that are contaminated with lead-based paint from 1940-1959, 1960-1978, and All Housing. According to the U.S. National Institutes of Environmental Health Sciences (NIEHS), the "Confirmed elevated blood lead levels (EBLLs) as a Percent of Children Tested" had dropped in every State, NY City, and Nationwide from 1997 through 2007. You probably also played with mercury in your bare hand and rode your bicycle without a helmet! However...

What is Lead? Lead is a highly toxic metal that remains in the environment after use. Lead has been used in the manufacturing of many products for centuries. Until the 1970's, lead could be found almost everywhere in the United States. Homes were covered with lead paint. Cars used leaded gasoline. Water pipes, ink, batteries, crayons and many other household goods had lead in them. Since The Artisans Group works on so many older homes, we became certified to properly take samples for testing to determine whether lead remediation is necessary.

What is Lead Poisoning? Lead poisoning is a serious medical problem that occurs when too much lead accumulates in the body. When eaten or inhaled, lead is easily absorbed into the body and can cause developmental and neurological problems. Anyone can become lead poisoned, but children under the age of six and pregnant women are at greatest risk.

Why Be Concerned? As a state with one of the oldest and most extensive industrial heritages, New Jersey contains a substantial amount of lead, subjecting its residents to the dangers of lead poisoning. A legacy of lead in housing, soil, and water often creates unacceptably high exposure levels to children, adults, pets and wildlife. Today, the primary cause of lead poisoning in children is lead-based paint. Lead-based paint was banned from residential use in New Jersey in 1971 and nationally in 1978. However, housing built prior to 1978 may be contaminated. Houses built prior to 1950 present the greatest risk due to the high percentage of lead contained in older paint. More than 30% of the housing in New Jersey was built before 1950. In addition, every county in the State has more than 9,000 housing units built before 1950. For these reasons, lead poisoning prevention is of significant importance to the people of New Jersey.

Where is Lead Found? Lead-Based Paint Lead is often found in peeling and chipping lead-based paint and dust located in houses and apartments built before 1978. Although lead-based paint for residential use was banned in New Jersey in 1971 it was still widely available until the national ban on sales in 1978. However, lead is currently used in industrial paints.

Wayne Baruch, is a skilled and accomplished Designer, Craftsman, and Project Manager with a long track record of successful on-time, on-budget completion that achieves win-win client and vendor relationships. His company, Artisans Group, LLC, is a full-service Remodeler that specializes in Older Buildings (from the late 1700's), Repairing Structural, Bug and Water Damage. 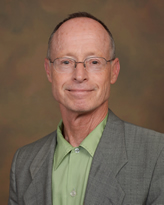 As a Construction Expert Witness, I have been involved in numerous homeowner vs. contractor lawsuits that turned out to be directly created by contractor fraud. In this article, I have combined a few different actual cases, highlighting the various tactics used by dishonest contractors to bait and then hook the homeowner. In all of these cases, the homeowner prevailed.