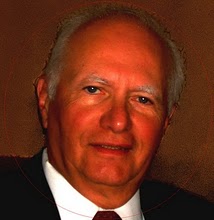 Creep of a metal or alloy is defined as its time-dependent deformation under constant stress at a given temperature, and is associated with elevated temperatures, usually defined as any temperature above 1/2 the melting point (in absolute degrees). At these temperatures, many metals exhibit substantially reduced strength as compared with their room temperature properties, and the processes leading to failure under load are different than they are at lower temperatures.

Two tests have been developed to measure these properties, and they provide similar information. The standard creep test is run for a given time period (generally 2,000 or 10,000 hours, but sometimes longer), while the stress rupture test is usually run to failure. There are also stress rupture test protocols that are run for specific (shorter) durations, such as 1,000 hours.

The essence of the test is to heat a specimen to the temperature of interest, apply a fixed load, and measure the deformation of the specimen over a specified time interval. These test procedures have been standardized and can be found in ASTM standard E-139.

Numerous studies have found that the essential behavior of the creep phenomenon consists of the following stages: An initial deformation upon applying the load, then a slowly decreasing rate of deformation (stage I), leading to a steady state rate (stage II) which is then followed by a (usually rapidly) increasing rate (stage III) until failure. Many applications of materials at elevated temperatures require that the onset of stage III be known since deformation is usually acceptable, but failure is not. Thus, data have been developed to allow for the design of components that have specific service lifetimes associated with them based upon this data.

An extensive discussion of test equipment and procedures is available in the ASM Metals Handbook, Vol. 8, beginning on page 369. In addition, a detailed analysis of creep behavior is provided in several texts on metallurgy, most notably the following:

Raymond Mignogna, P.E., is a Licensed Professional Engineer with over 40 years of special expertise in Mechanical Metallurgy, Metals Manufacturing, Inspection Techniques and Failure Investigations. His services include the handling of materials selection and production issues, equipment selection and facility planning, to the development of new or improved test methods for plant or field use.

Four, tri-lobe pumps were damaged and required extensive repair during the latter stages of construction for a modification in a pharmaceutical manufacturing plant. The economic loss was significant and the general contractor for the work paid the plant's owner for the loss. The renovated units were installed and are in use. However, the general contractor then sued one of its subcontractors - a welding contractor that fabricated and completed weld joints between piping sections on the inlet side of the pumps. The general contractor claimed poor quality welds in the piping permitted loosened weld fragments to enter the pumps during the required water flow verification of the system and this caused the damage.