Abstract - For power transmission systems compliant with safety codes and reliability standards there remains a risk of tree-caused interruptions from the in-fall of trees from outside the right-of-way. This paper reports on the quantification of tree exposure outside National Grid�s transmission corridors and examines the variables impacting the risk of a line contact by trees. Correlations between the variables and National Grid�s tree-caused interruption experience were tested. Regression analysis was applied to a calculated risk factor and the annual interruption frequency.

Two mitigation approaches are compared for cost and efficacy in improving line security. One is based on a regulator suggested use of minimum right-of-way width, while the other is site specific, based on specific site risk versus the voltage class mean risk.

I. Nomenclature
Utility forest: the land base supporting tree growth, which could now or in the future interfere with the transmission or distribution of electricity.

Clear width: the distance from the outside conductor to the tree boles at the forest edge.

Danger tree: any tree which, on failure, is capable of interfering with the safe, reliable transmission of electricity.

Hazard tree: a danger tree that has both a target and a noticeable defect that increases the likelihood of failure.

II. Introduction
The possibility of a cascading outage event impacting millions of people is a feature intrinsic to the transmission system. The risk of such an event has increased over the last 20 years for several reasons. Foremost among these are that the addition of new lines has all but ceased and transmission systems originally designed to optimize system security on a state or provincial level are now commonly deployed in regional transmission organizations and involved in interregional electricity flows. The effect is, there is little or no redundant capacity to tap when a line fails, and lines connecting to other systems, originally designed to protect local systems, are now heavily used for the import/export of electricity.

This history and the August 2003 northeast blackout specifically, have brought considerable scrutiny to utility vegetation management. While it was removed from the final report, one of the questions raised by regulators examining transmission company vegetation management programs following the 2003 blackout was whether there ought to be mandated rightof- way widths based on line voltage [5][6]. We demonstrate by work performed on the National Grid transmission system that while such a requirement may increase line security, it constitutes a very inefficient use of resources. Similar or greater gains in reliability can be achieved for substantially less cost with a program responsive to specific field conditions of above average tree risk.

III. Background Conditions
National Grid owns transmission facilities in New York, Massachusetts, Rhode Island, New Hampshire and Vermont. The lines are located on approximately 7,360 kilometers (4,600 miles) of rights-of-way; 2240 km (1,400 mi) in New England (NE) and 5120 km (3,200 mi) in New York (NY), respectively. Most of these rights-of-way are fully cleared. The rights-of-way contain from one to several circuits, with a voltage range from 69 kV to 345 kV AC and 450 kV DC.

National Grid�s vegetation management program has been operated under the centralized control of the Transmission Forestry Department since 1993. The vegetation management program has focused on bringing order and control to vegetation within the rights-of-way (the floor) while removing hazard trees from the sides. Reliability of the system has been improved and by a concerted effort to push maintenance operations to the early stages of tree succession, cost efficiencies have been gained. Outage data indicates that tree-caused interruption incidents are due to the failure of trees outside the right-of-way. The incidence of tree-conductor conflicts arising from trees within the right-of-way is virtually non-existent at less than one per year with occurrence restricted to the lower transmission voltages (69 kV and 115 kV).

National Grid�s experience is what would be expected for a transmission company compliant with the National Electric Safety Code (NESC) and good utility practice. The NESC requires transmission companies to consider line sag, line swing, flashover and tree growth to maintain adequate clearance between conductors and tree parts so as to avoid any phase-toground or phase-to-phase faults. A further focus on right-ofway floor vegetation offers National Grid minimal opportunity for further improvements in system reliability. If National Grid is to achieve a meaningful reduction in tree-caused service interruptions, it needs to better understand the variables affecting off right-of-way tree risk.

The Transmission Forestry Department at National Grid undertook a risk assessment study focused on quantifying the size and characteristics of the utility forest outside the electric utility right-of-way. The goal of the Transmission Forestry Department is to minimize tree-caused interruptions, balanced against financial resources, to improve overall system reliability as measured by number of tree caused incidents and loss of supply to customers. Within this goal, there is a particular focus on higher voltage transmission lines (230 & 345 kV) where National Grid seeks a management plan that results in no treecaused outages due to the major impact the loss of such a line could have and the associated risk of system instability. This goal is consistent with the reliability standards emerging in response to the 2003 northeast blackout. The project was designed to provide the Transmission Forestry Department the data required to quantify the current level of tree risk and thereafter to develop and assess the cost of a range of mitigation options.

IV. Methods
The project involved a number of phases. The key aspects can be summarized as the random selection of 400 right-of-way points where the percent of treed edge, right-of-way characteristics such as line height, tree height, clear width and adjacent forest characteristics were collected. The percent of forested edge was derived from aerial photographs within National Grid�s GIS. Aerial photographs were available for 377 of the 400 random sample points. Literature on major storm damage to trees was researched to assess tree failure modes and identify what species represent the largest risk to transmission service in the US northeast. Weather events from 1950 through 2003 were compiled by county, to determine the frequency of tree damaging events. The frequency of tree damaging weather events and the specifics of tree species vulnerabilities are not presented in this article.

The fieldwork collected data on 131 sample points in New England (NE) and 178 points in New York (NY). Some of the 400 random sampling points could not be used, as there was no adjacent forest. There was no 69 kV sampled in NY. For the forest data, which identified the tree species, measured the diameter at breast height (dbh) of trees falling within a BAF10 prism sample and identified the cover type, over 22,000 records were generated.

Field data collection occurred from January 2004 through mid-July. Due to the timing of data collection and that National Grid experiences peak loads in response to air conditioning demand, the vast majority of the measured line heights do not reflect a maximum sag condition.

Analysis involved the use of the Optimal Clear Width Calculator [7] (OCWC), which through triangulation determined whether off right-of-way trees were capable of interfering (danger trees) with the transmission system, and provided a measure of the extent of the risk. In this way distinctions could be made between the total tree exposure and the tree exposure comprised of trees tall enough to strike a conductor on failure, thereby constituting a current risk to the transmission system. Also assessed and analyzed were forest cover types, species composition, and the incidence of emergent (dominant) trees. Data on forest cover types and species composition are not presented in this article with one exception relevant to emergent (dominant) trees. The measured variables of line height, tree height, clear width and the derived tree risk are examined in relation to the history of tree-caused outage incidents.

V. Results
In both NE and NY White Pine was the predominant current emergent species, occurring along 12.4% and 8.5% respectively, of the right-of-way edge. The risk posed by emergent trees has the potential to expand substantially over the next 30 years, especially in the NY service area, as the amount of the utility forest containing White Pine is 20.4% in NE and 27.2% in NY.

Siegfried Guggenmoos is a Professional Agrologist, active in industry associations and reputable in the Vegetation Management Industry for knowledge, range of experience, financial accountability and environmental sensitivity. He contributes clarity to problem solving, innovation and new interpretations combining technical, environmental and financial domains.

Identifying the Source of a Power Surge

Is it possible to differentiate between lightning related surges and artificially generated electrical surges?

Abstract — Severe weather events such as ice and tropical storms routinely cause extensive damage to electrical distribution systems. Much of the damage and service loss can be attributed to trees. Events where service restoration spans days or weeks are generally closely examined through regulator directed hearings. Even when no specific actions are subsequently 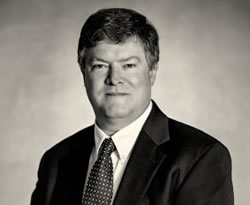 Many people just take for granted that something is just going to work, and in many cases assume that it will work forever. One such device that does not get enough attention is the Ground Fault Circuit Interrupter (GFCI). Simply put, a GFCI is a protective device that compares the current flowing on the hot and neutral wires of the circuit and will "trip" to disconnect power to the circuit if a small imbalance of current is detected. The imbalance of current is an indication of a dangerous alternate path for the current to flow from a damaged line cord or a fault inside an appliance and constitutes a shock hazard to a person.