Books (e.g., "Spontaneous Human Combustion") and TV shows on SHC have given a couple of new meanings to the term "heartburn". The aura of mystery artificially placed around these cases can definitely inflame the stomach linings of any professional fire investigator.

In the SHC book, the two authors mention 111 cases of mysterious fires over the centuries believed to be examples of SHC - 54 cases have been documented within the past 50 years. The early cases which occurred in the 1600's and 1700's are difficult to analyze given the time element and the anecdotal evidence available. Later fires, in this century, also tend to be poorly documented as to the technical aspects of the fires, with only the more sensational information surviving. Incredibly, the book offers photographic evidence of a couple of fire death cases attributed to SHC where it can be clearly seen that the victims had fallen partially into fireplaces!

Then there's the case of Mary Reeser - a rather plump 170 pound lady who expired, in July of 1951, in her apartment in St. Petersburg, Florida. Mrs. Reeser had reportedly been taking sedatives (four Seconals) and smoking cigarettes the night before her body was found. The "overstuffed easy chair" in which she had reportedly been sitting was completely consumed by the fire; Mrs. Reeser was nearly completely consumed, too. Her son, a doctor, reasoned that it was a simple case of a woman on sedatives falling asleep on an overstuffed chair while smoking, and related these thoughts to investigators. Under the right conditions, with her clothing acting like a wick for her body fat, a smoldering fire ignited by a cigarette in an overstuffed chair can do exactly what it did to Mrs. Reeser. Yet the "mystery" of how this woman died endures.

Another believed example of SHC occurred decades ago in Kentucky. Five men were found burned to death in the countryside beside an automobile which had apparently run over an embankment off the road. Blood, too, was found at the scene. Because autopsies showed that the men were breathing during the fire, the case made the book's list; however, it is not unusual for fire victims to be breathing during a fire which ultimately will kill them. Important clues were obviously missing here.

In a third example, a man was found burned to death in his bed in New York, with matches noted within a few feet of the body. The report was that some of the matches were not burned; the idea that matches so close to the victim were not burned by the fire so intrigued the authors that they ignored the significance of the matches being there in the first place! Smoldering fires do not transmit heat into their surroundings in the same manner as open flames. They burn at a much lower rate of combustion and distribute heat mainly by convection, which slowly and more evenly spreads the heat throughout the room.

For this reason, nearby unburnt matches - or any other combustibles for that matter - near a smoldering fire do not a mystery make to a seasoned fire expert. Instead of merely speculating that aliens might have been doing target practice with hapless humans, the authors did attempt to find a scientifically possible cause of the "mysterious" phenomena called Spontaneous Human Combustion, also steering clear of hinting that some paranormal activity might be involved.

But their suppositioning included some rather exotic slants on chemistry and physics, like methane gases generated by an out-of-whack digestive system (so why don't we see exploding cows?), electric "fields" within the body (try to promote that idea to any electrical engineer and watch him laugh out loud), and out-of-the-blue strikes from ball lightning into confined spaces (and have you ever seen ball lightning?), when Occam's Razor should tell you that simpler, more rational explanations would apply if only more were known about each case.

SHC has also occasionally been in vogue with TV scriptwriters. The phenomena was not only discussed during an "X-Files" show, but it also played a role in an unusually silly episode on the normally thoughtful former drama series "Picket Fences", where the mayor went up in a puff of smoke, scorching only the bedsheet on which he had been lying. (For other examples of how Hollywood mistreats fire investigation, click here).

Arthur C. Clarke presented a quasi-scientific Discovery Channel program which outlined a few of the stranger cases of SHC, including the infamous Reeser fire in St. Petersburg (for a more in-depth account of this fire click here). St. Petersburg's present fire chief was interviewed about the Reeser case, but it was noted during the show that not one fire origin and cause investigator was asked about the phenomena. Why not? Maybe it was because they couldn't find one who believes SHC exists. For example, the National Fire Protection Association's (NFPA) Guide for Fire & Explosion Investigations (NFPA 921) specifically states that "Human bodies do not spontaneously combust." (ref: 23.3.6.2)

Though the program didn't answer many questions, one plausible explanation was offered as to how SHC victims manage to burn so thoroughly. One researcher effectively demonstrated on film, using fatty pork wrapped in a cloth, how a body can burn without additional fuel.

A more recent Discovery Channel treatment of SHC was more sensational and far less skeptical, relying heavily on the musings of a layman writer who had a nearly obsessive penchant for the word "mysterious".

Overall the subject has been generally treated, erroneously, as a mystery investigators have yet to solve satisfactorily.

But the "mystery" has been solved.

Many SHC victims have been nearly completely consumed in some substantial parts of the body by the fire, especially the torso - with bones turned to a powdery ash. The claim by tabloid journalists is that even commercial crematoriums do not produce the temperatures needed for such complete combustion.

So what kind of temperatures are needed? As it turns out, the human body burns at temperatures typical of just about any other normal fuel. In fact, a burning body is regarded by fire investigators as part of the fuel load of a burning room. But a body burns at a low rate, and without a crematorium the body requires a longer period of time to burn. In SHC cases the victim typically hasn't been seen by anyone for many hours prior to the discovery of the body.

Recent studies by English researchers and renowned American fire scientist Dr. John DeHaan, author of "Kirk's Fire Investigation", have determined burn rates for burning bodies by studying fire effects on pig carcasses. Prior to the tests, Dr. DeHaan had estimated the burn rate of a human body from actual photographs of a murdered woman found burning in woods. The animal tests confirmed his estimate. They have found that a body burns at a rate of approximately 8 to 24 pounds per hour, and the rate of heat released from the burning body (as in a smoldering fire) is very low with a steady flame height in the 16 to 18 inch range.

Dr. DeHaan and the other researchers confirmed that the fat in our bodies can actually add fuel to the fire when certain conditions - such as sufficient initial burn time and wicking - are met. In instances of supposed "SHC", the human body, once it has been exposed to flames for a period of time, actually begins to behave like a candle - only with the wick (usually clothing or bedding) outside of the body instead of inside. Even bone marrow will burn under these conditions, and the bones can become powdery after only four to five hours of exposure to typical fire temperatures.

At Fire & Accident Causation Technical Services (FACTS), we've observed a number of truly bizarre fire scenes where interesting and unexpected elements produced unique and often puzzling fires. Because important clues were noted, though, these fires were all found to have rational explanations. The difference between a bizarre fire and a "mysterious" one is simply that important facts are missing or mis-interpreted in the latter case.

Remember this the next time you see a TV show or read an article about SHC. The real experts on SHC are the fire investigators and scientists who deal professionally with fire and its effects - not writers who have researched the subject with the goal of a sensational book. Be a skeptic!

Have We Sparked Our Last Home Fire?

Every year there are thousands of home fires all across the nation due to faulty household electrical wiring. There are an annual average of 110 electrical fires a day as a result of frayed wires, loose electrical connections, broken extension cords, faulty switches and outlets and other common sources.

Fires: Why the Cause May Not Be Electrical

Electrical appliances or wiring are often fire cause scapegoats, simply because they're there. It's unusual to find a burned structure without some electrical wire or device in or near the fire origin. 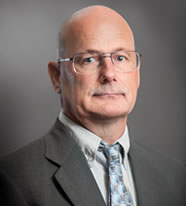 In most US households there are all types of consumer products used every day that add value to the people using them. The product performs a chore or other household task more efficiently, adds entertainment value to their lives, or delivers a basic necessity such as heat, AC, or hot water. Most of these products use some form of energy to produce the desired function.