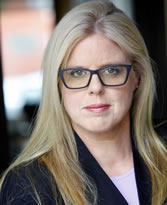 A Case Study: On Sports Liability Waivers And Sexual Abuse In Youth-Serving Organizations

Is Sexual Abuse in Youth-Serving Organizations Covered under a Liability Waiver? This argument was presented by the defense in a recent case. Let's review and see if this is a plausible argument in youth-serving activities.

Understanding that it is close to impossible to participate in sports or any activity without being presented with a liability waiver. Every sport has some risk of some sort and parents are responsible for knowing that risk and accepting responsibility for any inherent risks that might occur. Does that mean, that one is also waiving their rights when it comes to sexual abuse, or any kind of abuse perpetrated on the individual participants in a youth-serving environment?

In reviewing a liability waiver, there are many variations that cover the same basic premise, the example used here is a waiver from Sadler Sports.1 Without going through the entire document, we will focus a few key elements in the waiver for this case study.

Starting with the beginning statement in the opening paragraph "participate in any way."

In analyzing that statement, it doesn't differentiate from one level of skill to another or one style from another. It's a generic a statement stating one's participation in any way." Participate in this context is considered voluntary and without force.

This statement at this point doesn't cover sexual abuse or harm done to a minor.

The referenced waiver is comprised of four clauses; however, the focus will be on the first two clauses, starting with the first clause, which read as follows:

1) The risk of injury from the activities involved in this program is significant, including the potential for permanent paralysis and death, and while particular rules, equipment, and personal discipline may reduce this risk, the risk of serious injury does exist; and,

Focusing on the first part of the clause "risk of injury."

Simply stated, sexual abuse cannot be defined as an injury it is a violent act perpetrated upon the victim.

The clause also references "personal discipline". If someone has been previously disciplined for an act of sexual abuse with a minor and the appropriate authorities have been notified the employee presumably would no longer be involved in the program. If a person was accused of abuse and continued employment and or involvement in the environment, it would then become a situation of negligence and an act of omission. Thus, the waiver would not be a viable argument for such a defense.

This leads to second clause in the waiver, which reads as follows:

2) I KNOWINGLY AND FREELY ASSUME ALL SUCH RISKS, both known and unknown, EVEN IF ARISING FROM THE NEGLIGENCE OF THE RELEASEES or others, and assume full responsibility for my participation; and,

This section states a few key statements "both known and unknown" as well the "even arising from the negligence." Having just stated negligence in the first section, wouldn't that contradict the second clause and therefore be a forcible argument for the case?

is applied to describe an act of sexual abuse or harassment in a youth serving environment. Regardless of "known or unknown" acts perpetrated by the individual, is incumbent upon the organization to provide reasonable training to staff to prevent such acts of violence as well as follow all state and federal law requirements.

In conclusion, sexual abuse cannot be defined as an injury it is a violent act perpetrated upon the victim.

A parent cannot waive their right or that of their child's of being prey to sexual abuse or any other form of abuse in the sport setting (or any setting) known or unknown, despite the fact there is now wide spread knowledge to the prevalence of the issue. This type of harm done to a minor (or any age athlete) would be categorized as non-accidental violence.

Meaning, the harm wasn't as a result of their inherent participation in the sport and was as a result of being groomed, targeted, coerced and manipulated with intent to harm. The parent and signer of the waiver could not foresee the intent of the coach, leader, or person of authority over their child in any situation.

There is also a reasonable expectation that the program had taken efforts to vet their staff, respond to previous concerns, follow the state and federal laws and take the necessary action upon any complaint to provide a safe environment prior to accepting participants into a youth-serving and/or power imbalanced athletic structure.

In any case of sexual abuse, a parent (or participant) cannot waive their rights with a liability waiver for cases which involve acts of "non-accidental violence" or "non-accidental harm" to participants in the program regardless of age.

Negligence-Acts of omission regarding athlete safety. For example, depriving an athlete of food/or drink; insufficient rest and recovery; failure to provide a safe physical training environment; or developmental age-inappropriate or physique-inappropriate training methods.

Sexual abuse-Any conduct of a sexual nature, whether non-contact, contact or penetrative, where consent is coerced/manipulated or is not or cannot be given.

Sexual harassment-Any unwanted and unwelcome conduct of a sexual nature, whether verbal, non-verbal or physical.

Career Advancement and Survival for Engineers

by Samuel I. Miles, MD, PhD

Milk Them for All Their Worth! - Dr. Sanders’ Guide to Milk and Money (2nd Ed)