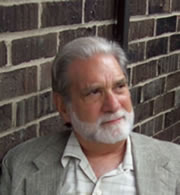 I confidently predict that sometime in the next year, a public figure (or even someone you know) will be accused of plagiarism. When that happens, read this first:

A brief definition: plagiarism is knowingly appropriating another's original words and/or ideas and presenting them as one's own.

As a student, scholar, and professional writer, I have long been familiar with the standards governing academic honesty and plagiarism. I applied these to many academic publications, including my master's and doctoral theses. I dealt with student plagiarism at various times in my professorial career (1967-1980), and later, as a speechwriter and corporate communicator, I applied these standards to ensure that the content of my work products, including professional articles, was either original or properly attributed.

My experience with plagiarism as a legal issue began in 1979, when I was asked to opine as to whether a set of song lyrics had been plagiarized from The Who (it had not). Over the years, I have been involved in about 30 cases of accused or suspected plagiarism.

Typically, my input is requested early on, as attorney and client want to find out, before proceeding, whether the charge of plagiarism is warranted. In some cases, lawyers dealing with a charge of plagiarism are unable to agree on a definition or, if they do agree, they are at a loss as to how to apply it to the case at hand.

The fundamental questions are:

(i) Are the similarities between two texts or documents too numerous and/or precise to have occurred by chance? Material may be copied verbatim, or the copier may take pains to alter the wording of the source text (the copier's version is usually longer)

In one of my cases, the creator of an online course saw his own course being offered online - by one of his students. The grammatical structure of sentences had been altered, in an attempt by the plagiarist to disguise his work. But the similarities (in the content of the problems and multiple-choice answers) were still obvious; in most cases, the multiple-choice answers were even in the same order.

Even if there are similarities in lexicon, phraseology, or content, we must still ask:

(ii) To what extent is the supposedly plagiarized material truly original - or in the public domain, as common knowledge or as common language usage? There are so many writings on every subject that we would expect to find, in different works, many of the same concepts, the same statements, perhaps even the same sentences. There are probably not more than a dozen basic literary plots, constantly reinterpreted and reimagined by each generation of writers. Similarly, certain conditions can be taken for granted as mise en scene, the commonly expected aspects of background, situation, historical era, theme, and genre.

The question of whether something is in the public domain has become vastly more complex with the advent of the Internet. New ideas and phrases spread so rapidly that it's hard to tell where they originally came from.

Why it's not plagiarism

When a charge of plagiarism is leveled, the data may fail to meet the "gold standard" stated above, usually for the following reasons:

(a) The material can be shown to be in the public domain, thus accessible from sources other than the ones from which material was allegedly plagiarized. Melania Trump's alleged plagiarism from Michelle Obama (who got the material from somewhere else, apparently her mother) consisted of bland platitudes that have been endlessly repeated, verbatim and in paraphrase over the years,

This criterion is often overlooked by accusers. If the replicated words and/or ideas can be shown to be available from only one other source, a charge of plagiarism is justified. If the repeated material can be found in many other places, the criterion of "public domain" must be carefully considered. But the gold standard - misappropriating and taking credit for another's original ideas - is not met in Melania's case.

In legal, scientific, and academic writing, proper attribution is essential - if the ideas are original. But lawyers, judges, scientists, and scholars have written the same things so many times that the wording, refined over many years, may be regarded as the optimal way to express the ideas in question

In legal writing especially, authors tend not to stray far from established wording, especially if it has precedential value.

Similarly, expression of the provisions of a particular law, regulation, or court decision may, over time, become so fixed as to approach boilerplate. Attribution, except in the most general terms, can be difficult, impractical, or impossible.

As I explain elsewhere, plagiarism detectors, which can identify similar strings of words but cannot understand meaning or assess originality, introduce more confusion than clarity. Considering the number of times a particular sequence can be proliferated across the Internet, it is a long and unwarranted stretch from "similar words" to "deliberately copied and took credit."

(c) The plagiarism charge is part of a larger controversy. In one of my cases, a man was accused of plagiarism and several other offenses. The other charges may have been valid, but there was no similarity whatsoever between the source text and the allegedly plagiarized one. In academia, a conflict between professor and student on personal or other matters can trigger a plagiarism charge.

(d) The accuser over-generalizes, as with the client who claimed that Dan Brown (The DaVinci Code) plagiarized his work. Brown had faced that charge by two other authors whose book bore many similarities to The DaVinci Code. The judge ruled that

"[Copyright protection] does not, however, extend to clothing information, facts, ideas, theories and themes with exclusive property rights, so as to enable the claimants to monopolise historical research or knowledge and prevent the legitimate use of historical and biographical material, theories propounded, general arguments deployed, or general hypotheses suggested (whether they are sound or not) or general themes written about."

My client's work also bore similarities, but the fact of the matter is that just about any book on the discoveries of the mysteries of the ancient Church will involve Rome, the Vatican, a cavern or underground chamber, and much else that was mise en scene or to be expected in a novel of this type.

Another client thought the "Fancy Nancy" books had been plagiarized from her writings, whereas the similarities were quite superficial, involving only the adventures of a little girl.

The same rationale applies to non-fiction. The reader is expected to have certain background information about the world and the topic at hand - otherwise, every statement would require attribution.

(e) Failure to attribute properly may be taken as plagiarism instead of carelessness. Here the accuser presumes to know the intent of the writer. Sometimes the charge is brought by an overzealous professor; in one case, I defended a college student who had, on a term paper, attributed correctly in most cases; the few cases where he did not do not constitute plagiarism, just careless mechanics.

The overzealous enforcement of formatting and stylebook requirements obscures the essence of the plagiarism issue: was the material sufficiently original that the copying was more likely than not dishonest? A handful of attribution errors is a weak justification for a charge of plagiarism, especially if much of the material is mise en scene or genre-specific. However, a large number of failures to attribute, especially if the words are the same and the material is original, may lead to the opposite conclusion.

Along the same lines, an inexperienced writer may have an insufficient grasp of his/her institution's guidelines for paraphrase vs. verbatim quoting. There are times when one or the other is appropriate, and of course, quoting requires correct punctuation.

Some additional comments from specific cases: (unless otherwise noted, my work product was an expert report or affidavit):

In this case, I identified numerous similarities between two educational DVDs (topic: succession planning for family-owned businesses) and concluded that one had been plagiarized. The two DVDs treated the subject with many of the same examples, topics, and phraseology.

In this case I rebutted a charge of plagiarism involving procedural manuals for two behavioral health-care facilities. The two manuals were of necessity about the same things - but similarity of content does not, in and of itself, constitute plagiarism. E.g., both institutions had reward systems, but they were very different.

In this case, the Defendant was accused of appropriating debt-collection form letters from her former employer. I showed that such letters were widely available, dealt with the same topics, and employed the same rhetorical strategies.

Finally, a case that shows the difficulty of establishing what is and is not in the public domain. In his April 29, 2015 column, that prissiest prig of correctness, George Will, wrote "the question conservatives have learned to ask before going abroad in search of monsters to destroy:..."

The phrase "go abroad in search of monsters to destroy" was a brilliantly concise statement, attributed to John Quincy Adams, of America's role in the world. It generated over 300,000 Google hits, so there is a strong argument that it is in the public domain, and Will felt no need to attribute. But it's such a strikingly-worded statement (cf. America does not go about looking for maleficent nations or groups to punish - pretty clunky, no?) that even at this late date and with 300,000 hits, I still think Will should not have implicitly taken credit.

As long as there is originality, there will be plagiarism. As Tom Lehrer sang in his classic song on the subject, Lobachevsky,""Don't forget why God made your eyes - plagiarize!"

Alan M. Perlman, PhD an academically trained career linguist, is a forensic expert who offers clients exceptional quality, experience, and expertise. He is one of a small number of linguistics experts who assist the legal professions. Like other forensic linguists, Dr. Perlman applies the principles and methods of linguistics to the language of legal proceedings, disputes, and documents. He has a PhD in linguistics and more than 20 years of experience as an expert in forensic linguistics and the systematic analysis of language it requires. His expertise represents a unique combination: a deep theoretical understanding of the workings of language...together with extensive experience in the application of linguistic principles to the analysis of language samples in order to assist attorneys, other legal professionals, law enforcement personnel, and others in understanding the linguistic issues that bear upon particular cases.