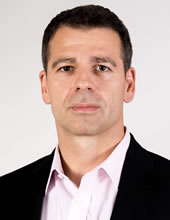 Background Experience: Dr. Jonyer is a scientist, engineer, educator, investor, and serial entrepreneur, with extensive research, development, and management experience in various areas of computer science with leading technology companies. Dr. Jonyer has been a venture capitalist with three different funds with responsibilities covering machine learning, autonomous vehicles, AR/VR, and mobile and streaming media delivery, among others. At Google he was responsible for launching Google TV devices with device OEMs and SoC vendors, such as Sony, Logitech, LG, Sharp, Samsung, Vizio, Intel, Marvell, and MediaTek. He has designed mobile communication systems for Nortel Networks and evaluated numerous telecommunications technologies as a venture capitalist.

Dr. Jonyer is a serial entrepreneur with two startups under his belt, and continues to be involved with the startup ecosystem by both investing in and advising early-stage startups. He has published extensively in machine learning and telecommunications, and has presented numerous times to a wide range of audiences, such as boards of directors, at conferences, and as a regular investor panelist.

Has completed cases in:

He has been retained on cases involving major technology companies, including: