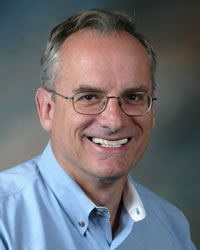 Garry E. Kitchen is a respected Video Game Expert Witness, with 40 years of experience in the industry, as a developer, game designer, publisher, and business executive. An early pioneer in the art, he has been recognized with numerous accolades and awards, including a WEBBY award, Inc. Magazine Entrepreneur of the Year, Video Game Designer of the Year, Software Publishers Association (SPA) Excellence in Software, Video Game of the Year, Lifetime Achievement Award(s) and many others.

Litigation Support - Mr. Kitchen has successfully performed as a technical expert for industry-leading companies, including Nintendo, Sony, Microsoft, Apple, Ubisoft, Wargaming, Disney, LEGO, Hasbro, Zynga, FanDuel, and SuperCell. The majority of his clients have worked with him on multiple engagements, a testament to their satisfaction with his performance. He has been deposed dozens of times and has significant experience testifying at trials and arbitration hearings.

Testimonials - Mr. Kitchen takes great pride in going above and beyond for his clients. Here are recent verbatim comments from Mr. Kitchen's clients:

"The pleasure was all ours!! You have been great. I hope to work with you again soon."

"Your report left us speechless and we couldn't be happier."

"Thank you. Your speed and work on this was amazing."

"I very much enjoy working with you and watching you eat up opposing counsel during depositions."

"I don’t know if you heard, but the arbitrator found in favor of [client] on all 8 causes of action asserted by [opposition], awarded no damages, and will award [client] attorney’s fees and costs against [opposition]... Thank you for all of your work on this.  I learned so much and really enjoyed working with you."