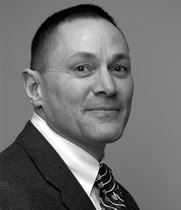 Donald L. Leach, II, is a Jail / Corrections Management expert with over 30 years of experience. He has 20 years of consulting experience on jail management issues nationally, focusing on Risk Management for Jails and Jail Operational Methodology.

Litigation Support - Mr. Leach has served as an expert witness for 5 years, in both State and Federal court. His services are available to counsel for both Plaintiff and Defense and include case review, testimony, and consultation for jail and prison issues.

Dr. Martinelli is the prevailing expert in over 90% of his retained cases. He has saved defendants over $300M and earned plaintiffs over $160 million in jury verdicts and settlements since 2004. He is the media's go-to forensic expert for FOX News, One America News Network, CNN, HLN, Sky News, BBC, NPR, and the History & Discovery Channels. Dr. Martinelli is skilled in crime scene reconstruction, forensics, applied sciences, human factors, psycho-medical emergencies and premises liability and security cases. His unique and extensive field experience, combined his academic and scientific credentials, excellent written reports and persuasive testimony, make him a very appealing expert to attorneys and juries alike.

• View Dr. Ron Martinelli's Biography
• Visit Dr. Ron Martinelli's Firearms Training Website
6/26/2017 · Police Practices & Procedures
The "21 Foot Rule" - Forensic Fact or Fantasy?
By: Dr. Ron Martinelli
Officers throughout the United States and perhaps internationally have heard use of force instructors discuss the "21 Foot Rule" during their officer safety, firearms and deadly force training. As both a use of force instructor and practicing forensic police practices expert, I have also trained and testified to this concept myself.
Read Article
6/9/2017 · Police Practices & Procedures
Responses to Psycho-Medical Emergencies
By: Dr. Ron Martinelli
On a hot July day, fire and police are called to the home of a 55 year old man suffering from heat stroke. Police arrive first and find the man sitting on a bench in his front yard. When the officers approach the man and ask him to give them his cane, he becomes agitated and non-compliant. One officer suddenly grabs the cane away from the man, who screams and suddenly stands up. The man is tased, taken to the ground, beaten and handcuffed. He is transported to the hospital where ER physicians confirm a diagnosis of heat stroke. The man has no criminal history. He sustains numerous moderate injuries which keep him from returning to work for several weeks. The officers and agency are sued and settle out of court.
Read Article
4/25/2012 · Law Enforcement
Law Enforcement: To Chase Or Not To Chase?
By: Dr. Ron Martinelli
An officer detains an active parolee gang member for questioning, and during the detention, the suspect suddenly runs. The officer chases the suspect for two blocks, observes the suspect to be grabbing into his shorts pocket.
Read Article
2/15/2012 · Police Practices & Procedures
Murder or Stress-Induced Hypervigilance? Officer Johannes Mehserle and the Infamous "BART Shooting"
By: Dr. Ron Martinelli
On November 5, 2010, Superior Court Judge Hon. Robert Perry sentenced former BART Police Officer Johannes Mehserle to two years in state prison for the January 1,2009, accidental shooting death of 22-year-old Oscar Grant at the Fruitdale BART station.
Read Article
11/3/2011 · Law Enforcement
"The Art of Force" - Pre-Contact Threat Assessment
By: Dr. Ron Martinelli
San Francisco Police officers respond to a call of an agitated mentally disturbed and disabled man in a wheelchair wielding a knife and vandalizing parked cars on a downtown city street. A group of at least six uniformed and plain clothes officers locate and surround the man who remains seated in his wheelchair. The officers' initial attempts to communicate with the angry, apparently delusional and armed man prove ineffective.
Read Article
9/13/2011 · Law Enforcement
Taser Mentality
By: Dr. Ron Martinelli
An officer responding to a report of a domestic argument between husband and wife observes the husband walking down the street.
Read Article
7/15/2011 · Law Enforcement
The Forensic Force Series: Psychophysiological Responses to TASER-ECD Influence
By: Ron Martinelli
One of the most pressing problems within the law enforcement and use-of-force instructor communities is the reconciliation of force deployments with subject noncompliance and resistance.
Read Article
The Truth Behind the Black Lives Matter Movement and the War on Police
Dr. Ron Martinelli
A facts-based introduction to the controversial and militant Black Lives Matter political organization and movement written by a nationally renowned forensic criminologist who has been involved in many of the nation's most publicized police-involved death cases. Learn about the movement's founders, ideology, funding sources, surrogates, radical goals and objectives to disenfranchise law enforcement and usurp the rule of democratic law. Several infamous police death cases forensically explained and numerous false narratives of the movement are factually destroyed with explanations of the actual circumstances. This is a powerful, vetted "go to" reference source for researchers, the media, law enforcement and those interested in this radical movement.