Mr. Howell has investigated approximately 125 incidents that occurred in chemical plants, refineries, pulp and paper mills and similar industries for attorneys, insurance companies and regulatory agencies. He has determined the root causes using methodologies consistent with NFPA 921, Center for Chemical Process Safety, United Steel Workers, and the National Safety Council.  The root causes determined were based on the evidence, Recognized and Generally Accepted Good Engineering Practices and federal regulations.

John Hatcher is an industry leader in Building Systems Engineering including, Security, Building Automation Systems, Fire Alarm Systems, Intelligent Building Concepts and Commissioining. He has worked on some of the most prestigious facilities in the world including the Americas, Europe, Middle East, Russia, India and Southeast Asia. 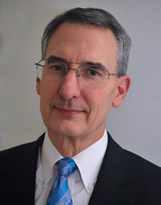 Forensic cases have occurred in approximately 35 states. As indicated in feedback from attorneys on expert witness cases, some of his strengths include understandable guidance, responsiveness, timeliness, communication, effective report writing, strong testimony (including on cross), efficiency, organization, and assistance with framing case issues.

Email Website
Dr. David W. Riley is an Extrusion Analysis & Plastics Rheological Consultant. Dr. Riley has spent over nineteen years as a consultant in the field of Plastic Processing. He has over forty years of experience in developing Polymer Defect Technology and fifteen years in developing the field of Plastic and Polymer coefficient of friction related to the feed section of the extruder.

Thomas H. Burtness, PE, is an Electrical Engineer specializing in both Electrical and Building Construction - equipment selection, specification, and installation (actually “working with the tools”), as well as cost control techniques.

Litigation Support - Since, 1981, Mr. Burtness has been providing forensic electrical engineering services to insurance companies and attorneys including accident and failure investigations, determination of cause and origin, litigation support, expert opinions, reports, and testimony. His services are available nationwide, with PE registration by comity available in most states. 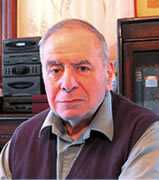 Geoffrey Beresford Hartwell is a Chartered Engineer who practices as an Arbitrator, Adjudicator and Expert for Determination. Geoffrey is the former Senior Partner of Consulting Mechanical and Electrical Engineers BHA Cromwell House.

A one time Chairman of the Expert Witness Society, Geoffrey Hartwell has experience giving evidence in court (in both civil and criminal matters) and in International Arbitration. He sometimes is retained as a Single Joint Expert or as a Tribunal Expert. His services are offered to both Plaintiff and Defense. Even when retained on behalf of a Client he, like all Experts, has an overriding responsibility to the Court or Tribunal.

After his early career in aerospace and nuclear energy, Geoffrey entered private practice in association with the late Leslie Heap and Gerald Lewis of Heap and Digby, Consulting Engineers, in 1969. While with them he designed water and sewage equipment and also the bascule moving machinery for the Lowestoft Bridge, in Suffolk. He practiced also as Beresford Hartwell and Associates and, in 1971 established a separate office in Wallington, South London.

Technical Expertise:Arbitration: Geoffrey Hartwell also acts as an arbitrator and adjudicator, as an expert mediator and conciliator, as an expert investigator and assessor for arbitral tribunals, and also as a Special Referee in the High Court of Justice of the Isle of Man. His services have been required in the UK and internationally.

Dispute Boards: Geoffrey Hartwell has experience both as Member and as Chairman of Dispute Boards?. He has been a member of Dispute Boards, retained from the beginning of a project or, alternatively, appointed on an ad hoc basis when a problem arises, Dispute Adjudication Boards to determine a binding decision, and on Dispute Review Boards to make decisions that are advisory but not binding.

Adjudication: Similar to arbitration, Mr. Hartwell adjudicates domestic and international disputes which are only temporarily binding unless otherwise agreed upon by the parties.

View Geoffrey Beresford Hartwell's Consulting Profile.
• Geoffrey Hartwell's Curriculum Vitae
• Papers
• The GBH Blog
• Fee Schedule
12/4/2013 · Mediation
The Commercial Way to Justice
By: Geoffrey M. Beresford Hartwell
International Commercial Arbitration, the chosen basis of the annual Willem Vis Moot, is arguably not au fond a process at law. It is quite simply the performance of an agreement between two parties to have a chosen third party hear and determine some difference between them.
Read Article 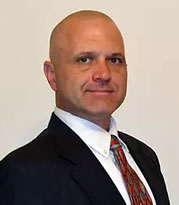 Jason S. Kiddy, PhD, PE, CFEI, is a principal at Aither Forensics Engineering, LLC, a forensics consulting firm located in Maryland. Dr. Kiddy spent over 20 years in various industries prior to becoming a full-time expert witness. He has broad industry experience in Mechanical and Aerospace Engineering from which to draw extensive knowledge on a wide variety of topics. Dr. Kiddy holds eight U.S. and four foreign patents. His work experience includes the following industries:

Litigation Support - Dr. Kiddy regularly assists both plaintiff and defense parties with extremely competitive rates, timely service, and expert advice. As an expert witness, he has supported dozens of matters including opining on such topics as: product liability, construction defects, industrial equipment, premise maintenance and liability (slips, trips, and falls), and heavy equipment.

AVOIDING IT DISASTERS - THE EXPERT WAY