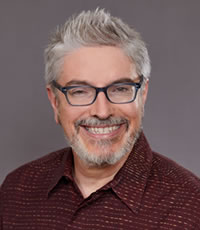 Mr. Smith bears the distinction of long occupying the topmost organic rankings for searches for "SEO Expert Witness", establishing that he is a not only able to speak to the theory of search engine optimization, but is also able to practice it. Smith's legal work has enabled his clients collectively to be awarded more than $94 million in their court cases, and his clients prevailed in the majority of cases he has served upon.

Background Experience - Mr. Smith has a diverse background as he was self-taught programming in high school, and was first trained in hypertext, the protocol subsequently succeeded by HTML, which continues to be the dominant markup language for webpages. Smith also learned higher-level C programming language in college, and later went on to work for a decade for Verizon where he ultimately was head of the technology department for one of the company's largest websites. In his roles at Verizon, Mr. Smith performed software development in multiple internet programming languages that included a proprietary Verizon language, PERL, PHP, and JAVA.

After leaving Verizon, Mr. Smith worked for a couple of prominent and exclusive internet marketing companies before founding his own agency at Argent Media™.

Chris Silver Smith has long been a writer for Search Engine Land, one of the industry's top news and information websites for search engine marketing, and he has spoken at numerous conferences on his areas of expertise.

Reputation Reboot: What Every...