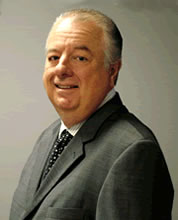 Dr. Richard K. Skala, DC, QME, has been a Doctor of Chiropractic since 1976, providing chiropractic manipulation and spinal manipulation, as well as related physiotherapy. Certified in Manipulation Under Anesthesia (MUA), he has been granted Hospital / Surgery Center privileges for MUA and has performed hundreds of MUA cases. He was one of the first chiropractors in California to train for and provide Extracorporeal Shockwave Treatments (EWST). He has post graduate certification in the performance and interpretation of neuro-electrodiagnostics. Consultation and Expert Witness Services for Attorneys regarding

One of the foremost experts in Workers’ Compensation in California, he has taught many doctors on the subject and testified at numerous WCAB trials and hearings. He has been declared an expert witness by the California Workers’ Compensation Appeals Board. He has been a Qualified Medical Evaluator since 1992, an Independent Disability Evaluator since 1992, a certified AMA Impairment rater since 2003, a Fellow of the Academy of Chiropractic Forensic Consultants (AFICC) since 2003, and a consultant to the California Board of Chiropractic Examiners since 2008.

Dr. Skala is a noted author in his field of expertise. He has written numerous published newsletter articles on Chiropractic and other topics related to that field.