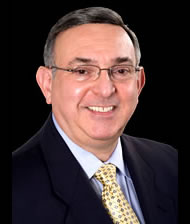 A Quick Overview of Commercial-Damages Economics

Commercial damages occur in breach-of-contract and business-tort cases that result in claims of lost profits or diminished business goodwill or business value. Intellectual-property-infringement cases and antitrust cases also can involve such loss claims. The measurement of damages in these types of cases follows a basic methodology, with some variations in intellectual-property matters. Measurement of damages in securities-fraud cases uses a different approach.

In any of these cases, if defendant's actions caused a loss to plaintiff, the history of the plaintiff's business, or the price of the stock, after the onset of damages is different than it would have been without these actions. Of course, causation itself is an issue for trial, but any damage analysis must assume causation will be established, whether or not it eventually is. The principle of compensation for damages is to restore the plaintiff to the economic position it would have experienced but for the incident that caused the damages. If restoration is to the economic position the plaintiff reasonably could have expected, measurement of damages requires construction of an economic model that is a reasonable representation of the economic history of the business or the stock price had the defendant's damaging actions not occurred.

Often lost profits results from a decline of sales, after the incident, relative to the trajectory that sales would have followed but for the incident. The plaintiff must exert reasonable efforts to offset the loss and mitigate the damages. Such efforts may result in an increasing trend of actual "with-incident" sales reversing the declining trend. At some subsequent point of time, actual sales may increase sufficiently that profits after that point equal or exceed the profits that would have occurred then and thereafter but for the incident. If so, full mitigation of damages would have been achieved.

An absolute drop of sales may not be necessary to cause lost-profit damages. The incident may have caused the growth trend of sales to decelerate. Another possible source of lost profits is increased costs with no sales decline. This can occur, for example, if a machine's efficiency is misrepresented or if it is defective.

It is possible that the incident damaged the business so severely that full mitigation at any time cannot be reasonably assumed. In that case the business experiences a permanent diminution of value. If the company goes out of business because of the incident the loss is the full value of the business but for the incident. It may not be possible to determine if full mitigation could be achieved at some future time after the valuation date. In that case another economic model "with incident" can be used to project a sales trajectory that intersects the but-for-incident trajectory within some reasonably minimum time. The damages so calculated can provided a minimum figure for comparison with damages calculated assuming that full mitigation is unachievable.

Past lost profits before the valuation date can just be accumulated to a total, but future lost profits must be discounted to present value as of the valuation date. The reason for discounting is that the plaintiff has the opportunity to invest the portion of the damage award corresponding to future losses and to earn a return on investment that would offset the damages. This benefits the defendant, but, if it were not considered, would enable to plaintiff to obtain a double recovery - both compensation for the future loss and the investment return. Since there is risk inherent in the generation of future profits, the discount rate should be consistent with investments of equivalent risk.

Patent damages are lost profits, but, if they can't be reasonably quantified, at least a reasonable royalty. Special considerations are required for estimating lost revenue beyond the typical case described above. The analysis is guided by the landmark case Panduit Corp. v. Stahlin Bros. Fibre Works, Inc., 575 F.2d 1152 (6th Cir. 1978). This requires demonstration of demand for the infringed product, plaintiff's production and marketing capacity, plaintiff's profit but for infringement, and the effect of substitute products on sales, if any.

The analysis considers whether plaintiff would have charged the same price as defendant on defendant's sales and how the defendant's sales may have caused erosion of plaintiff's price on sales it retained due to additional competition from defendant. Conversely, plan{tiff may not have lost all of defendant's sales, but for the infringement, because the higher but-for price may have limited but-for sales. Plaintiff may have also lost "convoyed" sales of unprotected products usually sold because of customers' demand for the patented product. In general there are no future lost profits in a patent case because plaintiff will be awarded an injunction against additional infringement. If the patent is close to expiration, however, defendant's entry before expiration may reduce plaintiff's post-expiration sales and cause future damages.

Panduit defines a reasonable royalty as an amount that would enable the licensee to earn a reasonable profit when viewed from the perspective of the beginning of the infringement. Panduit also refers to Georgia-Pacific Corp. v. US Plywood-Champion Papers, 446 F.2d 295 (2d Cir. 1971) for further guidance. Georgia-Pacific states fifteen criteria to consider in estimating a reasonable royalty rate. Georgia-Pacific's broadest criterion concerns conducting a hypothetical negotiation as if the parties would have been willing to negotiate a licensing agreement when the infringement first occurred. Apart from the hypothetical negotiation, actual royalties received on the patent in suit, if any, or paid by the infringer on similar products are to be considered. Other criteria concern the specific terms of the license, the patentee's licensing policy and the competitive or complementary business relationship of the parties. The effect of the patented item on convoyed sales is another criterion.

Rule lO(b)-5 pursuant to section lO(b) of the 1934 Securities Exchange Act prohibits fraudulent or misleading information in connection with securities transactions. In a buyer's suit, the measure of damages is the purchase price less the lower "true" value per share of the stock. In a seller's suit, the measure of damages is the "true" value less the lower sales price. The time period for calculation of damages is from the date the fraud occurred to the date of discovery. During the damage period, different investors may buy or sell the stock. The damage calculation is based on a "true-value line" that estimates the daily stock price but for the fraud. Daily damages are based on the difference between the estimated true value and the actual stock price.

The amount of damage each day in the damage period is the discrepancy between the true value and actual price, as estimated using the above methodology, multiplied by the number of shares disadvantageously traded on that day. It is likely, however, to be difficult or impossible to determine the trading behavior of each investor in the stock during the damage period. Therefore the number of shares disadvantageously traded is estimated from published data on aggregate trading volume.

Such a model postulates a different cohort of buyers in each day of the damage period. On a given trading day during the damage period, the model calculates the ratio of shares traded to the total number of shares outstanding that is available for trading, the "float." The model assumes that each prior cohort sells this percentage of its current holdings to the current day's cohort. This is called an "equal probability" trading model. By stepping the model through each day of the damage period, it is possible to generate the number of shares purchased and sold by each cohort each day.

Several refinements can improve the accuracy of the trading model. It may be possible to determine that a percentage of outstanding shares have a very low probability of trading because they are held by long-term investors. The trading float can be adjusted downward for this percentage. The company may issue or buy shares back during the damage period, thereby affecting the number of outstanding shares. Such changes should be integrated into the trading model. Short sales distort the trading picture because they are borrowed from the cohorts and then sold, giving the appearance that trading among the cohorts is higher than actually by the amount of the short sales. Finally, trading by specialists causes double-counting of those trades, since they are buying and selling from the cohorts. Trading volume should be adjusted down for the percentage accounted for by specialists.

Economic analysis is used in antitrust cases to demonstrate the fact of damages as well as the amount of damages. Measurement of the amount of damages generally follows the lost-profits methodology above. Antitrust law is intended for the protection of consumers from abuses of the free-market system that result in loss of economic efficiency. The Sherman Act prohibits in Section 1 restraint of trade and in Section 2 monopoly in, or attempt to monopolize, a market.

Monopolization is the ability to control price or exclude competition. This is "market power." An economic model of a monopoly market has all of the price-quantity combinations on the downward-sloping demand curve available to the one seller. The monopolist prices where marginal revenue equals marginal cost. In a competitive market characterized by the same demand curve an equilibrium price would be established where the price on the demand curve equals the marginal cost of the least efficient competitor. The monopoly price is higher than the competitive price and the quantity sold is less in the monopoly market than in the competitive market. The higher price and lower quantity in the monopoly market represent an economic injury to the consumers in the market. Proof of the fact of damages requires identification of the relevant product and geographic markets and consideration of several of their economic attributes.

Restraint of trade can be manifested in collusion among competitors to fix prices, divide a market into exclusive sub-markets or establish a boycott. "1Ying arrangements" require purchasers to buy a product having a high elasticity of demand together with one having a low elasticity of demand for which the seller has market power. Price discrimination violates the Clayton Act and the Robinson-Patman Act. Price discrimination involves the seller having access to at least two separate markets with market power in one of them. The seller charges a higher price in the low-demand-elasticity market.

Hopefully this brief overview of damages economics will provide a handy reference guide for where to initiate economic analysis in the case types discussed.

Dr. Jules Kamin has provided litigation consulting and expert testimony services on economic and financial issues since 1987. He has been retained in more than 600 matters and has testified for both plaintiffs and defendants in hundreds of depositions and some 70 trials and arbitrations. In the area of commercial damages, Dr. Kamin has been retained to opine on:

Plaintiffs often desire short cuts to damage measurements. Given the cost of using experts employing proper methods and data, the temptation is obvious.

Neither Expert Nor Inventor Allowed To Opine On Reasonable Royalty Damages

A Delaware federal court recently closed the door on each of two possible paths to damages for Plaintiff in the matter of AVM Technologies, LLC v. Intel, Inc. (Civil Action No. 10-610-RGA). U.S. District Judge Richard G. Andrews granted Defendant's motion to exclude Plaintiff's expert, while also granting Defendant's motion in limine to preclude any proposed expert testimony from the inventor of the patent in question.