In various industries there are valve applications where the standard valves used do not function satisfactorily. When scale is formed on the moving elements of ball valves or gate valves the consequence is either blocking of the valve movement or damage to the valve seats and consequent leaking through the valves.

A development of AS Stargate-O-Port� valves was carried out in 1995, which lead to a good performance in pulp manufacturing. Later the same principle was used in the food industry. The most impressive application was in mining, where standard valves had to be exchanged every two weeks, whereas the Anti-Scale valves are in operation now for three to four years without any need for refurbishment. The increased production by eliminating downtime has paid many times already for the investment in the valves.

1. Introduction
In applications of valves in the process industry there are many challenges to be met, corrosion, abrasion, pressure shock waves, temperature shocks just to mention a few. Less frequently but often with more critical consequences an effect is found in scale formation in valves. Another problem is the dealing with sticky flow media. Both these effects usually lead to problems with the performance of valves and often also have a severe effect on the safety of personnel.

The consequences of these effects are often damage to the valve seats when the valves are actuated, which then leads to leakage through the valves. Deviation in the process, inconsistent quality of the produced material, loss of energy and increased production cost are the result.

The most critical consequence may be experienced when the valves cannot be operated at the required time. This can lead again to inconsistent quality of the produced material, possibly loss of a major amount of product and even worse possibly hurting persons when the valves have safety functions.

In any case the affected valve applications have to be analyzed and solutions to be found in order to minimize the effects of scaling and sticky materials.

2. Stargate-O-Port� Valves
About 30 years ago Stainless Valve Company first developed a valve called Big Blow. A pulp mill had a severe problem using ball valves on as blow valves on batch digesters. The life of the ball valves was between two months and two weeks. This unacceptable performance of the ball valves called for the development of a valve, which today usually has a service life between refurbishments of about 3 years or more, depending on the piping system.

Meanwhile the same basic principle is used for our OPort valves for other applications in many different industries, like power generation, food, oil and gas, petrochemical and others.

Much was learnt from the blow valves and applied to the development of modern O-port valves for other applications. The basic principle of the valves is the same.

Dr.-Ing. Dirk A. Lindenbeck is a consultant for B+E Manufacturing Co., Inc. and Stainless Valve Co. B+E consists of Machining on computerized numerically controlled milling and turning centers, using computer aided design (CAD) and computer aided manufacturing (CAM) for programming the Machine Tools. B + E does machining service for customers and assembly work of machines and equipment of its own and customer design.

Outbreaks Where Food Workers Have Been Implicated in the Spread of Foodborne Disease. Part 11. Use of Antiseptics and Sanitizers in Community Settings and Issues of Hand Hygiene Compliance in Health Care and Food Industries

Hand washing with soap is a practice that has long been recognized as a major barrier to the spread of disease in food production, preparation, and service and in health care settings, including hospitals, child care centers, and elder care facilities. Many of these settings present multiple opportunities for spread of pathogens within at-risk populations, and extra vigilance must be applied. Unfortunately, hand hygiene is not always carried out effectively, and both enteric and respiratory diseases are easily spread in these environments. Where water is limited or frequent hand hygiene is required on a daily basis, such as for many patients in hospitals and astronauts in space travel, instant sanitizers or sanitary wipes are thought to be an effective way of preventing contamination and spread of organisms among coworkers and others. Most concerns regarding compliance are associated with the health care field, but the food industry also must be considered. 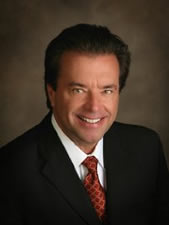 Engineering: Your Internet Image Could Be Sabotaging Your Career

With the wealth of knowledge available at the click of a mouse, the Internet is a wonderful tool that can really help accelerate your career. But have you ever stopped to consider what information about you might be available to others on the Internet?