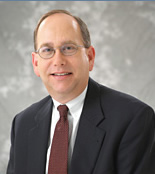 In Rojas, Rojas purchased a car from Platinum Auto Group. As part of the agreement, Rojas agreed to a deferred down payment, which required four payments, one of which was to be made after the date the second installment payment would be due under the retail installment sale contract. Although the parties agreed that a deferred down payment would be made, the RISC listed the down payment on line 6(g) labeled "Remaining Cash Down Payment" instead of a Deferred Down Payment on line 60 of the contract. The contract was thereafter assigned to Topaz Financial.

Rojas sued Platinum and Topaz seeking rescission and restitution for violation of the Rees-Levering Motor Vehicle Sales Act as well as violation of the Consumer Legal Remedies Act and Business & Professions Code § 17200. Platinum and Topaz demurred on the grounds that while the deferred down payment was not on the correct line, it was a trivial defect and that no damages were alleged. The demurrer was sustained. On appeal, however, the court found that the trial court erred and that the demurrer should have been overruled. In doing so, the court found that Rees-Levering requires strict compliance as it relates to the disclosure of down payments, including a requirement that a deferred down payment be included on the correct line of the contract. The court found that substantial compliance with this section was not required and damages were presumed to exist based on the statutory history of Rees-Levering. The court noted that the legislature did recently relax the requirements of Rees-Levering as it relates to how government fees are disclosed, but the legislature did not soften the requirements for disclosure of deferred down payments, thus confirming that strict compliance is required.

The court noted that the penalty for a failure to comply with the provisions of Rees- Levering that require the proper disclosure of a deferred down payment is that the contract be determined to be void and unenforceable. Thus, carefully reviewing the contracts that are assigned for proper disclosure of deferred down payments is crucial to avoid the extreme repercussions that may follow for noncompliance.

Rees-Levering does permit enforcement of a contract by the holder where the holder of the RISC has no knowledge that a deferred down payment was made as the contract was improperly prepared, and also permits for correction of the contract by either the dealer or the finance company within ten days of the execution of the contract. As such, it is more important than ever to carefully review contracts that are received to make sure that all provisions of Rees-Levering are complied with. 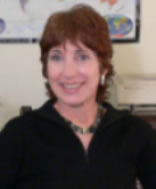 Here's the Skinny on LLC's

The Limited Liability Company ("LLC") gives its owner the liability protection of a corporation, combined with relatively informal management. The owners of an LLC are called Members, rather than shareholders or partners. An LLC can be formed in any of the 50 United States, and most states allow single-member LLC’s