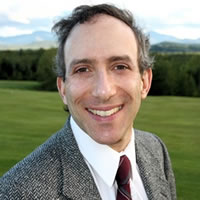 Compliance with environmental regulations often entails significant capital investment in pollution control equipment, which in turn leads to ongoing operation and maintenance expenses. The environmental improvements that justify these costs typically accrue to society, rather than to the facility that installs the controls. This can create significant financial incentives to delay or avoid such pollution control costs.

In response, the U.S. Environmental Protection Agency (EPA) has made the recapture or disgorgement of this financial gain - or "economic benefit" - a cornerstone of its civil penalty policy for environmental enforcement. Critics have alleged that EPA assumes such environmental noncompliance always generates a positive economic benefit to the noncomplying entity. Sunil K. Garg, Conundrums in EPA's Economic Benefit Analysis Policy and Practice, NAT. RES. & ENV'T., Spring 2004, at 32. However, EPA clearly understands and acknowledges that delayed compliance does not inevitably lead to economic benefit. For example, EPA's economic benefit, "BEN," computer model contains a number of features designed specifically to address situations where the economic benefit may be negative (e.g., entry of negative cost estimates reflecting net savings from new pollution control equipment, specification of separate on-time versus delayed cost estimates reflecting significantly lower costs had the delay not occurred). The BEN User's Manual (also incorporated into the computer model's help system) provides guidance for applying these features to situations where the economic benefit might be negative. EPA's June 1999 Federal Register response to public comments, while cautioning users about negative economic benefit claims, states quite clearly that "The Agency recognizes that economic benefit can be negative - in both theory and practice." EPA, Calculation of the Economic Benefit of Noncampliance in EPA's Civil Penalty Enforcement Cases, 64 Fed. Reg. 32,966.

When economic benefit is present, EPA has metaphorically referred to its recapture as "leveling the playing field," but the implicit postscript is "all else being equal." That is, the recapture of the financial gain from environmental noncompliance returns the violator to the level it would have attained had the violations not occurred. The overall competitive playing field between the violator and others may be unlevel for a variety of factors (e.g., location, management, input costs, marketing). Therefore, a violator's financial gain from polluting the air, land, or water of the United States should not be offset by, say, the wage differential accruing to its Chinese competitor, despite one critic's assertions to the contrary. Id. at 38. The purpose of a civil penalty's economic benefit component is not to promote international competitive parity across producers.