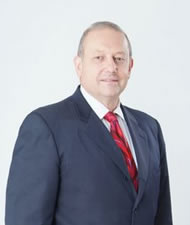 Why Juries Can Be Trusted

Setting aside the one case in 100,000 that makes headlines, are juries generally capricious and liberal? Are verdicts frequently unreasonable? In order to effectively assess the quality of the civil jury system, there is a compelling need for research on the quality of jury decision-making, rather than anecdotal, if spectacular, cases. Whatever the solution, contemplating altering the rules of the civil jury system ought to be based on a careful examination of the outcomes generated by the jury decision-making process, rather than on anecdotal, emotionally manipulative stories of supposed jury incompetence.

My own research, in fact, provides strong evidence that juries are rational, restrained, and thoughtful, that their verdicts are quite predictable. The awards they determine can be mostly anticipated and are based on factors that juries should be considering to determine awards. If anything, juries err on the side of the defendant, not the plaintiff. Last year, I completed a doctorate in economics at the University of Chicago, for which I wrote a thesis based on an empirical examination of the civil jury system. I was fortunate to have my research supervised by several of the world's premier economists, including the 1992 Nobel Laureate in Economics.1

In my dissertation, I analyzed compensatory and punitive damages awarded by juries for claims arising from injuries sustained in automobile accident cases involving allegations of driving under the influence of alcohol. My objective was to determine if juries were making rational, well-thought-out decisions in awarding compensatory damages. In this article, I give a synopsis of the results of my research and the relevance of these findings to tort reform efforts.

Ideally, to assess how juries make decisions, we would like to observe their actual behavior in the jury room. Unfortunately, the jury deliberation process is hidden from view. As a matter of fact, for a short time in the mid-1950s, researchers at the University of Chicago were permitted to listen in on the deliberations of several federal juries, but a subsequent Congressional inquiry soon led to legislation prohibiting this. Thus, exactly how juries reach decisions inside the jury room cannot be observed or determined directly, which presents a thorny research problem: We can observe what is presented to a jury, and we can observe the results of the decisions that juries make, but actual deliberations are hidden to researchers. We can only infer what factors they base their decisions upon. But, by using econometric analysis, powerful conclusions can be reached based on standard statistical research methodologies. Among the prior research papers published in this area, there are two notable studies that were highly informative and report findings consistent with that of other jury verdict research.

An economist at Harvard University, Kip Viscusi, examined over 11,000 insurance claims and evaluated all claims that paid for pain and suffering.2 The results of his research led him to reject the idea that payments for pain and suffering awards are arbitrary and capricious. In fact, the average payment was rather modest, amounting to approximately $18,000 in 1986 dollars. Viscusi argues that proposed limits or caps on awards for pain and suffering would negatively impact the few victims of catastrophic injuries, such as brain injury and quadriplegia, while leaving the great majority of awards for lesser injuries unaffected. He found that larger claims for pain and suffering do not receive proportionally larger awards.

A researcher at the RAND Corporation, Robert MacCoun, reviewed a large body of jury verdicts and observed, among other things, that fewer than 9 percent of cases involve punitive awards, and the median in 15 of 20 jurisdictions was below $40,000.3 He also found that over 50 percent of punitive awards were reduced or eliminated in post-trial proceedings, that wealthy defendants do not have a different outcome than other noninstitutional defendants, and that while juries tend to award more money than judges, judges tend to find for the plaintiffs more often. MacCoun concluded that there was no evidence to suggest that jurors are less competent than judges as fact finders and cites evidence for advantages in the performance of heterogeneous groups over that of individuals.

What do juries count as important? How much of their decisions can be explained by observable factors? These are important questions to be addressed in assessing the quality of the civil jury system. They are questions I sought to answer in my own research.

A Model of the Jury Decision

Dr. Stan V. Smith, is a nationally renowned Economist and Financial Consultant providing analysis in simple terms that any trier-of-fact can understand. As an expert consultant to plaintiff and defense attorneys representing clients in Federal State courts, he provides testimony and litigation support services in evaluating damages.

Benchmarks are the basis for damages. But when the assumptions behind the benchmarks fail to stand up to Daubert scrutiny, expert testimony may be excluded.

The Petroleum Matter or Mess?

At the present time, the fundamental question is whether the petroleum "event" will turn out to be a blessing or a curse for the United States, especially the nations middle class. The increasing price of petroleum, especially if it remains at elevated levels for a prolonged period of time (say 6 months or longer) could have a pronounced negative effect on the Middle Class. These effects can be broken down into three (3) major categories - direct, indirect and subsequential.

Inflation and the Middle Class - 2011 Onwards

A person does not have to be too old to truly remember the times (mid 1960's and early 1970's) when gas stations gave away trinkets, toys, glasses, tableware and even "Green Stamps" that could be redeemed for valuable "merchandise" when you purchased a few extra gallons of gasoline. How eager the major gasoline companies were to stimulate sales, create demand and obtain their growing share of middle class consumer dollars.