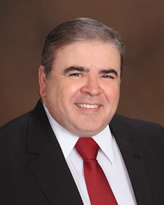 There once was a fire in a forest, the animals were in panic… they saw a hummingbird going towards the river, picking up some water in order to try to extinguish the fire. He repeated this gesture frequently and thoroughly.

When the other animals saw the gesture of the kiss-flower, the Lion asked him, “Hummingbird, what are you trying to do? The Hummingbird replied, “I am fighting the flames.” To which the Lion responded, “Do you realize you cannot put out the fire out with just your effort?” The Hummingbird said, “But, at least, I'm doing my best.”

This story has been told by many as an example to be followed, with the idea being that we should always do our best, regardless of what the others may do. From the standpoint of managing emergencies and disasters, the actions of the hummingbird often cause disasters. However, several lessons can be learned from this small story.

Therefore, he has used ineffective measures (he failed to extinguish the fire) and probably watched the forest burn down in flames, perhaps causing the deaths of many animals, and possibly himself. Using this story we can draw a parallel with real life disaster preparedness and emergency response.

What has just been described is called “the Hummingbird Syndrome.” The Hummingbird Syndrome describes a crisis situation with no previous plans for preparedness, mitigation or prevention. In these situations, many people flee and some act as the “Hummingbird,” acting on their own instincts, based only on their beliefs. In most cases, they believe they are being useful and effective in their methods. The result will probably be disastrous.

Many disasters can be avoided. By definition, disasters are critical situations where the response capability is lower than the magnitude of the main event. A small fire managed without the good practices can lead to a major disaster.

We can classify crises and disasters, didactically, in four phases: Pre-impact, Impact, Post-impact, and Recovery.

We live permanently in the Pre-impact phase, waiting for the next crisis or disaster. The question is not if they will occur but, where, when and why. We often believe in a Post-disaster phase, the worst has gone, forgetting that this phase coincides with the Pre-impact of the next event.

Some of the activities that precede the Impact phase are, prevention, preparedness, assessment of vulnerabilities, threats and risks assessments, monitoring of critical situations, mitigation preparation, preparation of business continuation plans, and disaster and/or contingency training. In other words, what we should be doing now in order to avoid the next disaster.

Applied to any crisis, vulnerabilities that are superficially analyzed, threats that are unrecognized or underestimated, in environments where there is no culture of preparedness and prevention for critical situations, invariably result in serious crises and disasters. When this occurs, the Hummingbird will probably be remembered as a hero, but will be victim of the inefficiency of the system which has failed to prevent disaster. It will be too late. It is up to friends of the Hummingbird to tell of his courage, but, however, he will have died in vain…

Luiz Hargreaves, AAS, MD, MS, MA is a qualified Expert in Crisis Management and Disaster Preparedness. He has been working in these fields for more than 30 years, with a large experience in major events, counterterrorism, disaster prevention and emergency planning.

Vulnerabilities And Threats: A Relationship Not Always Understood

Some articles have been written over the years about panic in disasters and fires. The idea that panic rarely occurs in disasters has been readily accepted. When disasters happen, usually, people act in such a way to show solidarity with the other victims. It is common to see some degree of organization in order to assist searches and reconstruction work.

Strong, well-organized labor can quickly cripple a miscalculating company.Any company bent on progress with a minimum of labor interference must keep its workforce watered and well-fed, and keep labor relations in apple-pie order