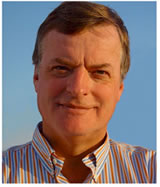 
"Crisis? What crisis?" So said UK Prime Minister Jim Callaghan way back in 1979 returning from the Caribbean to a strike ridden UK in national crisis with rubbish piled high on street corners and even the dead unburied in some cases. Or so history says. Callaghan never actually said these words. Instead the ever popular Sun daily newspaper said he did and our perception did the rest, with the result that Prime Minister Callaghan's entire Government was out of office a few months later.

It might have been 30 years ago but in a new age of immediate and global communications there is a message here for 2009: Any world leader is on a stage these days and the audience compared to 1979 is not just one country. It is the world population looking at their TV screens, mobile telephones or internet. How a crisis manager looks, speaks and manages can make all the difference between success and failure with repercussions that spread from one end of the globe to the other. Now 30 years later the lessons for all of us are still exactly the same, but with the added twist that communications are global, instant and on many different levels.

Across the globe supply routes for all critical services have become ever more stretched, fragile and vulnerable so that large scale emergencies hitting the critical national infrastructure of any country are likely to span regions, countries and even continents. Made even worse by a global recession. We must therefore look more closely at a common language of crisis definitions, shared risk management in the broadest context and focus on continuing critical services and activities during the acute phase of any crisis linked to post disaster recovery when the initial drama has past.

Some years ago we only talked about disaster recovery plans which by their title dealt specifically with trying to recover operations post event, rather than increasing resilience and planning to continue key activities irrespective of the crisis scenario. Quite often disaster recovery plans in the private sector only dealt with IT restoration in any case so that the rest of the organisation was more or less ignored.

Nowadays this has changed considerably as it becomes clear that all critical economic, social, cultural and business needs should be capable of sustainable existence, albeit on a reduced scale, if any community or organisation is going continue operating when a wide scale crisis occurs, especially in a world of severe economic depression, increasing threats and risks as well as rising insurance premiums. There are three basic reasons for scrutinising our radar screens and getting to grips with this now:

A good crisis manager should inspire trust, command respect, act with authority and impartiality, communicate well and be able to minimize potential conflict across a multidisciplinary team.

The hallmarks of a stable personality include reliability, level-headedness, and the ability to remain calm under pressure. Decisiveness is an outgrowth of the other two and dictates that managers should be prepared to formulate and implement decisions when under pressure; use balanced, analytical, and sound judgment and know whether to use an authoritative or consultative decision-making style. Such people are I expect a rare bread but I do believe you can train the right people to become leaders, or as a colleague of mine put it "given the right material we can actually make born leaders".

Reading the newspapers or simply watching television almost every week reveals some action or failure of action applied or committed by some individual or organisation that shows how vulnerable we all are to the application of leadership, especially in relation to crisis situations. All too often it seems that we do not have enough leaders, yet on other occasions we seem to have too many leaders and not enough followers?

CM in this sense, includes the need for executive leadership when a catastrophe is perceived to have hit, or might hit any organisation and its dependant units.

But just listing a series of leadership considerations can ignore the vital point about perception, or how others will be observing our crisis and it's here where the media step in and become your best friend or worst enemy - often depending on the attitude towards them by the organisation actually suffering the crisis.

In a very simple sense, any realistic response to a crisis has to come from the top, especially when it impacts or otherwise covers a wide area. But where is the top? They may not always see it this way, but the heads of any organisation in any country have a responsibility to avoid being crisis-prone and to demonstrate more than just routine boardroom respect. Add up the implications of whole raft of new pan global guidelines and legislation on issues ranging from corporate killing to risk assessment and the task can seem daunting. But it is not all about being pushed by fear of prosecution. Several organisations in the private sector have actually increased investment potential by successfully demonstrating strong crisis leadership as a positive feature of wide scale crisis management in the 'abrupt audit' of a real drama.

Often the real threat to corporate reputation has come not from what has happened but from what people think has happened is in the case of the British Prime Minister mentioned above. In other words, perception really counts, especially in restoring trust, enterprise and positive risk taking to recover international financial stability.

So where does this leave us? With H1N1 Swine Flu now a global pandemic, the footprint of terrorism spreading globally without restraint, fragile national infrastructures vulnerable to attack and no end of corporate banana skins ready to trip us up we should listen to the alarm bells that are already ringing.

But the sad the truth is, the alarms have been ringing for ages, but too many countries keep pressing the snooze button. It's time to wake up and take collective action now. So who needs Crisis Management? I think we all do...

Peter Power runs Visor Consultants (UK) Limited (www.visorconsultants.com) and is one of the most requested public speakers on CM and often appears on TV and Radio. He will be speaking at the GMEMS Kuwait conference mentioned above. His research on crisis decision making is quoted in the UK Government (Cabinet Office) Guide on Integrated Emergency Management and he is the author of many advice guidebooks. He is a founder member of the UK judging panel for BC Awards and sits on the British Standards Institute working party on Crisis Management. He is also a member of the Resilience subgroup within the UK Security Review Commission. Peter is the primary author / promulgator of the present UK Police command methodology Gold, Silver & Bronze and is a Fellow of the Chartered Management Institute, Emergency Planning Society, Business Continuity Institute and Institute of Risk Management. He is also as a member of the Guild of Freemen of the City of London.

Some articles have been written over the years about panic in disasters and fires. The idea that panic rarely occurs in disasters has been readily accepted. When disasters happen, usually, people act in such a way to show solidarity with the other victims. It is common to see some degree of organization in order to assist searches and reconstruction work.

Strong, well-organized labor can quickly cripple a miscalculating company.Any company bent on progress with a minimum of labor interference must keep its workforce watered and well-fed, and keep labor relations in apple-pie order

Vulnerabilities And Threats: A Relationship Not Always Understood